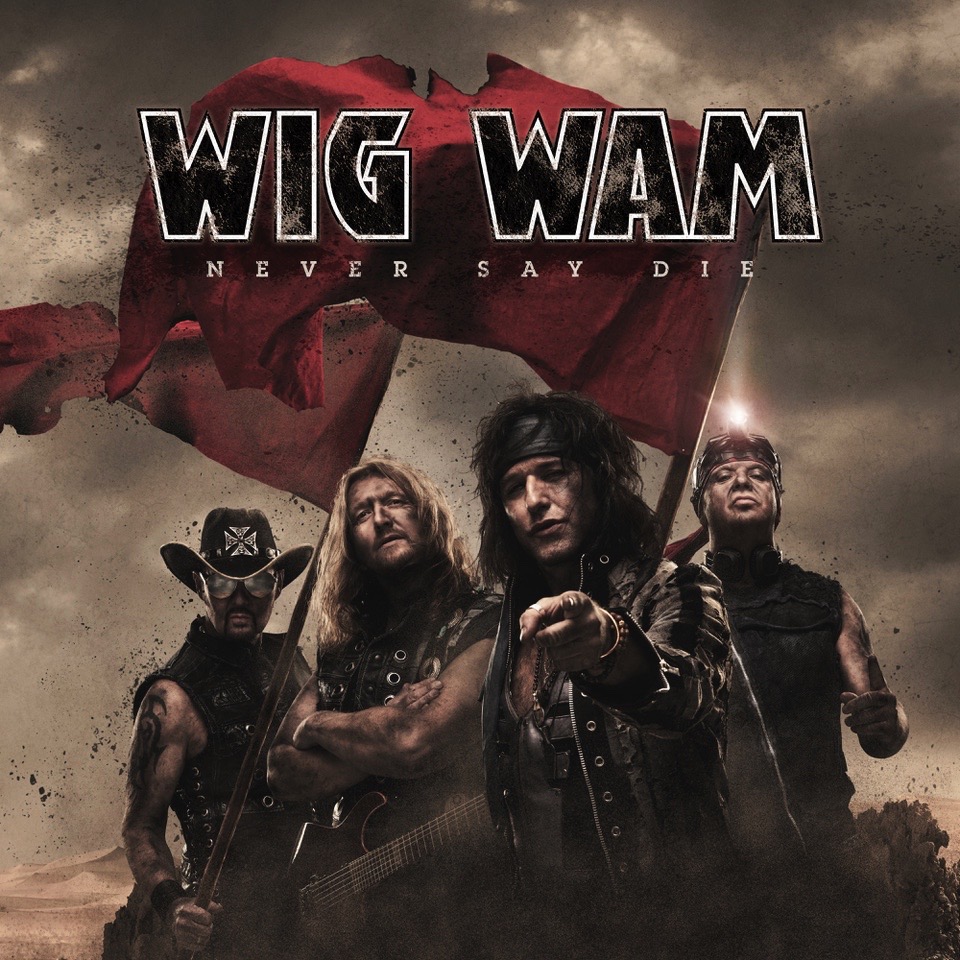 Do you remember when these guys were on Eurovision in 2005? If you are a Norwegian glam rock lover, it’s embedded in your heart, as part of your musical heritage. They didn’t win with ‘In My Dreams’ that year, although many thought they should have, but they did pave the way for ‘Lordi’ to triumph the following year. With the stage names Glam, Teeny, Sporty and Flash, you know where this band place themselves, fun and amusing with tongue in cheek humour. However, do not gloss over Wig Wam as being pseudo imitators of rock, these Scandinavians knew how to entertain and up until 2014 when they spilt, they had been there and got the t-shirts. The 200 plus dates of the ‘Wig Wamania’ tour of Japan, UK, Germany, Iceland and Sweden, saw them rise to popularity and they were voted one of Norways best live bands. Their debut album ‘Hard To Be A Rock’n Roller’ went platinum and the Eurovision Single stayed at number one for 6 weeks in the Norwegian charts. As a band they have played with some of the best, Bruce Kulick, for instance and individually they have gone on to provide us with Ammunition, Jorn, Baby Snakes and Nordic Beast, the latter featuring members of Mötorhead, Europe and King Diamond. It was back in 2019 that Wig Wam re-emgerged and they were all set to play the Tons Of Rock Festival last year. Of course that was scrapped, however new dates have now been arranged for June 2021 and the band will appear with Deep Purple, Europe and The Scorpions, amongst others. (See the link below for the full 3 day line up) Now in 2021 we have a new 12 track album entitled ‘Never Say Die’ to re-launch Wig Wam. The question is, has this reincarnation of those Eurovision finalists, matured like a block of old Brunost (Norwegian Cheese) or are they still squeezing into that silver lycra ?

An instrumental introduction ‘The Second Crusade’ is less than a minute long, but creates an atmosphere of intensity to roll straight into ’Never Say Die’, the title track. A heavy and succulent riff is followed by a classic rock approach, screaming vocals from Ãge Sten Nilsen, aka ‘Glam’ are dominant with a fierce melody and later the fret beating guitar from Trond ‘Teeny’ Holter backs him up and adds even more force to the song. ‘Hypnotized’ is a messy, pumping number, still on the classic rock theme, but more relaxed, having low and raunchy strumming. Stacks of melody again with harmonies and an easygoing chorus, bit like a nordic version of ‘Kiss’. Yes, this album is starting to get rather hot. There are a few more electric vibes going into ’Shadows Of Eternity’ but as it proceeds, it gains more appeal with its stomping much like ‘Bang Tango’, I love the kick ass sleazy noise on this one. ‘Kilimanjaro’ is more sturdy than its predecessor, a steadfast chorus with tons of backing vocals and it just rocks you in your socks. One you can relate to even on the first encounter and it’s the second single, which has been released, from this comeback album. Check out the lyric video below, which has flashbacks to the bands past, they’re absolute legends !

‘Where Does It Hurt’ opens with a few soothing chords before a punishing thrash metal riff hits you full on. A lot more aggressive and I like Wig Wam’s ability to swing direction. The guitar breaks between verses are amazing, powerful shredding from Teeny control the pace and Åge is resplendent yet again on the mic. The mood changes on ‘Kaleidoscope Ark’, the tinkling of keys summons the ballad into gear and it turns into a few minutes of poignant lyrics with an attractive and quite forceful melody. Turning into an epic, with anthem like quality as it reaches the end, it’s definitely one for a live audience to sway along with. ‘Dirty Little Secrets’ is another with a storming intro. This song doesn’t hold back one iota and it soon delves into a blast of a rhythm. Vocals and spoken words are low and ooze sex and when you think that’s all we are getting, swirling guitars take it up to a level of euphoria. The next song ‘Call Of The Wild’ has the most alluring introduction, gatecrashing the party with a bucket of pure groove. The drums of Øystein ‘Sporty’ Andersen and bass from Bernt ‘Flash’ Jansen, fuse together and midway we sample yet more turn arounds, as the supremo guitarist Teeny is let loose again. This is continued on the instrumental ‘Northbound’ which can only be described as a journey of medieval baroque, injected with a full dose of rock. It would make a superb soundtrack for a film or TV series, having the strength to portray a perilous journey in your head. That takes some doing and is a fine example of the bands impressive level of creativity. ‘Hard Drive’ returns to the style of old classic rock, there is an element of ‘Coverdale’ in the air, as the vocals breathe heavily with bluesy indulgence. Determined and hard, the song hammers along slowly with ample grace and style. Fading out with guitar and enduring cries, it has a warm and glowing feel. ‘Silver Lining’ is over six minutes of absolute pleasure, delicate and bubblegum very much like ‘Enuff ‘z’ Nuff’ with its harmonies and joyous chorus. The track eventually rises to bring out more, full blown guitar magic and ends the album on a high.

Not having heard much of Wig Wam before this new album, I was genuinely surprised. After initially reading about their Eurovision exploits, I was expecting glam and cheese leftovers from the early 2000’s. But nope, this band is the grown up version, the Brunost is mature and well seasoned. The guys have gathered all their past experiences to erect a more weathered Wig Wam, that firmly belongs in today’s rock camp. Maybe there’s still some offbeat humour among the wild Norwegian’s, but that makes them so adorable and their fun attitude probably ensures they are still one of Norways favourite bands.

Learn more about WIG WAM on the social pages below and click HERE to order your copy of NEVER SAY DIE as a download.