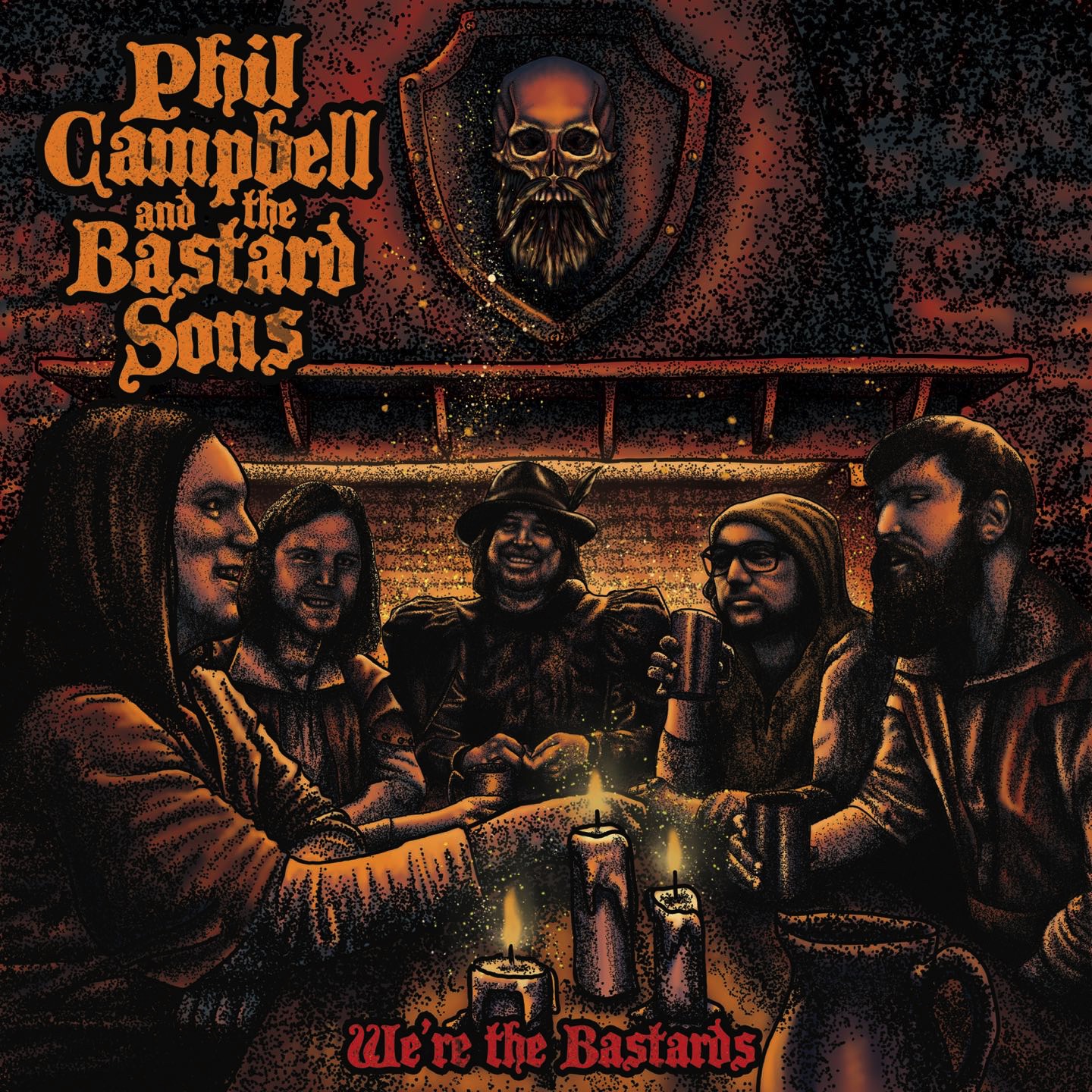 Hanging out with your kids and playing a few covers, was all Phil Campbell probably intended to do after the end of Motorhead. Having been with Lemmy and the band from 1984 right up to the sad and abrupt end, Phil may have thought he would just do some solo work and start to take it easy. But interest in the ‘Bastards’ grew so much, that it was obvious they had something unique. These days they have a stack of original numbers, on an eponymous EP that came out in 2017 and the full length LP ‘The Age Of Absurdity’ that was released in 2018, not to mention Phil’s solo album ‘Old Lions Still Roar’ with guests Alice Cooper, Rob Halford and Dee Snider.

PCATBS are now regulars on the road and are seen on the bill for festivals all over the UK and Europe. The band consists of Phil on Guitar, his sons, Dane on drums, Tyla on bass and Todd, also on guitar and harmonica. Completing the line up is vocalist Neil Starr ( Attack Attack, Dopamine) who is a childhood friend of the boys. After singing at one of their birthday parties he was asked to join the band. No strangers to the limelight Phil’s boys often hung out with Motorhead on tour, even playing on stage occasionally, so they learnt their trade from an early age. The new album ‘We’re The Bastards’ is out Friday 13th November, 13 new tracks from the legend of Pontypridd and his outfit.

The title track is first up, a decent riff, with slight ‘Cult’ tendencies but it stands its ground. It also introduces us to Neil Starr’s amazing voice, smooth and far reaching and he sounds so clear. With a simple guitar solo and more pressure added towards the end, wow what an opener. ‘Son Of A Gun’ is a mix of fast and furious lyrics being thrown in your face with a pumping tempo from the rhythm section. All this, with the interacting and outstanding guitar work, is a nice contrast to ‘Promises Are Poison’ which saunters along with determination. Again, Starr gets into your head with his powerful and incredible larynx,  ‘Can’t Get Enough’ is the repeating chorus and I have to agree. ‘Born To Roam’ comes in with a post grunge feel, a lot of meaningful words are backed by a low and balanced combination of hooks and riffs and boy it does have a kick to it. The next track ‘Animals’ is full of ‘Motorhead’ fast and loose guitar licks. It races unbound, just catching its breath midway before destroying all in its path.

‘Desert Song’ takes a slower direction, a gentle breeze of a track, it demonstrates that the 5 piece are capable of turning it down a notch and can produce a strong ballad of exceptional worth. Starr utters, Corey Taylor style, with mesmerising results. ‘Lie To Me’ is another that stands out, having layers of attitude, the route is evenly paced with more aggression and attacking guitar. ‘Riding Straight To Hell’ is an unstoppable stomp, marching through the masses, taking no prisoners. Having a catch of a rhythm that stays stuck in your ears. ‘Destroyed’ takes on a more rough and ready stance, punk style. Its shortness makes it just a brief interlude, but sheer brilliance from PCATBS. ‘Waves’ is the last song, a quiet and drifting journey, with a load of harmony and subtle tones, it’s a lovely ballad to finish the album.

I like the way Phil Campbell has taken the decision to allow his sons and Neil to contribute equally with him, in writing this album. The balance and creativity is evident that more than one generation had input, we hear old school mixed with more modern styles and new ideas to boot. The outcome is a flowing and satisfying piece of music, that stands out miles from a multitude of recent releases. I guess when they return, the live shows will still have a few Motorhead songs on the setlist and why not, they will fit in perfectly with PCATBS’s, immaculate selection of original numbers.

‘We’re The Bastards’ is released 13th November and is available in various formats on the links below. See the social pages for the latest news and how to order the merchandise, personally I fancy getting the ‘Bastard Crew’ T-shirt !

‘stands out miles from a multitude of recent releases’

Highlights – Son Of A Gun, Born To Roam,  Desert Song.