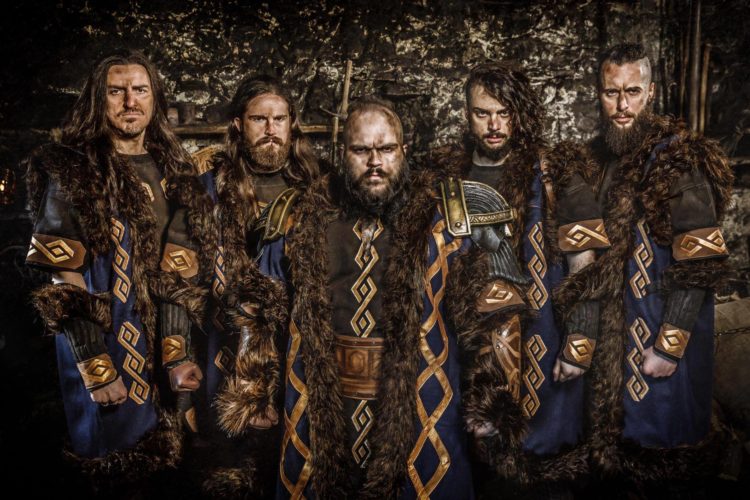 I found Zig Zags earlier this year when I was trailing through YouTube in the hopes of finding a new band to listen to. Finding Zig Zags and their 2019 album They’ll Never Take Us Alive was an absolute gem to unearth in the YouTube rabbit hole.

The second track off the album Killer of Killers has been my go-to for months. It possesses that early gritty Metallica energy, combining punk and thrash like Cliff Burton in his signature Misfits shirt. I love this crossover, it’s one of the main reasons I love Power Trip so much. Zig Zags are also the perfect representation of how well these two genres blend. Killer of Killers is undeniably retro and the perfect soundtrack to cruising down LA streets or skateboarding. Or like me, listening to it in an attempt to make life more interesting in the middle of lockdown in Peterborough. Wherever you are, Zig Zags is the answer.

I reviewed Volcanova’s debut album a couple of months back and I’m Off has appeared frequently in my playlists ever since. Hearing that monstrous riff crash into those gentle acoustic melodies in the intro honestly never fails to bring a smile to my face. The guitars are just absolutely fantastic throughout and the little groovy breakdown towards the end is just sublime. The vocals are infectiously catchy, speaking of getting absolutely wasted and nothing more. Its raw, heavy and everything you’d want from a stoner metal band.

I love Wind Rose and the little niche in metal they’ve created for themselves. Tolkien’s works appearing in metal pretty much dates back to the creation of metal itself yet no band has dedicated themselves to the individual race of Dwarves as much as Wind Rose.

Drunken Dwarves is an absolutely chaotic folk metal bop. I always find myself drifting towards it whenever I’m starting to feel a hint of sadness or stress. And boy does it eradicate those feelings instantly in one euphoric four and a half minutes.

The vocals are so rousing in a way that you can clearly imagine them being drunkenly sung with mead in hand by the clan of Dwarves in The Hobbit at their local inn. The guitars are fast paced and paired with the folk instruments it creates the perfect space for dancing, flailing, jiving, moshing, tap dancing, whatever takes your fancy.

Check out the video below. Its utterly ridiculous and heaps of fun.

Earlier this week I listened to Under My Wheels, one of my favourite Alice Cooper tracks, and decided to go on a quest to discover and unearth some lesser known songs to add to my collection. I landed on 1986’s Constrictor album and Thrill My Gorilla (what a title) instantly began to seep its way into my unconscious. With its trademark sleazy 80s guitars and the most ridiculously catchy chorus that I’ve heard in a long time, it’s a simple feel-good song that would be tragically easy to overlook.

Most of the time I’m usually chilling in the 70s or 80s when it comes to my music taste. Recently I’ve been reigniting my love for thrash which has been a little bit neglected lately. Revisiting Testament’s The New Order has been an absolute joy and besides from The Preacher, I’ve been listening to the cover of Aerosmith’s Nobody’s Fault a hell of a lot.

Citied as Aerosmith’s heaviest track, it was just begging to have a thrash make over. I absolutely adore this cover and the injection of pure speed and energy that not only separates Testament from Aerosmith but brings the track to another fresh and heavier dimension. Alex Skolnick’s guitar work is just perfection, ranging from those melodic solos to those driving palm muted verse riffs.  And Chuck Billy? Man, those trademark deep vocals really add an extra punch that was lacking from the original. The fact that Testament put their own thrashy spin on the track yet still maintained that integral bluesy flavour is just excellent, making it a true classic.