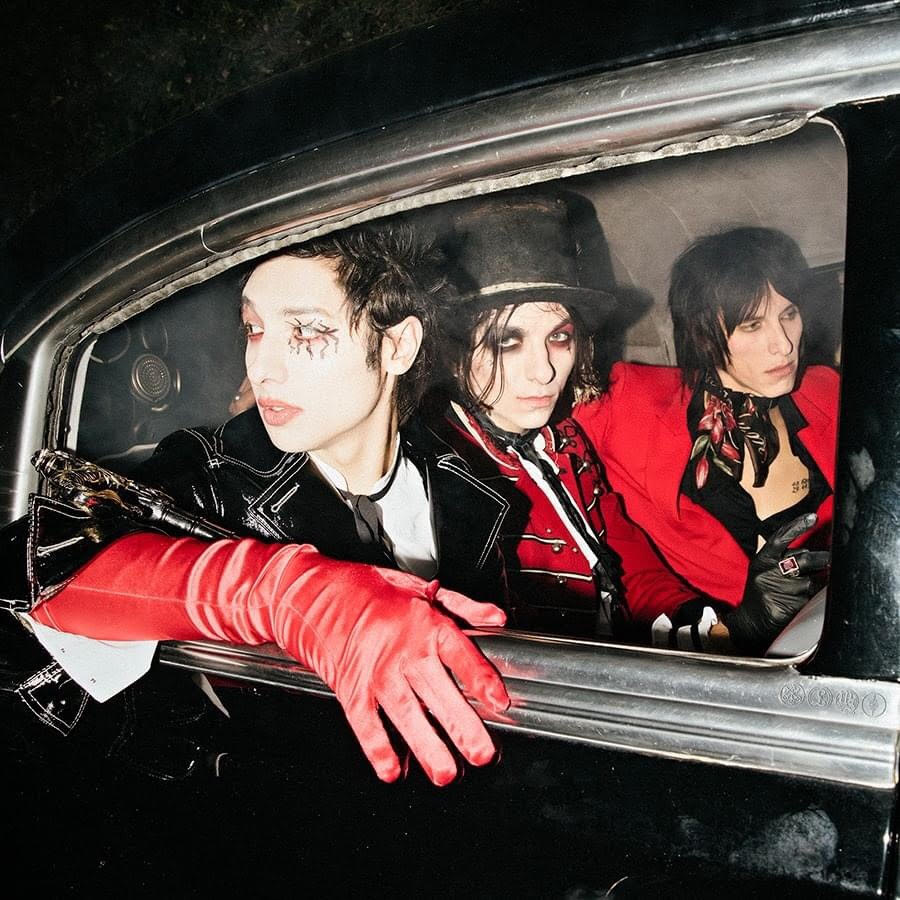 With 12 years of experience and a soon to be third album under their belt, Palaye Royale are approaching the prime of their career. This could be the release that cements their place in modern day rock as one of the most intriguing and exciting bands around. Their vast influences have led them to produce a sound that is unique. Going hand-in-hand with their eye-catching image, they’ve already toured with the likes of Marylin Manson and Rob Zombie. The album is a real mis-mash of emotions. The track list alone probably gives you a reasonable first impression of the album, with titles such as Nervous Breakdown, Tonight Is The Night I Die and Masochist, it leaves little to the imagination.

Opening up with ‘Little Bastards’, it wasn’t exactly what I expected. It’s a lot more of a pop-influenced track, one for the more casual listeners or for those who prefer more milder songs. Having said that, it livens up more towards the end with the breakdown. Little Bastards isn’t a bad song as such, just not really your average opener. The second song was actually the one I thought they were going to open the album with. Released as a single last year, Massacre, The New American Dream sees frontman Remington Leith make full use of his shouty vocals, you can hear the anger in his voice when he belts out the lyrics. A song that is all too relevant, I think they speak for all of us when they write “I’ve given up on America’s racist agenda.” As you probably guessed from the title, the song is a protest to gun violence across America, which has almost become the norm. As one of the many issues the band address on the album, I commend them for their stance and hope that America can finally resolve these issues one way or another, regardless of how likely that is.

Leith opens up and shows his softer side on the new single ‘Lonely.’ The lyrics address his personal struggles of the mental and physical abuse he received when he was a kid. Rather than expressing his anger, he reflects on his past and the vibe of the song helps to express the message. The silver lining is that despite how bad it was, Leith got through it and he believes that if he can, anyone else can. While lonely has deeper and darker meanings to it, the theme of loneliness and lethargy is relatable to what many of us are experiencing now.

Anxiety shows the band releasing their dark side and it sounds bigger than any of the other songs with the dissonant and horror-like effects, along with the wall of low-end frequencies that are emitted. Tonight Is The Night I Die is an interesting one. A fitting predecesor to Lonely, Palaye Royale toy with the instrumentation and effects here, with fuzzy vocals matching the gloomy mood of the track. It’s a case of old meets new on Hang On To Yourself, with some surprising brass instrumentation to open the song, which battles the guitars for the hook. Dare I say funky? Okay maybe that’s a bit too far.

Fucking with my head comes at a point where the album is in full swing. Simple but catchy, it justifies its status as a single. A good ol’ fashioned solid rock tune with a groovy breakdown, you can’t help but like it. Despite all the impressive singles, I’d have to say that Nightmares is definitely a fave of mine. The awesome buzzy guitars give it that extra rocky emphasis, and it slaps with groove as it’s played in triplet time, especially when the chorus kicks in. It has that modern rock anthem feel to it, heavy, consuming and catchy. Roll all that into one and you’ve got a certified banger.

The Bastards is a look behind the curtain of Palaye Royale, but the curtain was never really there in the first place. They’ve never been a band to beat around the bush, but this is for sure their most naked and expressive side and I love that about them. With so much bullshit out there, people want stuff that’s real and that they can relate to, and this is what this album is all about. It’s meaningful, emotional and honest. Add the musical art and diversity that Palaye portray and you’ve got something special. From the slow and eerie Doom (empty), to the mellow Redeemer which concludes the album, it’s a real expansion of their sound. On top of that, the production gives the album a big feel, lending it that little bit extra with the sounds and effects they like to use.

While everything might seem a bit doom and gloom right now, Palaye Royale have made a real noteworthy collection of tunes. I hope they can build on this release later in the year, because you can tell they’ve really put the effort in here. I was a fan before, but this album has got me invested. The Bastards is a great album and one I recommend listening to, from a band that is clearly on the way up.

The Bastards is out now via Sumerian Records and can be purchased here.