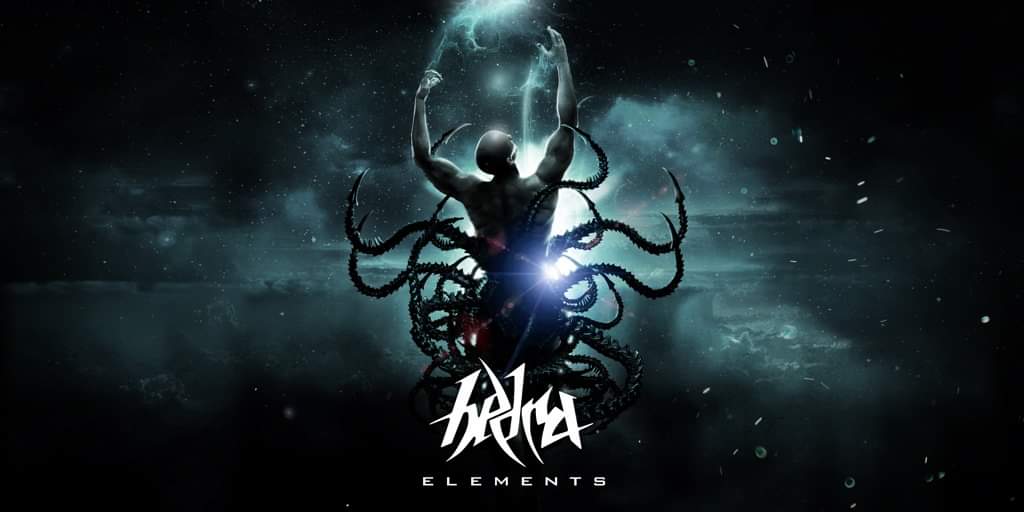 Hedra are a metal band from Norfolk who have made waves in the UK live scene over the last few years, with their unique blend of influences creating an unmistakeable and unique sound. With strong elements of groovy, alternative metal and hardcore, mixed with a sprinkling of modern progressive intelligence, they sound unashamedly current, but with a clear sense of the classic acts that influenced their sound. Strongly ambitious, they set up their own ‘The Snakes on Fire Records’ to share their music and ‘Beast Anglia Promotions’ to connect with other musicians, as is so necessary in the contemporary musical landscape.

Their upcoming album ‘Elements’ is expected soon, but in the meantime they have a few singles to get us all excited. ‘Broken Bones’ is one of those, starting with brooding clean guitars above pounding, powerful drums. There is a clever balance of strong melodies with subtle dissonances beneath the surface to give it some bite. Jim’s soaring vocals ring out like Chino Moreno at his peak, although the guttural screams are certainly from the heavier end of the spectrum. The excellent production is very clear and modern-sounding.

‘Polaris’ is another well-written song that makes the most of guitar effects, clever drum beats and a gentle crescendo that builds up, with a vocal performance that takes cues from the likes of Tool. Suddenly, a face-contorting breakdown comes in that slaps the listener in the face, in the same way that Sikth or Meshuggah hit home so powerfully. Hedra slowly bring things back down again after this. It is one of their strongest songs, with a clear compositional direction and a sense of structure that would turn several better-established bands green with envy.

‘Karma in Blood’, which has been up on their Bandcamp since January, packs a punch similar to Korn or Deftones, but again, with their distinctive progressive musical ideas and atmospheric wall of sound. You can just hear how their crowds will shout the chorus line ‘My karma in blood!’ back at the band during their live shows (or at least, when we have them back again). There is a clear groove throughout that gets the heads banging away from start to finish, and the tasteful, melodic guitar solo doesn’t feel at all out of place.

A fantastic-sounding demo of a song titled ‘Are You With Me’ is included with the press package, and I really can’t wait to hear the finished product. The clean guitars sound ominous, and even when the distortion is turned up, their clever use of modes make the track sound unsettling – although in a highly effective way. It has a real ‘epic’ quality to it despite its relatively short runtime. If there’s one point of criticism, it’s that the vocals sound weaker here than in the master tracks – perhaps due to the demo production, although even on parts of the masters the harsher vocals don’t quite pack the desired punch and the singing doesn’t seem as powerful as it needs to be at times.

This is a shame, because the vocal lines and melodies truly are very memorable and well-written, and the frontman is certainly talented at writing for his voice. I have every confidence that being in a band as ambitious as Hedra, he will continue to improve his technical abilities vocally – there is plenty of potential here. This is what makes Hedra so exciting, though; their grasp of songwriting is so strong, even with their experimental principles. This will only get better and better – and as each bandmember improves at their instrument (not just the vocalist, as I’ve already mentioned), Hedra could well be a true underground force to be reckoned with. Maybe even beyond the underground… You heard about them here first, anyway (or maybe not), do not sleep on this band.

All four of these fantastic songs will be found on the upcoming full-length album ‘Elements’, which is out soon – release date TBC.