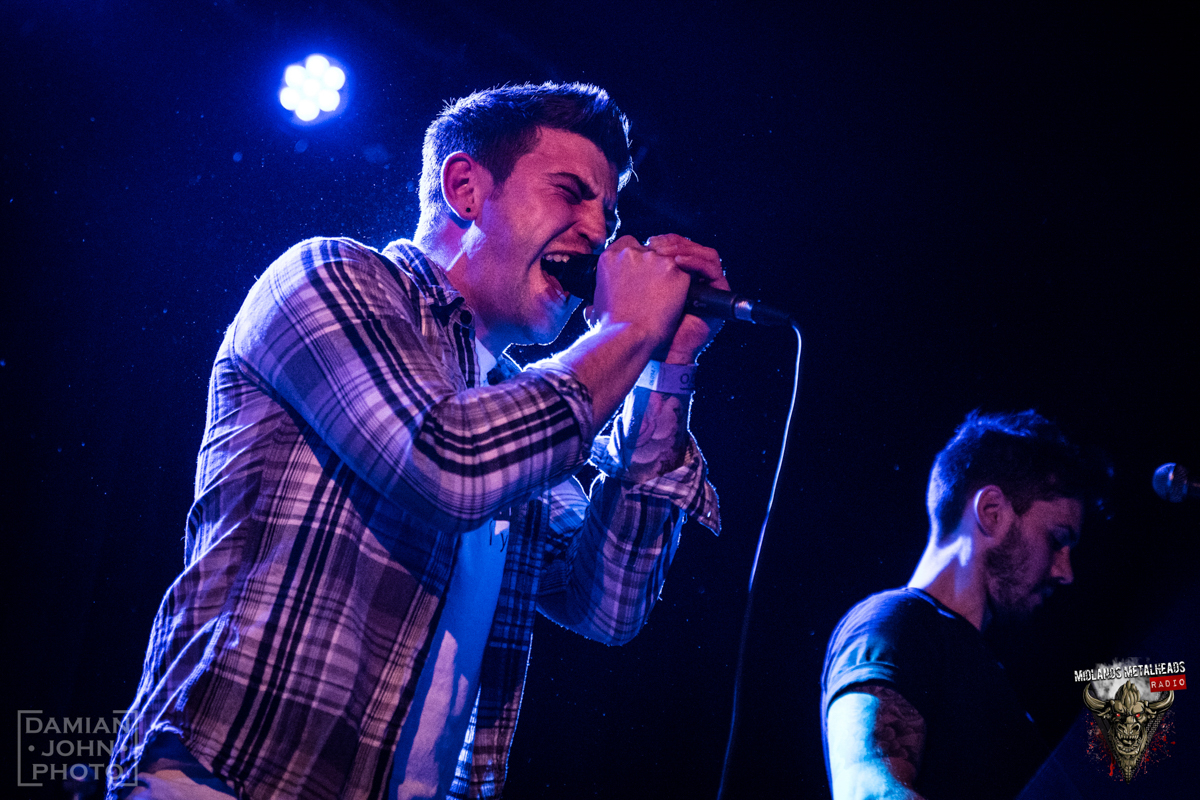 It may be November but Birmingham is currently bustling with Christmas spirit; with lights strewn across every street and the German market opening its doors for the first Friday of the festive period, Christmas is well and truly here. Five minutes down the road however at Birmingham’s O2 Academy it’s business as usual as we get ready for an evening of heavy metal featuring four of the finest bands on the local circuit.

Local lads ‘Born Zero‘ open the night; they may be young but they pack a powerful groove filled punch. Their blend of thrash metal tinged with elements of modern metalcore compliment one another incredibly well especially when combined with their attitude filled onstage persona. This is the second time I’ve caught Born Zero perform live and I really look forward to see what these guys do next as they continue to grow as a band and really start to refine their craft.

Following Born Zero were a band I’ve never heard of before but one which immediately caught my attention. ‘Lakhota‘ are a four piece grunge inspired alternative rock band, not that you can easily put their music into any genre as it all seemed like one big jam in the best possible way. I loved their use of dynamics, it’s so refreshing to hear a band who aren’t afraid to back off a little and let the swing take over before going all out again in the choruses. It provides so much more impact. Additionally, their use of vocal harmonies was superb as can be heard on their track ‘3 into 4’ with accompanying video available here. Lakhota are ultimately a band well worth your attention and one you should definitely spare a few minutes for.

If you have a thing for bands who proudly hold a two finger salute to conventional genre definition then Kidderminster based rockers ‘Life Against Time‘ may be the band for you. Combining metalcore with progressive elements their modern metallic edge and technical prowess quickly became apparent as they delivered riff after solid riff creating a vast soundscape supported by thick heavy as hell basslines and face pounding percussion. I found that vocals were a perfect mix of clean leads and distorted snarling backing which really added to the ferocity of the underlying music. As with Born Zero, this is also the second time I’ve caught Life Against Time perform live so their consistency quickly became apparent, they didn’t miss a beat, they were flawless from the first note to their very last. Finishing the set on their latest single ‘Surrender‘ (available via SLL Records), Life Against time really show the extent of their ability, I really wouldn’t be surprised if you start seeing these guys on festival lineups sometime in the near future.

Making their debut headline performance at the O2 Academy ‘Now We Run‘ end the night in style. Supported by a rather impressive crowd they had fans dancing and singing along from the start with a fine mix of ballads and in your face heavy rock anthems. Filled with energy and charisma their frontman made full use of the stage and put on an engaging performance often interacting with the crowd and bandmates alike. A band full of life and enthusiasm they were a great way to end the night.

Now We Run are set to release their debut EP ‘Tell Me What It Feels Like’ on Christmas Day!!
In the meantime, check out their video for ‘Martensite‘ to keep you entertained till the big day.