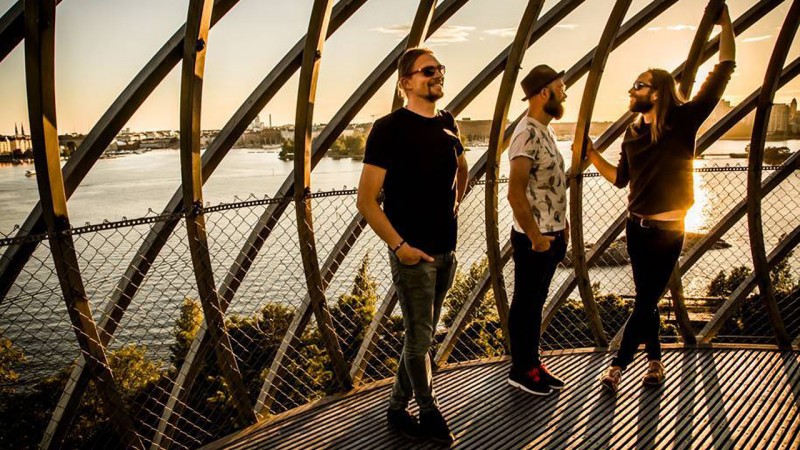 Released November 3rd, the latest album from VHB is somewhat of a milestone in more ways than one. If you’ve not come across the band before, you really need to check them out. Hailing from Finland, they have achieved huge commercial success in their home country and now look to take on the rest of the World, especially the UK, having visited it on a number of occasions.

VHB are a band that straddle a number of genres, gracing the Prog stage at a number of festivals, this latest release takes them further down that road than ever before, with a title track running at 12 ½ minutes (the longest track the lads have ever produced, as far as I know !!) the one aspect of Progressive Rock is the tendency toward longer tracks, epics in fact. The debate and argument over what defines Prog is complicated, long-running and (to be honest) quite tiresome. My own personal definition is “Rock Music That Pushes Beyond the Expected Norms”

So what can you expect from this, their 6th release since their formation in 2001 and their first since 2015’s “New Day Rising”.

Is it Prog, is it Rock, is it Ballad, is it Metal??? Well, it’s all four. As I mentioned previously, the lads bring in a multitude of styles and influences to create their own signature sound, which is evident throughout their entire back catalogue. In many ways, I suppose this is why they tend to get featured on Prog stages and Progmags regularly as the genre is all about bridging multiple styles and sub genres to create a whole new sound, a sum of the parts I suppose.

There’s a lot going on here, beautiful multi-part harmonies, classic anthems, driving guitars, soaring solos, changing tempos, often several times during one song and production to die for. What more can I add ?

Stand-out tracks for me  – War Is Over (title track), To The End Of The World, Blindsight(probably the two rockiest tracks on the album) and Beyond The Storm (second longest track on the album at 8’30 – c’mon lads, let’s go the whole hog and have a TRUE epic on the next album – in excess of 20 minutes, you will surely be treading the boards of Prog by that time !!!)

For the converted, you will not go home dissatisfied, but for newcomers, if you’ve not checked them out previously, catch them live (where they TOTALLY excel) during their short promotional tour of the UK recently, they blew everyone away and were the talking point of both HRH and HRH prog weekends. If you can’t make a gig, do yourself a favour and buy at least ONE album from a band that are blowing away the cobwebs in many way. There’s never a better time to check out VHB, so why not invest in their latest album – I strongly suggest it won’t be long before you’re pricing up their entire back catalogue….

A quality release (yet again) from the Finnish boys, invest and be tested !!