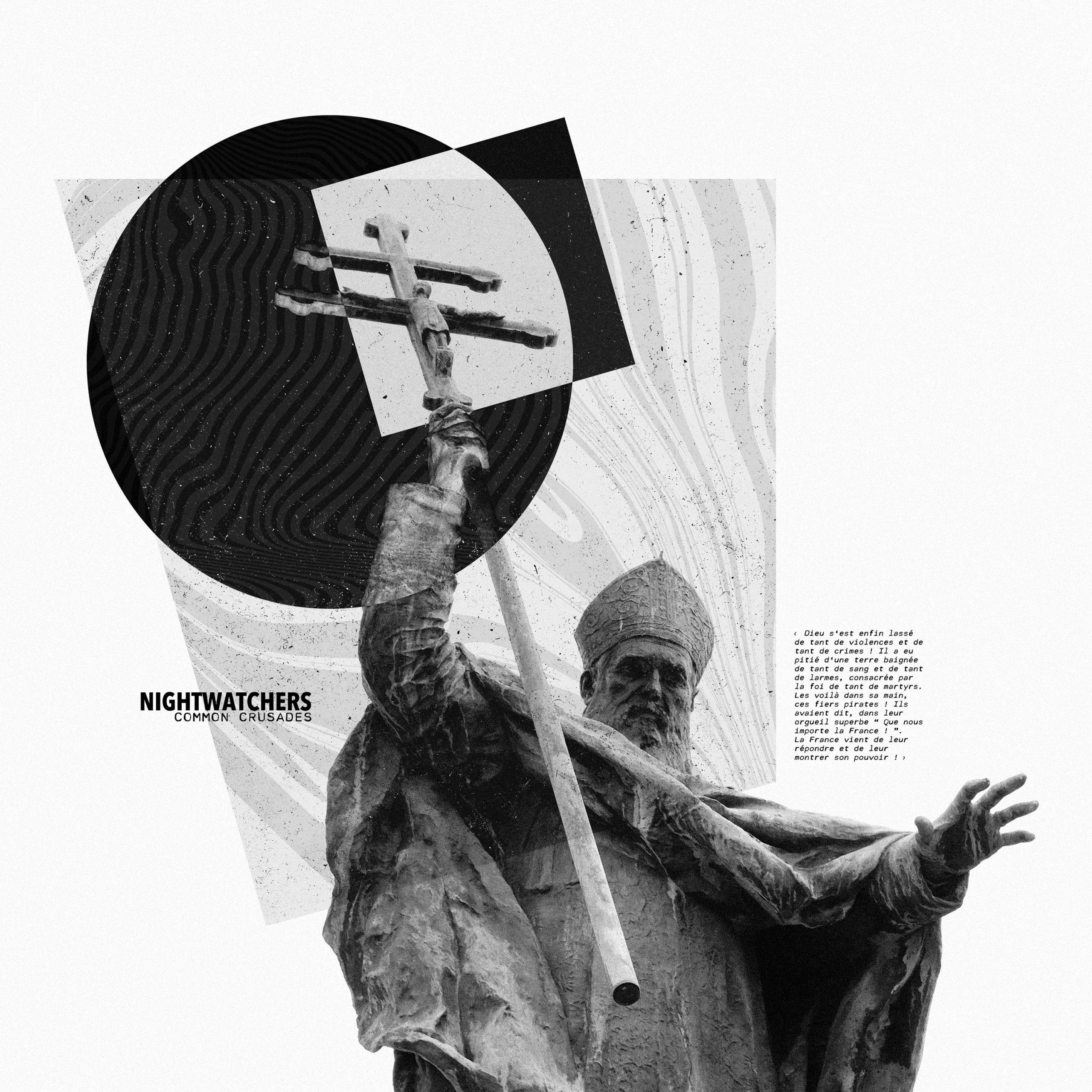 When it comes to modern punk, my personal preference leans toward the more extreme and abrasive end of the genre. This is partially due to the underwhelming performance of pop punk in recent years, as well as my predilection for music that sounds like it’s trying to crack your skull open. This does lead me to missing out on some of the better and more inventive melodic punk bands before they really break. So, consider my investigation of Nightwatchers’ newest release a penance of sorts for this oversight.

The sound of Common Crusades is very straightforward melodic punk. There are smatterings of guitar melodies that are reminiscent of Rise Against, like on opener For The Sake Of The People And The Nation. The production doesn’t do the music a lot of favours, it’s quite jangly which does rob some of the weight from the guitars. This means a lot of the impact that could come from the song writing is lost, especially when the pace does slow a little or the vocals get a bit rougher in tone, as on 1905 – The Muslim Exception. There also aren’t a lot of strong hooks across the course of the record, which really is a shame for music like this. On a first listen, this was where I was prepared to leave this review. Two and a half stars, standard melodic punk album, nothing special, production’s not great.

Clearly, I haven’t done so. What happened? On my second listen, the organ at the start of The Phantom Menace caught my attention, and the following, almost chugging, riff stuck in my head even after the song was over. I was intrigued enough to give the album another chance, and smattered across the album are sections of ingenuity. The Phantom Menace, for example, has a quiet section that wouldn’t be out of place on a post-hardcore record. It’s a nice touch that elevates an album that could have otherwise been quite bland and middle of the road. The elevation doesn’t quite overcome the lack of hooks that plagues the rest of the album. It does feel like there’s something missing here and I’m certain that it comes down to there not being much that sticks in the brain after the album ends.

Common Crusades is fine. There are interesting ideas across its runtime, but nothing that can overcome the fact that the album doesn’t function the way a record of this type should. I can’t give Nightwatchers a ringing endorsement off the back of this album, even if they have potential. Maybe next time they can expand the more interesting parts of their sound, while reinforcing its fundamentals, but today I have to assess what’s in front of me, not what could be next time.

Common Crusades is out now and can be purchased here.