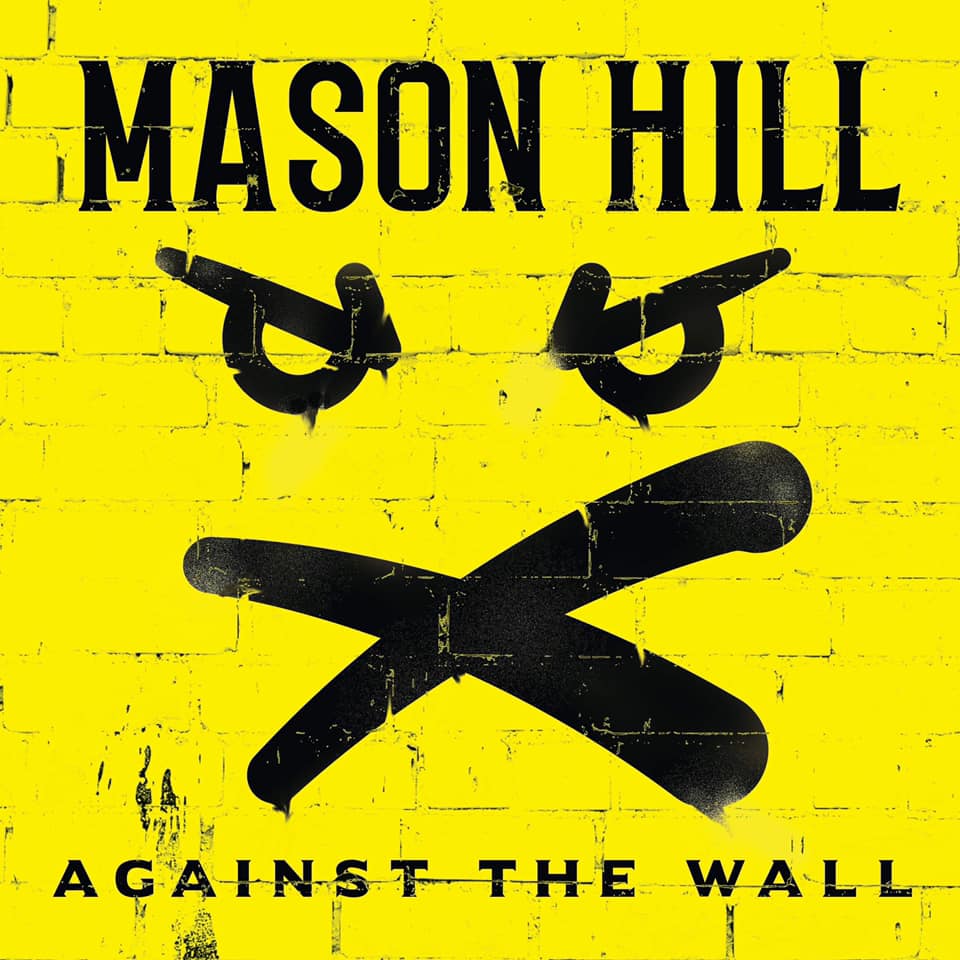 It’s a rainy drive down from Sheffield and I’m nervous to get there in time for the doors so I can get my position by the barrier #shortgirlproblems I’m so excited to catch this show, after having to cancel Sheffield a couple of weeks previous thanks to catching covid, and I’m not entirely sure I’m up to 3 hours stood in a sweaty room jumping up and down but I’m willing to give it a bloody good go!

Empyre open the bill and this is the second time I’ve seen them, the first on a large outdoor stage, so I’m looking forward to seeing how they perform at a more intimate venue. They play a 5 track set which, while intriguing and atmospheric, doesn’t feel like it quite fits the mood of the night, until the last track when the band seemed to open up more and enjoy the performance. The style is much more sombre than an audience eagerly awaiting Mason Hill would perhaps expect, ‘Quiet Commotion’ described by someone nearby as “funereal”. There is no doubt that the band are very talented and accomplished, and I like the overall sound, but I was ready to bounce and that would have been frowned upon. I didn’t want to incur their wrath.

I adore Hollowstar and am so excited that they’re on this bill! I wish they had more room to explore the stage and give it all they have but as a support this is to be expected, and they never disappoint. The all-familiar chords for ‘Take It All’ open the show and the audience is gripped from the off.

A transformation of sorts has happened this last year and a great band have become truly exceptional in their live show. The interaction between the band members, and with the crowd is incredible, as they power through a set which you never want to end. Their style is hard rock filtered with a deliciously southern streak in places, and some filthy riffage. My personal jam is ‘Invincible’ (I think I may have mentioned before…) and I’m enthralled, jumping and singing like a maniac.

I know from talking to a few people that new fans were made (and rightly so, I mean of course!) If you haven’t seen Hollowstar yet please rectify this at your earliest opportunity. Amazing live band.

Setlist: Take It All, Let You Down, Invincible, Money, Wishing Well (cover), Overrated, Good Man Gone, All I Gotta Say

Full disclosure, I LOVE MASON HILL. I discovered them in 2016 when they won Highway to Hell new band competition. They blew us away then and, having recently been rewatching video footage, they have grown so much since that day that it is astonishing and heart-warming to witness.

The band are so excited to finally be on their headline album tour that it’s palpable, their energy and enthusiasm wafting round the room, contagious. This band are humble beyond belief but immensely talented and engaging, charming the audience out of their socks with their banter and cheeky smiles.

Mason Hill combine several great elements of a good rock sound into one band, managing to switch between classic rock guitar licks, soaring ballads, and balls to the wall powerhouse rockers with one of the heaviest and greatest rhythm sections around.

Man, it’s so good to see this band exactly where they deserve to be, and the audience in the palm of their hands.

Standout tracks for me include ‘DNA’ which is track of the album for me – a real upbeat and heavy hitting song which will grab your attention and the crowd is singing along with every word. Scott Taylor has one of the most unique sounding and wonderfully melodious vocals you will have the pleasure of hearing, and every word is pitch perfect.

‘We Pray’ sees the band punching the air with ferocity the drum beat echoing and vibrating through my feet, the crowd absorbing the passion and energy. This band was born for filling arenas.

James Bird is an exceptional guitarist and the interplay between him and Marc is captivating, with a thunderous rhythm section borne of Matthew Ward on bass and Craig ‘The Machine’ McFetridge on drums. It is simply a pleasure to watch these guys do what they love.

The Foo Fighters cover ‘Best of You’ is awe-inspiring and the audience are not quite ready for this one to end so continue the party long after the band have finished the song. You know when a cover actually rivals the original…yeah that.

The set includes a couple of tracks from the original EP – the unbelievably catchy ‘Now You See Me’ and what has become somewhat the band’s anthem ‘Where I Belong’. The whole way through, the audience sing along and the band lap this up, Scott appearing visibly emotional at times by the reaction to what can only be described as them, putting their heart and soul into a Monday night set in rainy Nottingham.

‘Broken Son’ is another favourite of mine, which is actually one of the first tracks James and Scott started working on together and has evolved over the years.

I wish I’d managed to get to the Sheffield show so I could spread the word earlier about how you need to witness the birth of something great by going to this tour, but to be honest, I’ve been wittering on about Mason Hill for years anyway so hopefully a few people may have listened along the way.

Mason Hill I continue to love you and will follow you to the ends of the earth as long as you’ll tolerate me.

Setlist: Reborn, No Regret, DNA, Out of Reach, Hold On, We Pray, Who We Are, Find My Way, Broken Son, Best of You (cover), Now You See Me, Against the Wall, Where I Belong

Find out more about Mason Hill online at the website https://www.masonhillofficial.com/

The tour ends soon but if you can, catch a show near you!