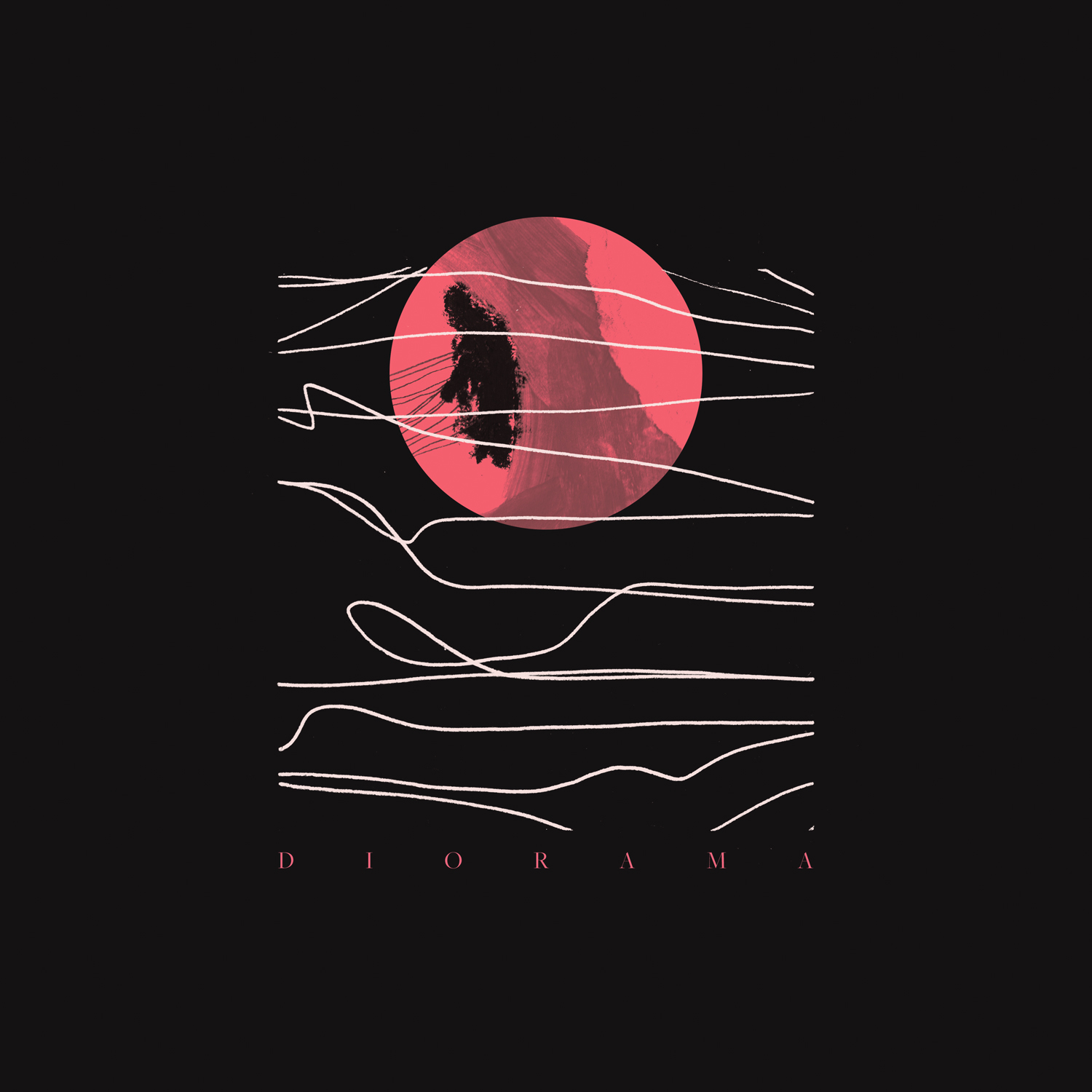 My personal journey into black metal really got started in the nebulous and poorly defined realms of post-black metal. I often find myself enamoured with bands under that umbrella, even though they are frequently sonically disparate, like Alcest or Harakiri For The Sky. When Danish blackgaze torch bearers Møl’s newest album was available to review, I jumped at the chance to give it a listen.

Diorama has proven difficult to review however. In the moment, as I let the music wash over me, I am struck with a sense of wonder and beauty. The warm, lush guitar tones soothe the soul, even when they deliver blasts that would be considered icy on any other black metal record- as on album opener Fraktur. The shoegaze inspired melodies dance around your ears, providing relief from the intensity of the extreme elements. A technique which is perfectly captured on the chorus of Vestige. The switch to a more guttural vocal style on the intro to Redacted, the clean vocals on Itinerari and female cleans on the title track all add a new dynamic to the record, that the typical black metal screeching fails to. The whole experience elevates me to a realm of bliss and joy in the moment, without having to slog through some of the depressing terrain that I did during Harakiri For The Sky’s Arson.

The difficulty arises when the album is not playing. I find it hard to retain much of the album, other than the incredible, stompy riff in Serf. I remember that it makes me feel good, I remember roughly what it sounds like, but there aren’t any musical moments that stick with me. For something with so much in the moment quality and moments of contrast, it’s difficult to fathom how nothing can stick with me. Further to that, despite it making me feel good while I listen to it, I never feel myself drawn back to it for any other reason than to work on this review. Diorama is some sort of ephemeral musical experience that disappears from my brain the moment it’s over, like a musical cryptid. I am aware that this album is memorable for other critics, whether they think it’s good or bad, and it’s certainly not me deleting the album from my brain in an attempt to forget a bad experience but it’s a baffling phenomenon that I can only view as a mark against the album from my perspective.

Ultimately, I don’t know where to settle on Diorama. I am a big advocate of the idea that the very best albums are the ones that stick with you once you’re done, which Diorama doesn’t, but few albums make me feel so good while I’m listening to them. Møl are clearly accomplished musicians and songwriters, and they’re a band that I’ll continue to keep an eye on their career going forward. Maybe next time I’ll love the music in the moment and it will stick with me beyond the runtime.

Diorama is out now, via Nuclear Blast and can be purchased here.

You can find more about Møl on Facebook//Twitter