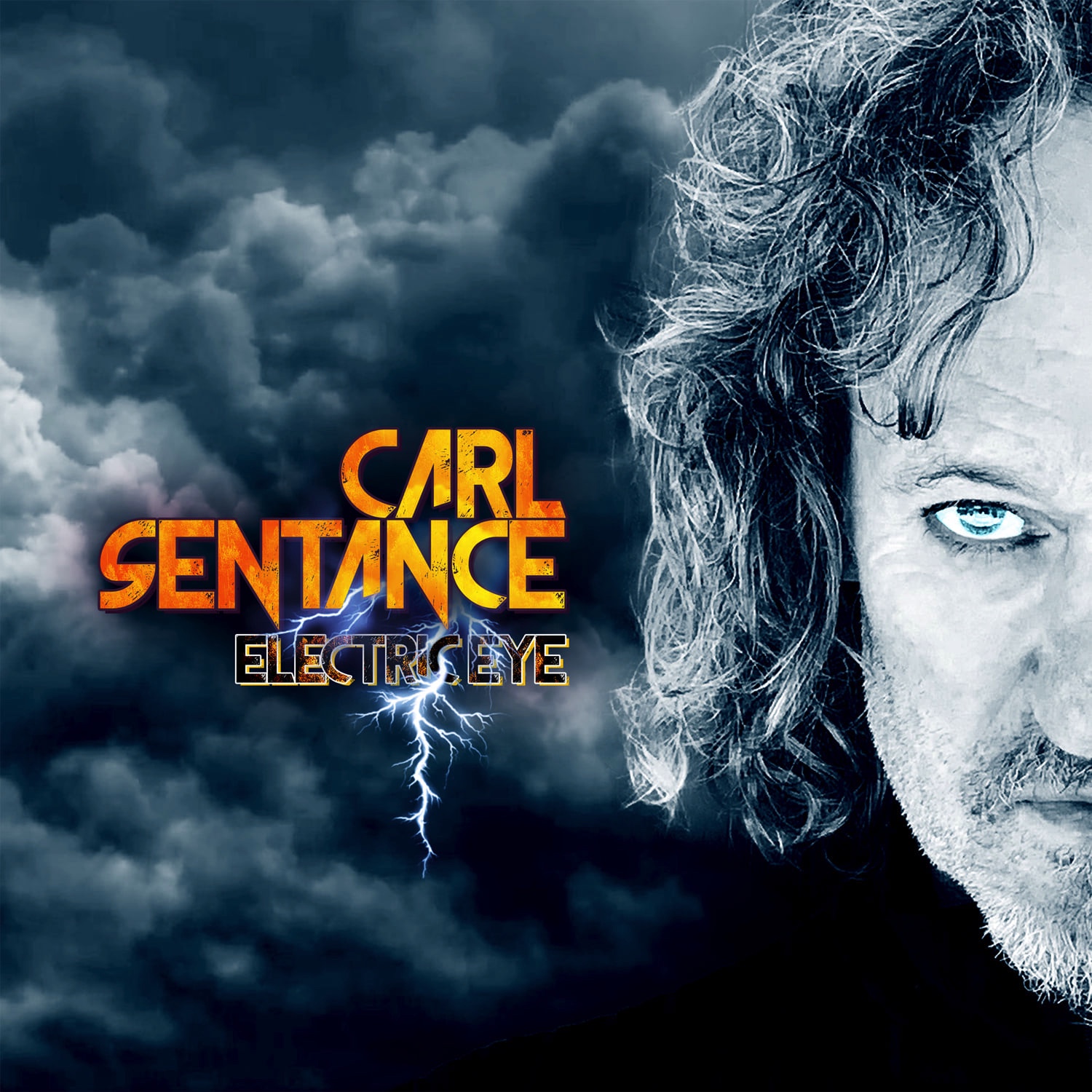 It’s surprising the number of British singers that manage to stay on top of their game, but are relatively unknown outside of the field, you could easily put Carl Sentance alongside Glenn Hughes in terms of having the ‘voice’. Leicestershire born, Carl’s first major band was the NWOBHM rock outfit Persian Risk, but he soon moved on to front one of Geezer Butler’s solo projects. After a few more collaborations, including musicals such as playing ‘The American’ in Chess, in 2006 he joined Don Airey and Friends who he still writes and appears with. Also these days Carl is the frontman for Scottish Legends Nazareth, who he signed up with in 2015. A busy man and forever touring, yet he still manages to write, his debut solo album was Mind Doctor, in 2008. ‘Electric Eye’ is the latest creation and after seeing Carl perform at a recent birthday bash celebrating Cozy Powell, I was determined to get my hands on this.

Quite fitting after staring as ‘Judas’ in Jesus Christ Superstar, that Carl uses this as the title for the opening track. ‘Judas’ is a stormer, the unbinding riff is the perfect companion for the screaming vocals and as it digs in, it gets embedded with stunning and intricate guitar. A political stab judging by the lyrics and it’s a mouth watering opener. ‘Alright’ has such chilling appeal, the chorus ‘They say it’s alright, alright , the victim of the night’ penetrates at the most ear shattering level. I have to keep playing these first two tracks, over and over, they are so compelling. The eponymous song ‘Electric Eye’ slowly wafts its eerie and haunting air of trepidation over us, I like the way it oozes a sense of fear. More pace on ‘Overload’ stretching back to those days in the 80s, the enthralling guitar chaos, also played by Carl, is enriched with the rhythm of Bob Richard on drums and bassist Wayne Banks. The video for Nervous Breakdown below, is quite a capture and features the magnificent Miss Vanja Sky. The song is delicate yet strong enough to enter your mind and conjure up a mass of personal similarities.

‘Exile’ was co-written by Carl and his son Andy Sentance, a dominant and forthright track, dealing with those inner demons of the mind. Carl ups his vocals to the extreme during this one, so resonant and vibrant. The keyboards of Don Airey are more of a feature as well as ‘Exile’ is finally outcast and dwindles into its last few chords. Time for some sobering reflections on ‘Young Beggars’ the melody is soft and caressing, it glides in a constant and gentle direction. Again Carl offers us some decent guitar strings and it’s another that enraptures. Turning up the dials, ‘If This is Heaven’ returns to the piercing vocals, that said, Carl can also drop octaves in an instant and that’s heard and perfected on this number, what a range. ‘Battlecry’ rumbles into action with stability, plenty of harmonies and a chance to hear all the elements of the band. The final track ‘California Queen’ is a bouncy and quirky stroke of genius. Addictive to the point of overload, it has a pop/techno feel and has momentous sleazy lyrics that encapsulate the essence of that West Coast State.

This is genuinely an astonishing album and it’s so rewarding to listen to. The diverse and exceptional traits of Carl Sentance are worth exploring, this man has been under the radar for far too long. ‘Electric Eye’ is out now, so head over to the links below to get a copy.

‘You could easily put Carl Sentance alongside Glenn Hughes in terms of having the ‘Voice’.

At the moment there are a few January 2022 live dates in Belgium and Germany to promote the album, Tickets at: https://www.reservix.de