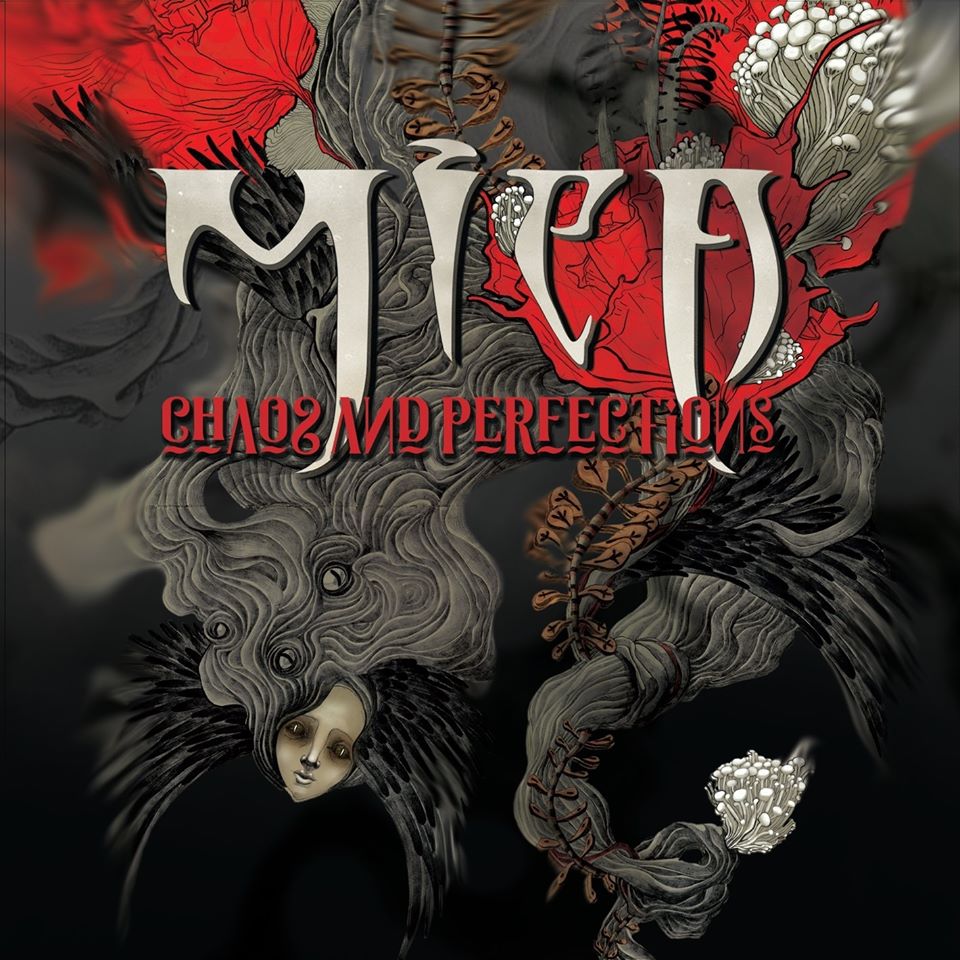 Miea are a band from Prague in the Czech Republic, a four man squad who have just had a change of line up. I’m not sure of the full history, but I can see they are fairly new to the ranks and only launched their debut album ‘To Walk Around’ in March last year. Listing favourites as far reaching as Tool, Gojira, Tremonti and Black Sabbath, there’s a wide range of choice to sway their own brand. This second album ‘Chaos And Perfections’ has been written in light of recent self isolation and the state of the world at present. I was intrigued by all of this so I had to have a listen.

The first track ‘Mammatus’ is named after those pouches that hang like breasts, under storm clouds. But before you all go in search of this weird phenomena, hear me out ! There’s a mellow and succulent introduction, gliding and flowing, indeed like mammatus clouds across the sky. Simple notes repeated with subtle vocals that vary and then the pace and pressure increases, so we get quite an aggressive few bars. Riffs and hard striking guitar slowly dwindle, to a more softer ending. ‘Under The Healing Stone’ has a more persistent opening, the drums are really in focus before the guitar sweeps in, a very stoner, post grunge, feel about it. The rawness and grinding are in contrast to a burst of chilling guitar midway. It gets heavy again towards the end and I like the effect it has on the mind.‘Your Priest Can’t Help Me’ has a dark and solemn intro, followed by increasing menace in the heavily laden vocals and distorted guitar. This is an odd sounding track, full of doom wielding and harrowing exertion, although it goes out quietly.

‘Once Again’ is also complex, there’s a mix of ideas from the opening bars. The drumming is resonant again and the shredding that embarks midway is shielded by almost prog hammering vocals. Miea are like a jigsaw with a thousand pieces, it takes time to see the whole picture. The next song ‘Heavy In My Bones’ like the earlier ‘Epiphany Of Dying Sun’ has a dramatic, punishing and experimental feel. The last track ‘Comfort Of Nothing’ is mainly instrumental and lingers for 10 yes 10 minutes, kicking off with thunder rumbling and an ominous gathering of chords. This persists for 2 minutes until we hear distant whining and the tapping of hollow sounding drums. After 5 minutes it’s still the same and again at 7 minutes it’s become stagnant, although after another 30 seconds we do hear more thunder in the distance. When we reach 8 minutes the song begins to fade and the last 2 minutes, churns and wallows, dead in the water. It’s a shame that this last creation is way too long, 5 minutes would have been fine. However to be fair, it doesn’t take anything away from the rest of the album.

When I downloaded the album, the genre title came up as unknown and that is hardly surprising, Miea have so many disguises, from Prog and Metal to the post Grunge, Stoner vibes. The results are staggering, the twin guitars unlike most bands, seem to separate rather than combine and give Miea a unique identity. The interwoven and lingering parts make this an interesting piece of work and I hope the band will soon emerge from under the radar and bless us some more with their talents.

‘Miea are like a jigsaw with a thousand pieces, it takes time to see the whole picture’.

Highlights  – Under The Healing Stone, Once Again

Track Listing –  Mammatus, Under The Healing Stone, Epiphany Of The Dying Sun, Your Priest Can’t Heal Me, Once Again , Heavy In My Bones , Comfort Of Nothing

The album is out on June 19th see links on the bands page or go to – Slovak Metal Army  to purchase a copy.