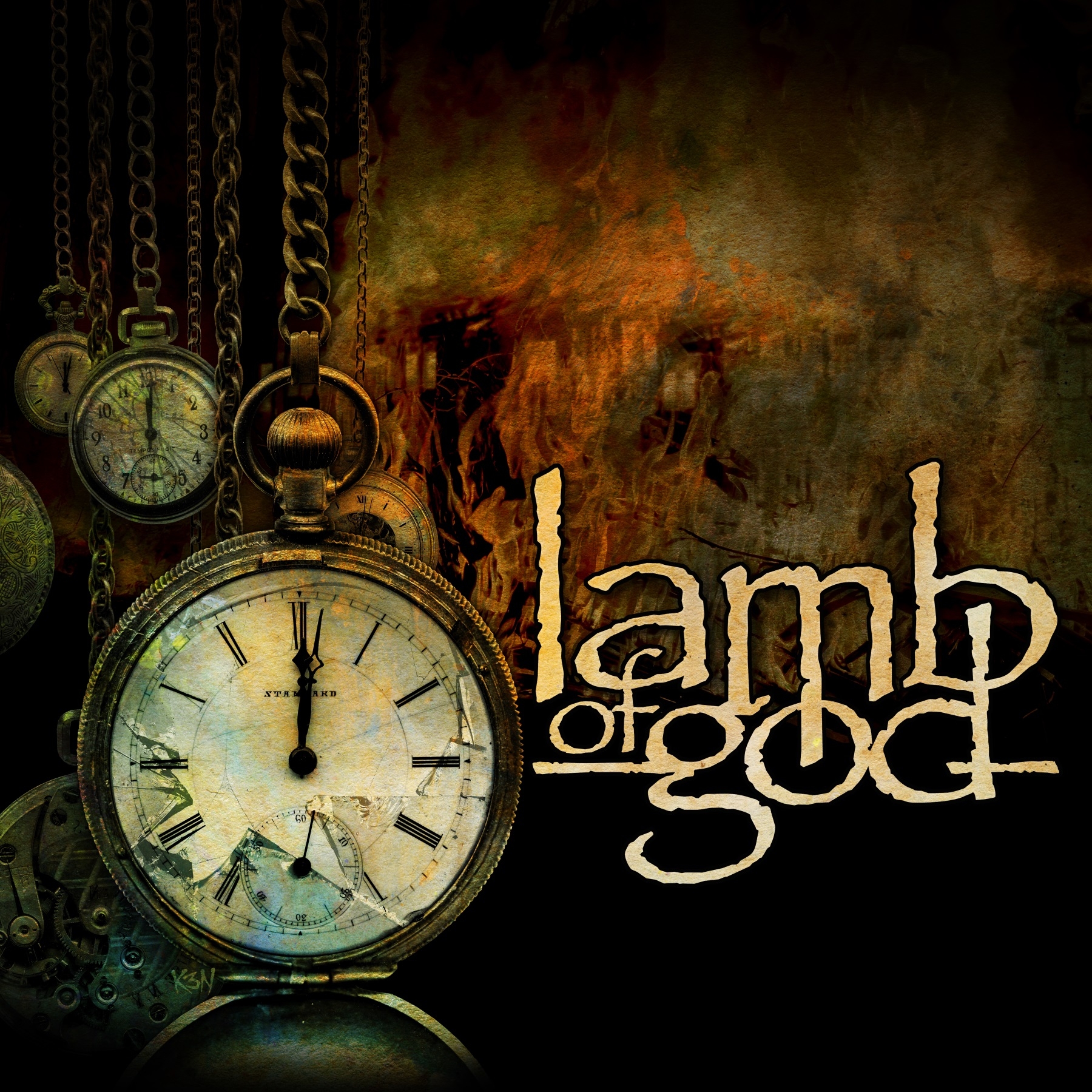 With just a few days to go until Lamb of God release their new album, on 19th June, it would be rude not to give you guys a review of this self-titled record, seeing as it is their first album in five years. Originally called Burn the Priest, Lamb of God have been busy during this lock-down, with their “The Metal Stream of the Year” content, taking over from, what was meant to be, a huge tour this year with Megadeth, Trivium and In Flames. The limited edition merchandise was available for a short time via this link, and won’t be making a come-back. While we all eagerly wait for the new tour dates to be announced, let’s see how we feel about their new record.

The album cover definitely delivers a message, with the lonesome band name focusing your attention. I think it really shouts what the band wants it to, which is that this is Lamb of God. This is them, their sound, their force, all in one new record. There’s always something to be said about the simple yet effective album artwork that bands pull off.

“Memento Mori” is up first, and the intro is certainly displaying a different sound. The clean vocals are doing well at building up suspense, and I think that is one reason why it’s a good choice for the opening track. It gives me the feeling that a narrative is building from it, and I’m being led into something more. At 1:40 the track drops us into Lamb of God’s pit, and it’s unapologetically good. I do think, however, that it sounds very much like “Walk With Me In Hell”.

“Gears” is another notable track, and sounds a bit more like a “classic” Lamb of God song. I think I did hear a short section of this song that sounded a little bit like “Redneck” at first, but it does very much remain its own song as well.
“Reality Bath” is probably one of my favourite tracks on this album because I like the mix of clean vocals throughout. Out of most of the tracks on this record this one just stands out from the rest that bit more. Bands like Lamb of God have a harder time making each album sound different from one another, and so when there are songs which bring in something else like this it really shows.

The guest vocals from Jamey Jasta on “Poison Dream” are a great addition because they, too, offer this contrast in sound, which works insanely well. Once again, it’s just something a bit different from the normal sound of Lamb of God, and I think that they can be fairly amenable.

Overall, I really liked this album. It’s a solid Lamb of God record, but with a couple of nice surprises thrown in. There are definitely some differentiating songs, but I also feel that the bulk of the album doesn’t sound insanely differentiating from any previous ones, and as I understand it the band certainly wanted to use this album as a definitive. The use of more cleaner vocals throughout the album make a great contrast, so it definitely gets my approval. I think that this is a step in the right direction to evolve the band, should they wish to follow that further down the rabbit hole.

You can find Lamb of God on Facebook here.