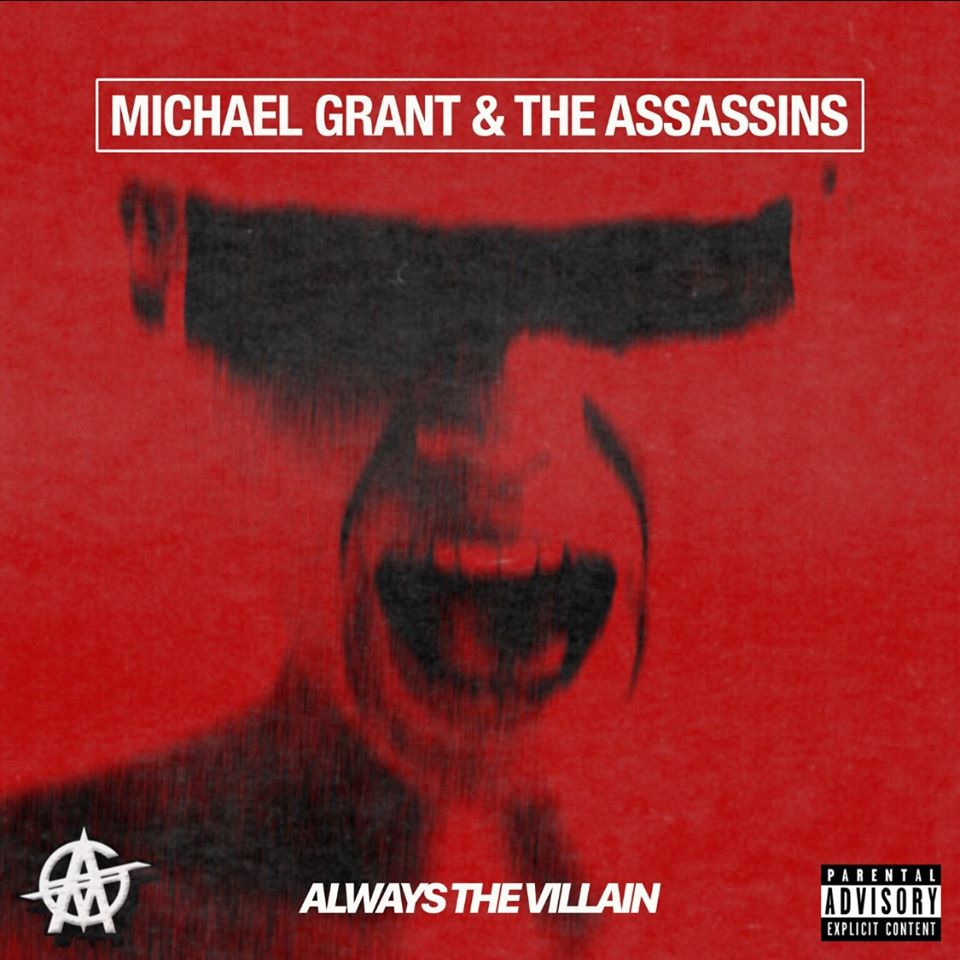 Best known for being the touring guitarist with L.A Guns for over 5 years (2013- 2018) and leading the Californian outfit ‘Endeverafter’ (who were signed to Epic and had quite a successful reign between 2004 and 2012), Michael Grant is an exceptional musician. Two years in the making, his first album under the moniker with ‘The Assassins’, is finally hitting the decks on Friday July 10th. ‘Always The Villain’ comprises of 11 tracks, another ex L.A Guns member, Shane Fitzgibbon adds his drums for a few numbers, but apart from that, Michael plays all the instruments and delivers all vocal tracks. Of course live performances see the band as a 3 piece and they have already played a few US gigs including the Monsters of Rock Cruise last year.

Swirling guitar and clear drums herald the beginning of the first track ‘Barrel Of A Gun’ which is a remake of the ‘Endeverafter’ song. Michael enters with dangerously evocative vocals that are hard, hammering and deliberate and at the same time affectionally warm. It’s an extremely adhesive number and the Assassins attack is under way. Title track ‘Always The Villain’ is another clear cut rocker. It flows along with a generous amount of lyrics and has a fervent guitar solo. The repeating chorus lines and the hook solidify the song, turning it into a mind shifter. The third track ‘Killing Me Slowly’ is deeper and has a menacing rhythm. The vocals are lower and disturbing, yet turn occasionally and squeal on a knife edge, such is the range of Grants larynx. This is one number that does stand out for me, the New Yorker has a gorgeous way of emitting his words. Of course there is a lot of lead guitar presence as well, but this one is mainly about the grinding bottom lines.

‘Nightmares’ continues with the gravel enriched and lowly voice, gently and slowly it meanders, in and out of focus. The song is nearly five and a half minutes long and has several pockets of splendour, the guitar whining and softer approach, that flows towards the end is truly charming. ‘Red Light Run’ is probably the most commercial track and fans will be familiar with it as the band have been playing it for a while. The intro hails the laid back, sleazy, L.A type twang. It certainly is a catchy ear worm, bouncy and without anything other than a simple melody, harmonies and cool guitar. Watch the video below and get swept into the intoxicating current.

‘Death Of Me’ is angrier and draws a vast amount of passion from within. The winding melodic tones are dispersed with the heavy bass and subtle riff, but it has substance and as the guitar howls in the distance, it glides to a smooth finish. As we enter the final 2 tracks and hear ‘Gimme Salvation’ the mood has got messy, the groove is divine and racy enough to raise your pulse. The clear production allows your ears to pick up every cascading beat of the drums and again the six string work nearer the end is exceptional. I love the change of tempo as we reach ’Secrets’ the strumming is more relaxed and the song has a lighter feel. Simply a rock and roll track with added guitar precision midway, that hits you fully head on.

A debut that is varied and covers many different aspects of rock, while maintaining perfection is ambitious. It takes a brave man to attempt this off his own back, but Michael Grant has certainly pulled it off. He has delivered a stunning album, ‘Always The Villain’ mixes heavy melodies, enchanting harmonies and outstanding guitar pieces, creating a work of art.

‘The groove is divine and racy enough to raise your pulse’

Barrel Of A Gun

Break Me With U

Runaway (Can You Stand The Rain)