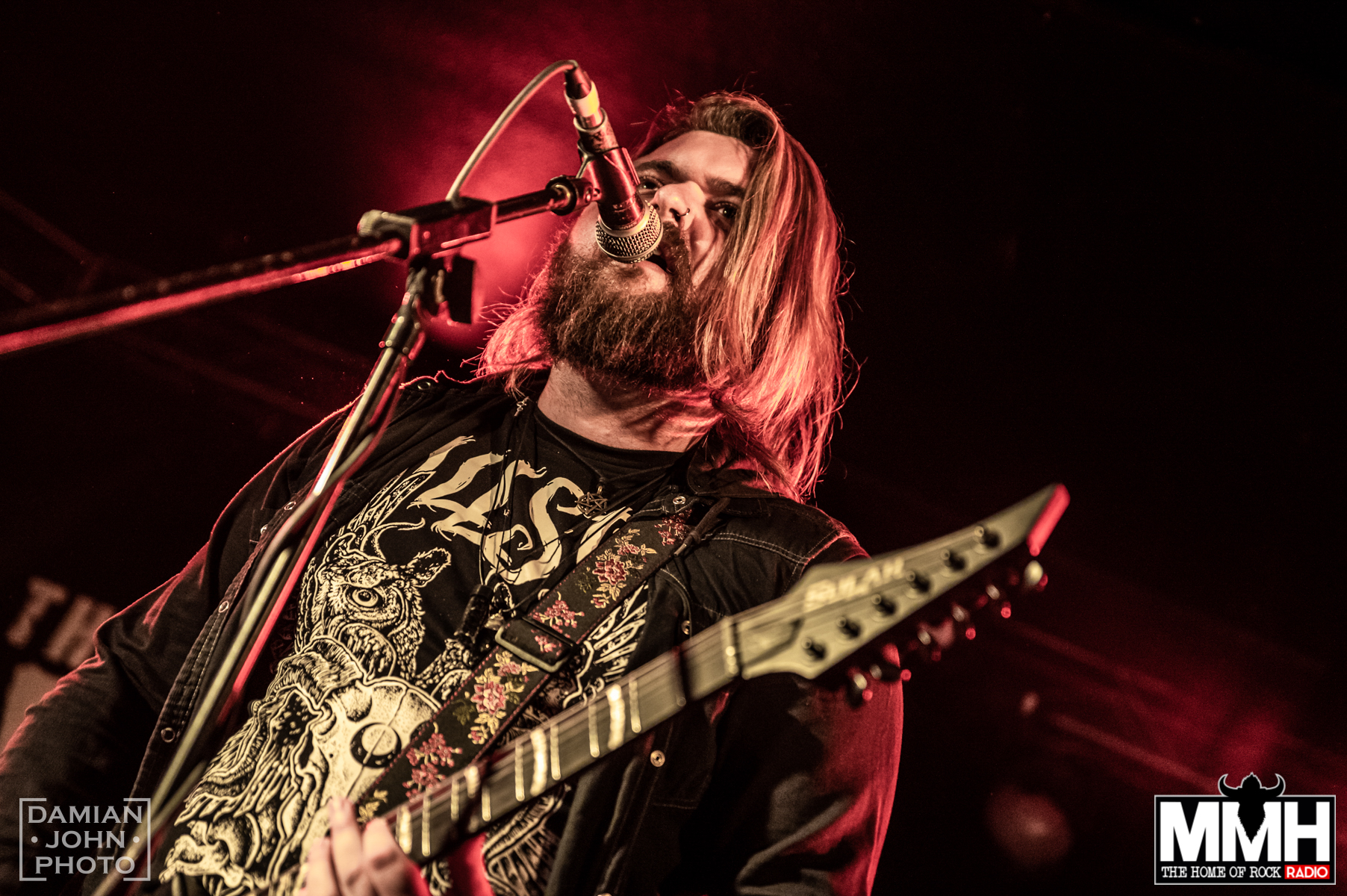 Metal to the Masses, the competition held on behalf of Bloodstock Festival is now an established event, not only here in the UK but also has heat’s in countries as far and wide as Poland. Bands “battle” it out for the coveted prize of winning a slot on the Hobgoblin New Blood Stage at Bloodstock, held this year from Thursday 6th August to Sunday 9th August at Catton Park in Derbyshire.

Tonight, we’re at the Asylum 2, at show number 3 of the Birmingham heat’s hosted by local promotions team Surprise You’re Dead and the prospect of an exciting evening of heavy music from throughout the region.

This evening’s event was much anticipated as right before the night was to take place we heard the news that one of the competitors, Orpheus UK had to pull out at the last minute due to a band member being effected by the Corona Virus, we were unsure whether the evening would have gone ahead at all but, with great communication from the organisers we were assured that all the relevant safety measures were in place and that the show would go ahead as planned. The audience did not let us down and the venue soon packed out with fans from around the region in support of tonight’s competition.

Four bands took the stage this evening, Awaken Eternity, Thrashead, Phantom State and Canis. A great representation of what the region had to offer and what was interesting about this selection was that they all brought something a bit different to the competition.

Awaken Eternity were up first, albeit an early stage time of 7:30pm they proved that being the opening band they gave us a true and honest show of what they were capable of, a heavy blend of banging Metalcore and progressive riff-mastery that had the room bouncing from the get-go. They set the bar for what was to come throughout the evening and set the tone for the competition during their 30-minute set. A perfect mix of great electronica samples, heavy riffs and well executed musicianship throughout, a tremendous performance.

Next up were Thrashed, a three-piece thrash outfit hailing from Birmingham. This band put on a spirited and energetic performance for tonight’s competition giving us some good old fashioned old-skool style Thrash metal comprising of original compositions and a couple of covers for good measure. It was good to see that thrash metal was still alive, kicking and assaulting our ears in the only way that this genre knows, loud and heavy.

With two bands now having performed the crowd were ready to continue their evening and adventure into heavy even further with Birmingham’s Phantom State….and boy, were they not disappointed. It was plain to see that this band turned up with their A-Game, as all bands should and Phantom State did not disappoint with tonight’s performance as they power-housed their way through their set with crunching, bouncing riffs from this metalcore outfit. Having given their all it was great to hear that this band are continuing from strength to strength and great to hear their new single “I am the Wolf” played live for the M2TM audience.

It was great to see that throughout this evening the crowd remained to listen to each and every band, you often find with this type of competition that audience tend to come and go, staying for their friends bands and then off outside, downstairs for the other acts. This was not the case at all tonight and it was great to see all the fans and bands sticking around for each set. From speaking with some of tonight’s artists they really “got” what this competition was about, unity, friendship, craft and a real willing to contribute to the sustainability of the scene overall. Despite the country being on lockdown and observing some real challenges to the current state of affairs the bands did not let this get in the way of a great night and gave this event a real sense of community, which is at the very heart of what this organisation is about. It was an honour to be amongst such great people.

With three bands already given their performances it was left to one band to top off a great night of music and Canis did not let us down. Again, tonight was all about the energy and this band delivered this by the bucket load. 30 minutes for any band is a challenge to get your music and message across but this band managed to achieve such a task with precision, great execution of original material and rock n’ roll prowess. With 50% of the vote tonight with the audience and 50% down to the judging panel I could see that this was going to be a tight and difficult decision for all and by the time the last band finished we were all eagerly awaiting the result of tonight’s competition.

We all waited in great anticipation for the result and it was interesting to see that at this point the bands and their fans were in their various huddles nervously awaiting the audience and judge’s decision. By the time that Matt from Surprise You’re Dead Promotions took the stage we were all ready to hear what the outcome of tonight’s competition was.

I have to say that all four bands tonight gave their 100%, no ego’s, no half measures and all heart, it was an honour to be in the presence of such talent. However, with all competitions their had to be a winner and in a surprise dead-heat result we saw Phantom State and Awaken Eternity go through to the next round. Congratulations to the winners, commiserations to those who did not go through this time, but I am sure, much like most bands that take part in M2TM, they will be back next year and stronger than ever.

This show, despite being by its very definition, a competition demonstrates the very ethos of what this organisation is all about. The bands seem to have a very clear understanding that when you take part in Metal to the Masses it’s not always about winning your heat and getting through to the quarter, semi’s and finals. It’s about playing the long game and what Bloodstock try to do is to help artists understand the process of succession, performance and resilience by giving honest council in order for them to have a sustainable future. If you build a good infrastructure around the scene that will enable you to have a great future and a thriving community.

Huge thanks to the team at Surprise You’re Dead for inviting MMH-The Home of Rock Radio down for tonight’s show and many thanks to Damian John for his photography throughout the evening. Big shoutout’s of course, go to Simon Hall and the M2TM’s team for their constant support of the music community and for making this event possible.