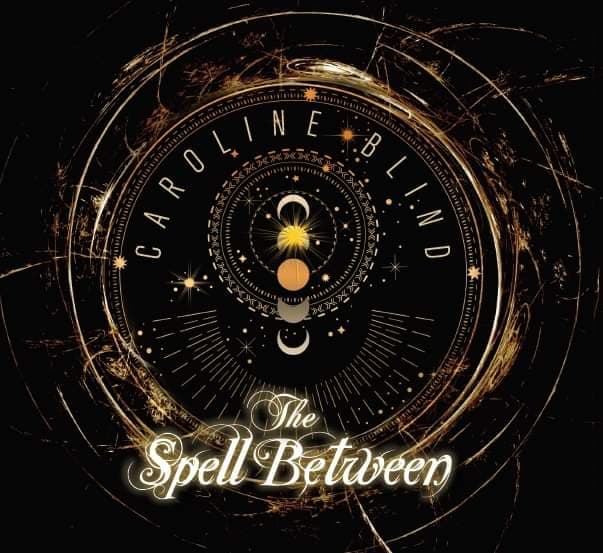 This is my first review, but after hearing Caroline Blind’s brand new and 1st solo album – The Spell Between, I felt the urge to fire up the laptop and jot down a few thoughts…..

So, who is Caroline Blind? Well as you may or may not know, she is a founding member and lead vocalist of 90’s goth band Sunshine Blind, and she returns with her new solo album, The Spell Between, which is due for release on 20th March 2020.

With some help from friends including Rich W (The Wake), David Wolfenden (Red Lorry Yellow Lorry), Ashe Ruppe (Delphine Coma) and William Faith (Faith and the Muse) plus Sunshine Blind members Geoff Bruce and CWHK amongst others, Caroline pulls off a great mixture of covers, re-workings of a couple of Sunshine Blind songs and original material.

The first three tracks are the singles that Caroline released prior to the album, kicking off with a haunting yet brilliant version of The Wake’s track “First”. It’s a slow build up with just an atmospheric synth and acoustic guitar accompanying Caroline’s voice for the 1st minute and half before the drum machine and Rich W on acoustic guitar kick in for the chorus onwards.

Next is the first song Caroline released as a Solo artist, a cover of The Swans’ “God Damn The Sun”. And what a beautiful job, I really thought no-one would be able to sing the song better that the original, but armed with the acoustic guitar Caroline takes on this song as though it was written for her.

The next cover is of Red Lorry Yellow Lorry’s “Heaven” sticks quite true to the original, probably helped by Lorries guitarist Dave Wolfenden guesting on the song.

“Tribe”, originally a Sunshine Blind song, (although it never made it on to an album) speeds things up and is the liveliest track on the album. Along with Caroline, it features former Sunshine Blind members CWHK (guitars) and Geoff Bruce (drums) along with William Faith of Faith and The Muse / Bellwether Syndicate on bass. The track kicks in with a short almost tribal drum beat before the guitar of CWHK joins in with what will likely to be a dance floor filler in goth clubs around the globe.

A familiar sound of Sunshine Blind fans follows with the trip hop sounding “Death To Sleep”. Mainly compromised of electronic drum beats and Caroline’s voice, a haunting song that wouldn’t sound out of place on a Massive Attack album, yet still sits right on The Spell Between.

Next up is a reworking of a Sunshine Blind song, with “Regodless”, where the original 1995 version was an up-tempo darkwave / gothic rock track, this new adaptation is a more stripped back affair, and a perfect example of less is more.

Another Sunshine Blind song follows with The Crescent And The Star (featuring George Earth of Switchblade Symphony on guitars). This re-imagined version of the 1995 original being more acoustic than the original which brings a new dimension to the song.

“Need To Say” is the fourth single from the album. (Although was the 2nd released) It is an original song, written by Rich W and Caroline Blind. A beautifully crafted song about being with some-one in their last moments. I’m not afraid to admit, this song still raises the hairs on my arms and gives me goose bumps.

After Need To Stay, is another cover, this time of Bill Withers classic, “Ain’t No Sunshine”. Caroline manages to turn this classic into an atmospheric trip-hop number with her haunting hushed tone voice which fits very nicely with the rest of the album.

The final two songs are a remix of Death To Sleep, this version not quite as stripped back as the previous version on the album. The final track is another version of Regodless, this is a more acoustic version with the guitars, bass, drums and programming handled by Gordon Young (Pretentious Moi / Dream Disciples / Children On Stun).

I have been waiting for this album since I heard the first single God Damn The Sun in November 2019, and I am impressed. With a mix of styles there’s a song for every mood, and an absolutely amazing album to listen to and if I had to pick a favourite, well it’s a tough call, but I would say it’s between God Damn The Sun or Need To Say. One thing is for certain, The Spell Between is going to be on a heavy rotation at my house for a long time coming.