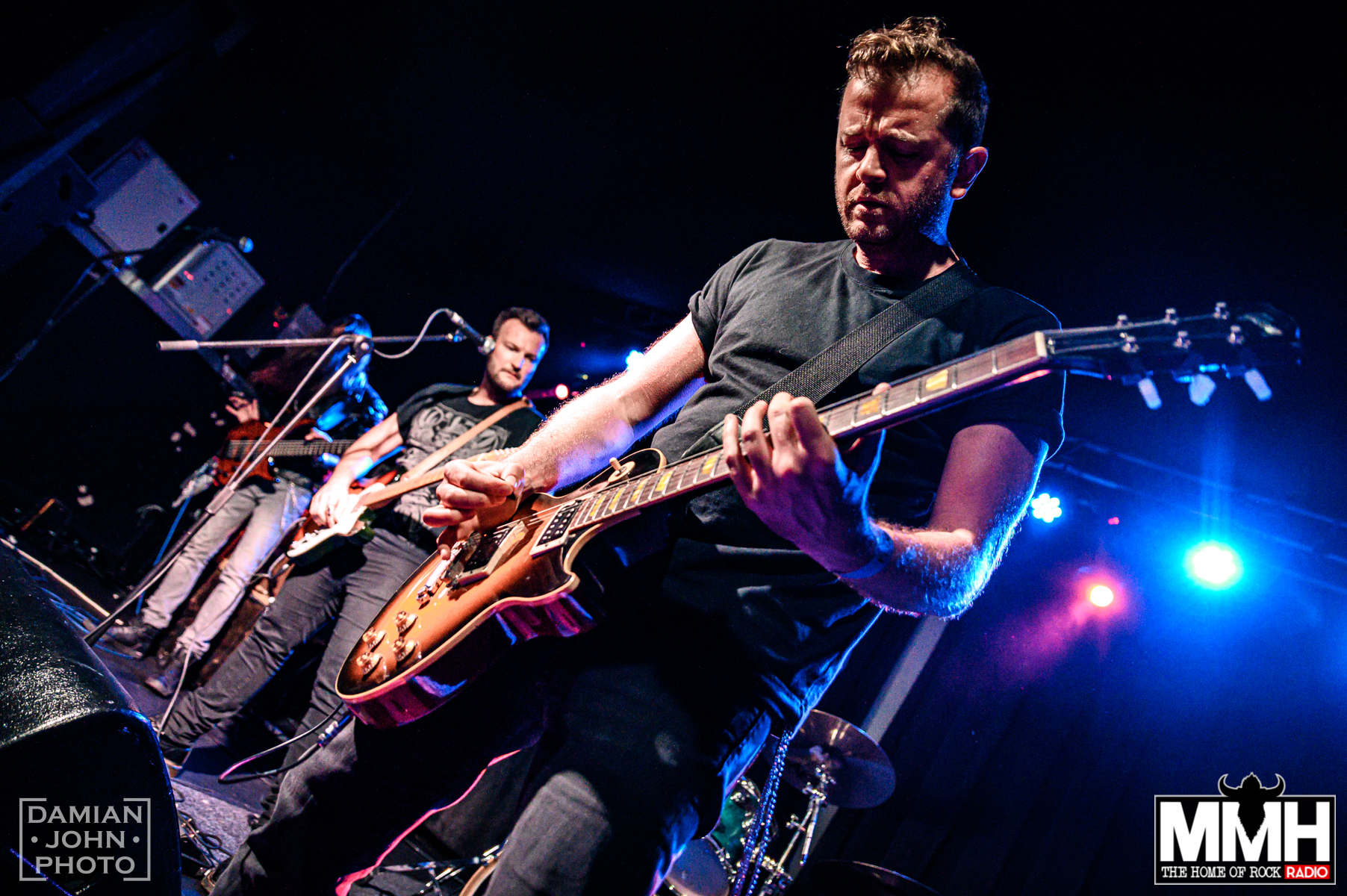 It’s an early start for this gig, first band are on at 7.30pm. A least the O2 is easy to get to and there’s plenty of parking spaces tonight. The Academy 3 is the smallest room of the venue, but it’s just through a door off the street and has adequate space for a show of this size.

STRAIGHT FOR THE SUN are a Birmingham based, metal band that have been around for a few years now. Vocalist Callum Green joined them 2 years ago and they recently shone at the HRH Highway To Hell finals in Sheffield. Although not winning, they did gain a few new fans, including me. With heavy, mournful riffs and energetic bursts of enthusiasm, SFTS are influenced by ‘System of A Down’ and Rise Against’ so is the nature of this beast. ‘Unbound’ and ‘False Hope’ are both off the EP ‘No Tomorrow’ and immediately the young fans are moshing to the delight of Callum. He nearly joins in, standing on the barrier to get his message across. ’Sirens’ is slower and more poignant, nice to see an alternative delivery with this one. Dual guitarists Pauly Barter and Tom Haywood with bassist Oz Jackson really bind and work well together, lengthy instrumental parts fitting in well with Jamie Human on drums. ‘Walk’ and ‘Villains’ complete the short set and they receive a lot of praise from the O2 punters. Definitely a band to add to your gig wish list.

I first saw DAXX & ROXANE a couple of yeas ago when they were supporting Bad Touch and they truly impressed me that night. But their show on stage 2 at this years HRH Sleaze, was astonishing, it has to go down as one of the best over that weekend. The debut ’Ticket To Rock’ album from 2017 features strongly tonight. First up, however, is ‘Sugar Rush’ it’s a frantic beginning and signals from the outset just how entertaining these Swiss guys are. The stage is hardly big enough to cater for guitarist Cal Wymann, who is constantly racing around and standing precariously on the monitors, adding to D&R’s wide display of talent. The New single ‘Interstellar’ combines vocalist/bassist Cédric Pfister’s immaculate and graceful lyrics with the rhythm guitar of Simon Golaz, to capture a dazzling few minutes of perfection. The recorded version features Don Airey, Keyboard player with Deep Purple. Time for some blues with ‘Lust & Love’ and again Cédric has our undivided attention. They cover ’Superstition’ the Stevie Wonder hit and pump it up with style, before ‘Good Vibes’ and ‘Wrong Side’ end the 40 minutes of sheer adulation from the crowd. Dax & Roxane are hitting the road again soon, as support to Doomsday Outlaw, awesome.

THE DUST CODA from London are headlining. They have been around about 4 years now and have quite a strong following, however that isn’t reflected in the number of people in the audience tonight, who are surprisingly few and far between. The self titled debut album came out in 2017 and most of it is included in tonights setlist. ‘All I got’ sees bassist Tony Ho appear on stage to strum a solo introduction, a very impressive and original start. More from the LP follow in succession, ‘Rock n Roll’ is a moody little rocker, in-between we hear the new single ‘Breakdown’ and then ‘Down In The Valley’ which has a glorious fast and catchy hook. ’Sun Goes Down’ is another slow grind where vocals from John Drake are remarkable to say the least. He has an amazing range, which he exploits further on the ballad ’Nobody Now’ a truly epic song and credit to the writing on that one.

Time to sing along with ‘When The Tide Comes In’ it has the most rockin’ of a chorus as guitarist Adam Mackie screams his 6 string in the background with Scott Miller thrashing his drums accordingly. ‘Sweet Love Is Gone’ is another soft and another remarkable number, high and pitch perfect vocals with gentle guitar, that slowly broaden into a swelling ballad, that defies the usual rules. Another from the album ‘The More It Fades’ has a funky element and ‘Best Believe It’ ups the tempo again. The Dust Coda are a rock band, no question, but they have such creative writing ability, that we hear music of exceptional standards from them. After just one listen you have most of those tracks embedded in your head.

A great night, none of the bands disappointed, all 3 were truly amazing to watch.