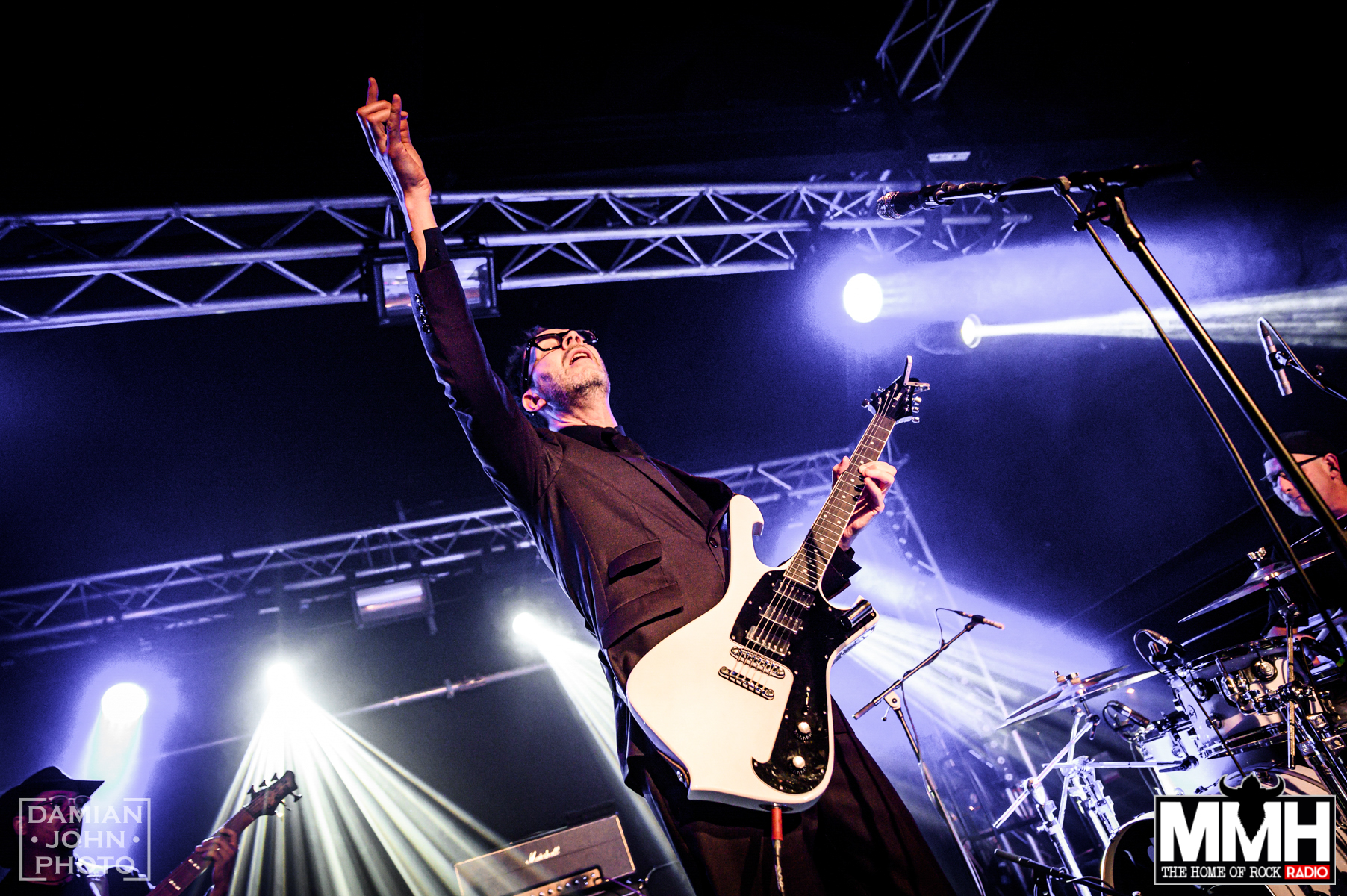 From the age of 15 the young PAUL GILBERT was turning heads in the music industry, with his intricate playing style. After several years in Racer x and Mr Big, he launched a solo career in 1996, although he still hooks up with ex band mates from time to time. Voted one of the fastest guitar players of all time, by Guitar world magazine, he is admired and celebrated by guitarists the world over. Tonight he is joined by Asher Fulero on keyboards, Timmer Blakely on bass and drummer Bill Ray, mainly to promote his latest solo album ‘Behold Electric Guitar’. With no support band, we are in for 2 hours of pure magic.

Taking to the stage with a burst, it’s straight into ‘Blues For Rabbit’ and ‘Havin It’ both from the new album. Fast shredding still thrives, but we have an expanse of Blues/Jazz and Funk these days, as these two numbers show. Back to Mr Big for ‘Green Tinted Sixties Mind’ from the 1991 ’Lean Into It’ album. The theme from Rocky ‘Gonna Fly Now’ is also performed with legato, perfect and the crowd stand in awe. There is a run of numbers from ‘Behold Electric Guitar’ now, where the much adored ‘Purple Fireman’ Ibanez is the star. Gilbert has the ability to make this guitar sing, you can almost make out lyrics, especially on ‘Let The Battery Die’ wonderful song. During this point, Paul takes time out to demonstrate how some of the tracks came to be written and entertains us with conversation pieces. It’s not a one man show either, as his band are given plenty of opportunities, to show us how talented they are.

Time for more covers, as we hear the ever popular Kansas song ‘Carry On My Wayward Son’, Van Halen’s ’Running With The Devil’ and U2’s ‘Pride – In the Name Of Love’ all given fresh appeal by Paul Gilbert, his picking technique is legendary and he is faultless tonight. There are more examples of perfection by way of Zeps ‘Whole Lotta Love’ and a jaw dropping version of ’Still I’m Sad’ that was a Yardbirds and Rainbow favourite.

Ending on another couple from the album ‘Things Can Walk To You’ and ‘Love Is The Saddest Thing’ which is a scream of a rocker, they encore as they came in, by playing the 12 bar blues of Hendrix’s ’Red House’. What an amazing night, Mr Gilbert was of course, extraordinary.

The album is out now and can be bought on the usual platforms, check HERE for the link to the website.