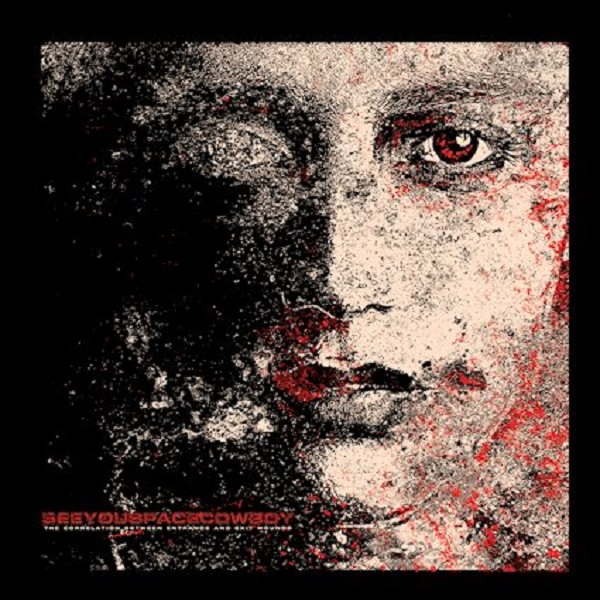 Since last year’s Songs for the Firing Squad, SeeYouSpaceCowboy have attracted a lot of positive attention from fans of mathy hardcore. In a year where we’ve had a new Employed To Serve album and Ithaca released their brilliant debut album, does The Correlation… do enough to stand out  from its contemporaries?

The Correlation… is a blistering album in the best sense of the word, with only two songs over three minutes it passes by quickly not leaving much time for the music to get stale. Opening track, Armed With Their Teeth, sets the scene perfectly for the core of the band’s sound. It’s fast, chaotic and savage mathy hardcore which isn’t afraid to get down and heavy for extra impact. There are experiments with the core formula here and there, like on Prolonging the Inevitable Forever, which opens with a filthy, pulsing bass line before breaking back into the “alarm clock” riffing that defines the genre. With High Hopes and Clipped Wings adds more expansive sections to the chaos, giving a bit of breathing room to the listener. These posthardcore influences really elevate the album but are becoming more common place in the genre in recent years. When they are integrated properly into songs it works wonders.

This is not always the case however. Last December doesn’t so much combine the spacey post-hardcore sections with the more savage parts but keeps them entirely separate. It doesn’t flow, it’s just a cut and a count in to transition from one to the other. No Words, No Compensating Lies and A Space Marked “Escape” are two instrumental posthardcore tracks that are thrown into the album. While they do provide some nice breathing room, there’s not enough substance or hooks to them to make the work well as stand alone songs and feel more like interludes than anything else. Sadly, this lack of integration adds to a feeling- which occurs toward the end of the second listen- that the band have used all their tricks. Nothing feels as surprising or impactful when you hit the latter half of the album, in fact the excitement that should come with the chaos is disappointingly absent later on.

The Correlation… suffers a lot from the stellar company it’s keeping. Even though the album is well constructed and works well, it’s not quite as good as the albums that have come out in the same scene this year. If you, like me, love this sort of thing this album will be an enjoyable listen, but if you’re a more discerning listener this isn’t essential.

Highlights: Armed With Their Teeth and Prolonging the Inevitable Forever.

The Correlation Between Entrance And Exit Wounds is out now via Pure Noise Records. It can be purchased here.