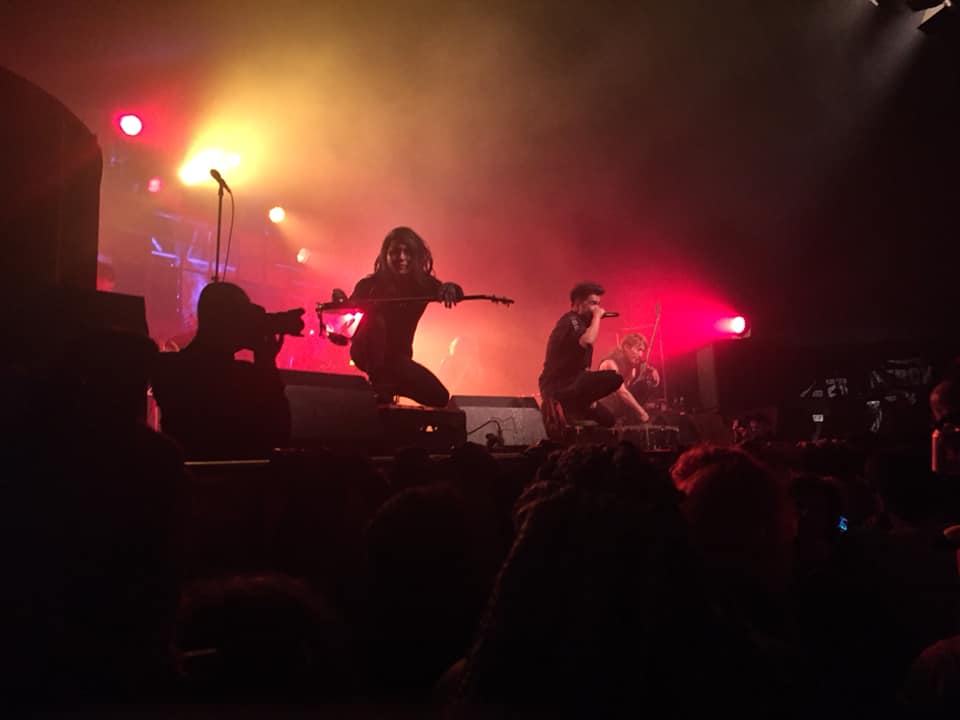 Boomtown Fair Festival in Winchester only started adding heavy music to their line up in the last couple of years, and it certainly seems to be bringing crowds successfully. This year it welcomed Japanese metal band Crossfaith to its Dis-Order Alley district.

I was very excited when I saw the line-up, and had to go along. It has been a while since Crossfaith played in the UK, and it wasn’t something I wanted to pass up. The band have always put on greats shows, and they really get into character.

From start to finish they were incredibly energetic and encouraging, chanting “We are Crossfaith” on several occasions. When classics such as Jaigerbomb and Monolith started being played the crowd went wild, jumping and screaming to every lyric. Crossfaith dedicated their cover of Omen to Keith Flint, and they certainly weren’t the only artist/group to do so over the weekend. At one point fans flooded the stage, jumping with the band members as one song came to a close. After a few requests to return to the most pit by front-man Kenta Koie, the band signed off with one last blow before the lights lowered.

One thing I like about Crossfaith is that no matter the size of the stage, they still assume their roles and give it all they’ve got. They take on their alter egos as performers, and never deliver anything short of raw power. Bass player Hiroki Ikegawa is a master of expression, whipping his guitar around like a prop between songs, throwing the odd pick into the crowd. I can’t wait to see what they pull off when given a bigger stage and more tech to play with.

The lighting was well done, though a lot of red light was used. Just enough smoke machines were used to give an eerie effect without gassing out the entire crowd below the rather tall stage. You could tell through the entire set that everyone was beaming. The set was attracting passersby from outside, which for me shows the caliber they have. Those who weren’t familiar with the band were feeding off of the energy of long-term fans.

Overall, a really great set. I’m thrilled at what this band has achieved.