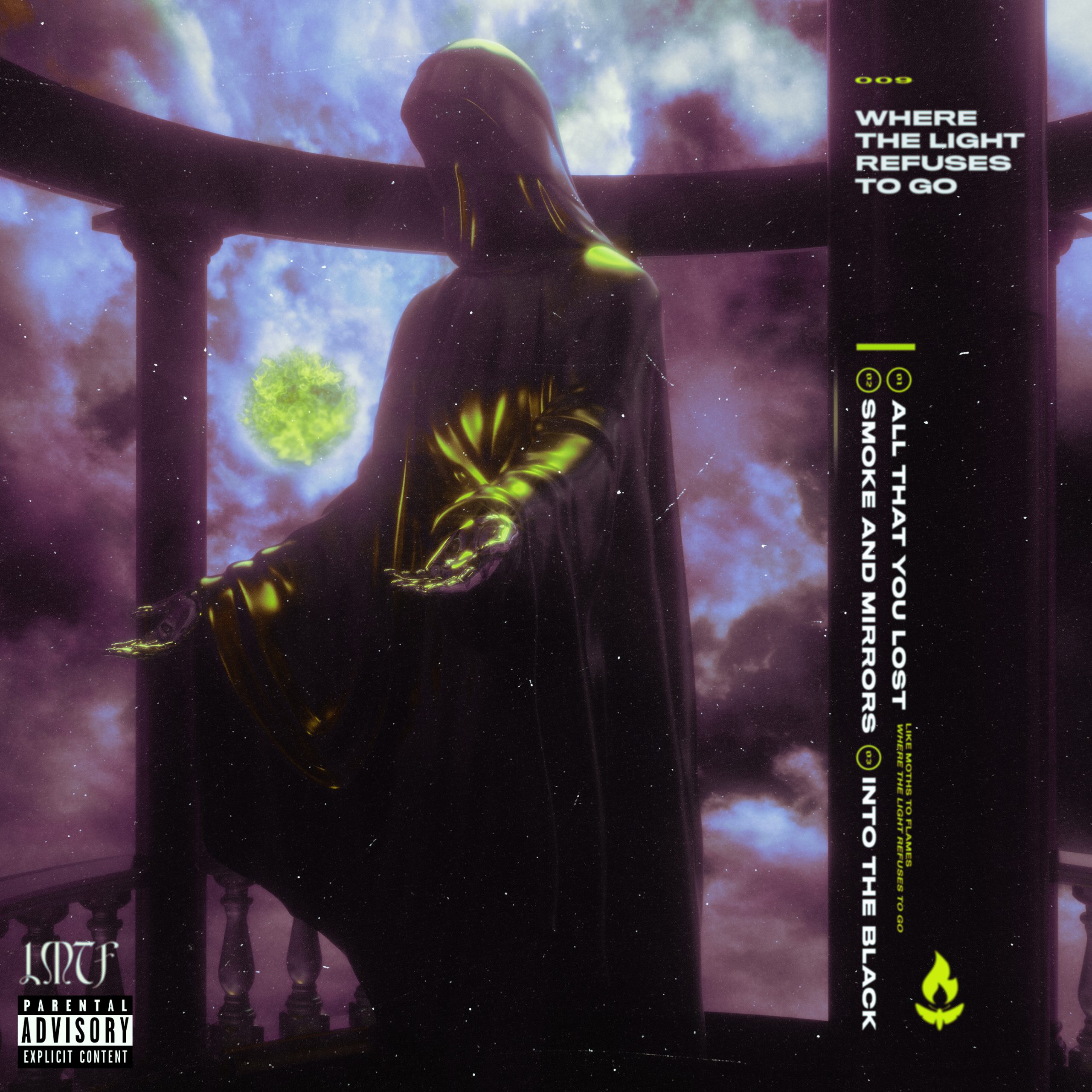 Ohio metalcore outfit, Like Moths To Flames, have put out some great albums and greater songs over
the past 10 years, all while under the Rise Records banner.
However, in 2019, they made the shift away from Rise, moving over to the Australian label, UNFD, a
move that vocalist Chris Roetter has said has given the band a great sense of “renewal”
This renewal leading to the release of their latest EP, “Where The Light Refuses To Go”, a 3 song long
demonstration of what LMTF has in store for us under their new banner.
Before I start though, I think it’s worth noting that only one song on this EP is actually a new release, “All That You Lost” was released on its own earlier this year, and then again alongside “Smoke & Mirrors”.

Opening with “All That You Lost”, anyone who is familiar with Like Moths’ old music, will greatly
appreciate the almost chaotic guitar riffs laid down initially, the blast beats that follow, and the
immense screaming from vocalist Chris as the song fully kicks in. This song really brings the heavy, and its emotionally laden lyrics about the failure of relationships and breaking free from them, helps make it a fantastic opener to mark the new chapter in this bands life.
A stark contrast to the subsequent track, “Smoke and Mirrors”, which sheds some of the heaviness
to create a slicker and more rhythmic track, in which we’re reminded of the bands ability to create
exciting, anthemic choruses. The kind that are almost guaranteed to make a song a highlight of any shows
played.
This does however bring us to the final (and only really brand new) track on this all too short EP.
Into The Black, a suitable title for an outro track, creates an equally dark atmosphere with its intro of
synth layered guitar, and eerie vocals, before kicking in with a final round of intense screams,
followed by melodic choruses. Into The Black tackles the topic of staying in a place where you are unhappy, with all the rage you would expect from someone that is frustrated by the pain of waiting for something to end. A fitting final showing of what Like Moths To Flames have up their
sleeves for us in the future.
Heavy, rhythmic, and full of catchy choruses, Where The Light Refuses To Go, while short, really does give an exciting view into the future of the band.
It may not necessarily be wholly different from what they have put out in the past, but it is without a doubt
improved and more refined in almost every aspect, vocally, instrumentally, and creatively.
I just wish it was a tiny bit longer considering two thirds of it were released beforehand.