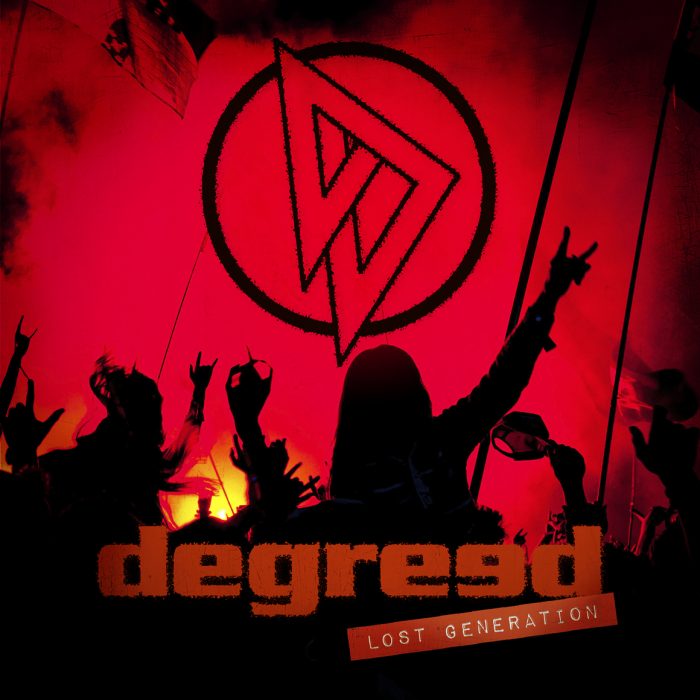 Hailing all the way from Sweden, the four-piece rock bank Degreed release their fifth album Lost Generationtoday. Since the release of their critically acclaimed first album Life, Love, Lossin 2010, the band have been taking the rock music scene by storm. Having won various awards and mentions from Powerplay Magazine, Classic Rock Magazine and more, Degreed sets high hopes for fans with their newest musical endeavour – but I can tell you they do not disappoint.

Made up of brothers Robin and Mats Ericsson, along with guitarist Daniel Johansson and Mikael Jansson on vibrant keys, the band craft an ambitious album. Already, its first single ‘Ruins’ has topped the iTunes charts but what more can we expect? With this album, the listener is brought back to 00s rock and punk with energetic and punchy elements that makes Lost Generationboth playful and meaningful. The combined synth underlays and heavy guitar makes for an interesting take on the classic rock and metal genre Degreed have adopted. I’m not sure if it’s the inner pop-punk-lover in me but I find myself drawn more towards the songs where electronic elements are featured more heavily than I am to others. With ‘Sex’, the intro could almost be a pop song and listening on it even has a similar energy and lyrics to such. Lead vocalist, Robin Ericsson, belts out “sex is all we have in common, sex is all we need to get by” – lyrics that scream cliché romance but with a roaring sound like this and lyrics like these, Degreed conjure up thoughts of AC/DC. However, songs like ‘Body of Work’ with its explosive guitar section and fluttery underlying synth it feels like I’m listening to Five Finger Death Punch.

Moving further into the album, ‘You All Know My Name’ is truly a union of genres. With verses of rhythmic guitar chugs, a pop chorus and topped with a killer guitar solo, the song is a whirlwind that would be amazing to hear live. Like this track, ‘Ruins’ fuses a lot of rock and pop elements too. It starts off slow and ends with a big chorus but with slightly deeper lyrics than ‘Sex’, this track turns a nostalgic page as it describes the Ericsson brothers’ hometown. Mats says the song is about “growing up in the little town and loving it and still loving it even though the houses fall apart and the people you knew have moved”. It seems that even as the band progresses and becomes more successful, they are still loyal to their roots both biographically and musically.

The concluding track, ‘Alive’, like ‘Ruins’ begins slow but transforms into a big anthemic piece and leaves the listener feeling fulfilled, moved and energised after this vibrant album. It may be fun and poppy but Degreed still somehow manage to maintain the rock genre and stay devoted to their roots.

Lost Generation is out now via Gain/Sony Music Sweden.