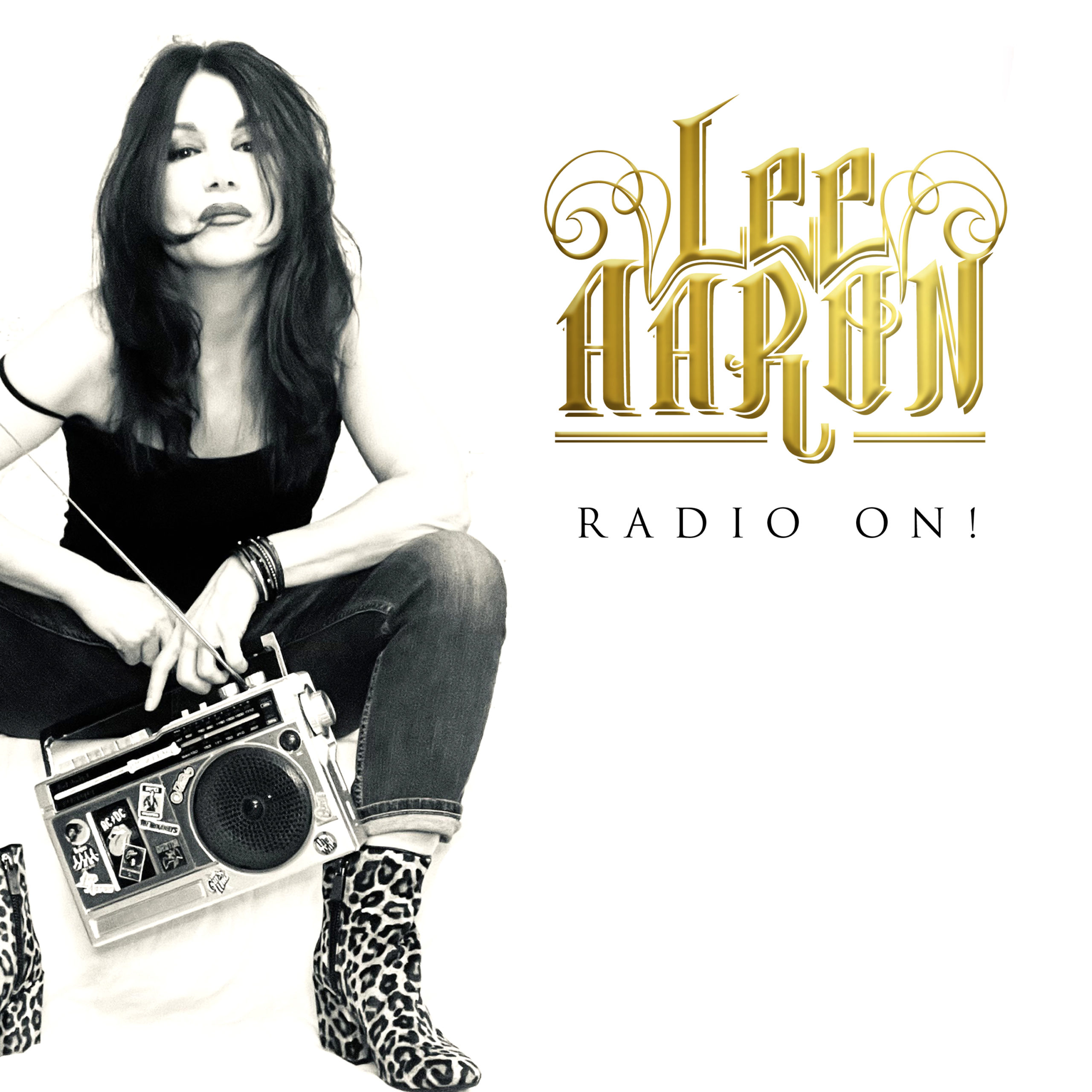 Multi-platinum, award-winning vocalist Lee Aaron is a Canadian rock singer who recorded her first music in 1982 and is ready to release her 13th album ‘Radio On!’ on 23rd July. To summarise her career in brief is nigh-on impossible but I’ll give it a shot here to give you some background.

Lee has always been an entertainer; singing Broadway school theatre, she joined a rock band by the time she was 15, playing keyboards and sax as well as singing, and in 1984 she released the ‘Metal Queen’ album. The album’s title track is a hard driving anthem about female empowerment, and quickly catapulted Aaron to iconic status in the rock world.

Disillusioned by misrepresentation and feeling misunderstood, Lee took a hiatus and decided that the only way to be represented clearly was by being independent – producing and releasing her music herself. Slick Chick in 2000 was a successful ‘musical transformation’ into jazz and this switch in genres finally let people see her as the adaptable, talented musician and vocalist she is.

After a break to start a family, Lee returned to rock in a performance with Heart at Thunder Bay’s prestigious Rockfest festival. a quite from her website which nicely sums up her current state of mind;

“Having reconciled her Metal Queen image with real life, she understands her audience has matured with her. ‘Metal Queen’ is now more than just a rock chick shouting an anthem line to her fans – it belongs to a girl who grew up, and now embraces motherhood, music and life, with all its diversions and challenges, setbacks and joys.”

Now to the latest album…

‘Vampin’ is an excellent start, a classic/AOR rock track with a grumbling bass and silky smooth vocals. The unique sounding guitar solo is unforgettable and I’m officially taking this song as my theme tune; it’s fun and provocative.
Aaron has a diverse range and switches up for a more impassioned vocal in ‘Soul Breaker’ which is a steady and reliable grower with great longevity among NWOCR fans.

‘Cmon’ is a Blondie-style irresistible pop-rock toe tapper! I love it but I love Blondie. This style hasn’t really aged and would still be a hit today given the chance.

Reminding me of a misspent youth, the chug rock bluesy ‘Mama Don’t Remember’ has a 90s retro feel which I love. It is subtly sexy and a definite earworm. But I’m left lukewarm by title track ‘Radio On’ – I love the sentiment but the song doesn’t excite me, there is a lush country drawl and catchy chorus but the feelgood self-affirmation falls short on me, sorry. My personal taste.

‘Soho Crawl’ and ‘Devil’s Gold’ are ones to look out for. The former is a heavier track with a grittier vocal which is so enjoyable, while ‘Devil’s Gold’ has to be the song of the album. This track has more substance than its predecessors, and from the intriguing intro develops a moody elegiac song with absolutely stunning vocals, which delivers on its promise of an emotive journey to make the hairs on your arms stand to attention.

‘Russian Doll’ is a fast-paced swing inspired song which further demonstrates Aaron’s scope of influence, and ‘Great Big Love’ is a ballad about opposites attracting.

‘Wasted’ is another stand out track for me, a hypnotic intro which is simple and understated – and what a voice – which picks up at the 2 minute mark and storms towards an angry outburst before an elegant vocal closes the song.

The guitar is the star of ‘Had Me At Hello’ and there is something familiar about ‘Twenty One’ that makes me start singing Adele songs.

Lee Aaron is truly a sensational vocalist and this album is a pleasing jaunt back to 90s classic rock which I really enjoyed. Standouts aside, the album is great reminiscence but those tracks that do stand out set the bar high and prove that Lee Aaron still has a lot to say and we should always take the time to listen. Fans will love it, taking Aaron back into their arms like a favourite cousin, and hopefully there will be a few new fans along the way.