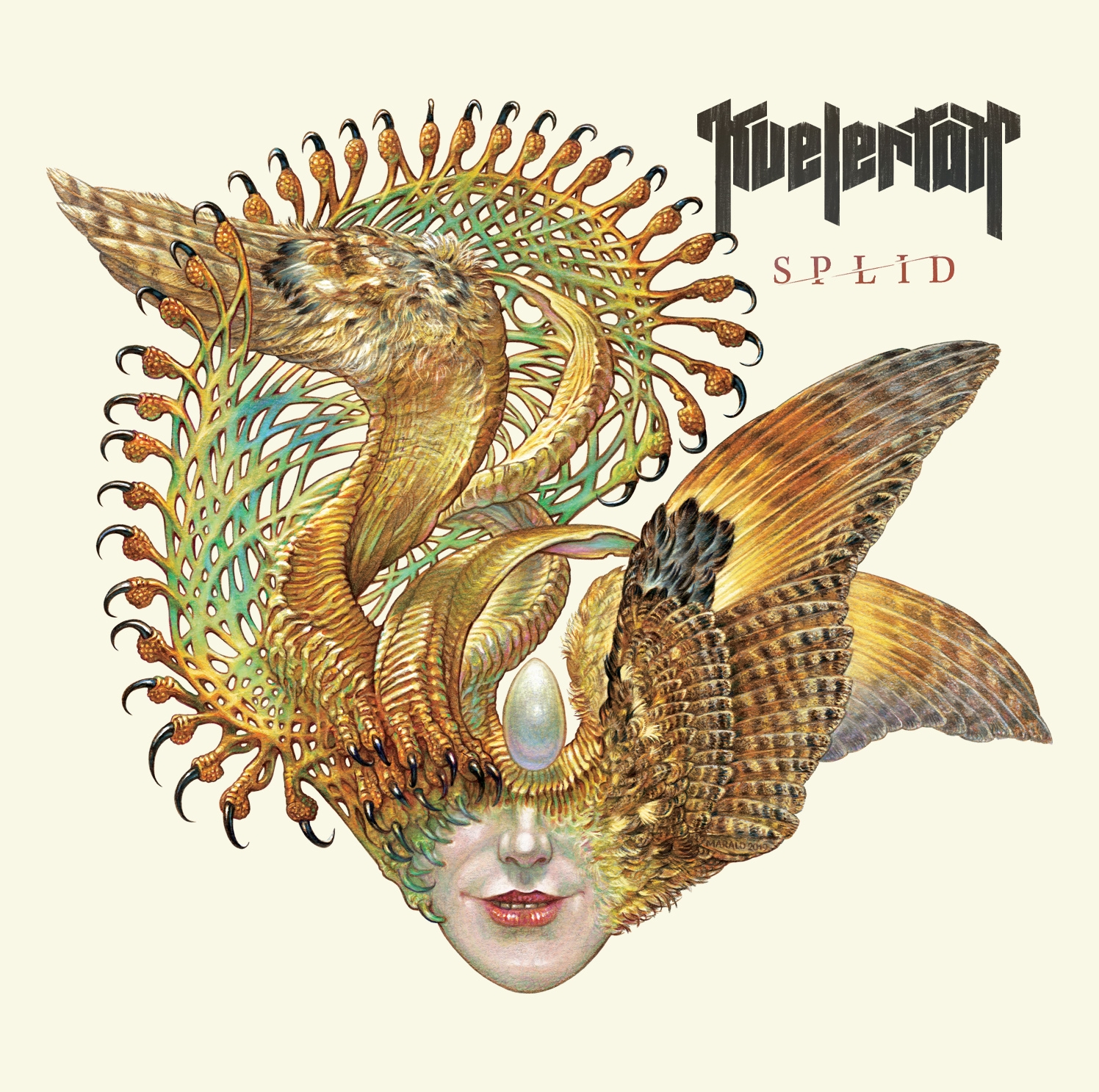 I got that feeling of excitement when I heard that this Norwegian punk/classic rock/blackened mob were releasing new songs. 2016’s ‘Nattesferd’ seemed so long ago. More songs! More live shows! Most importantly, more Kvelertak! I know I’m not the only one. They’ve had everyone from Metallica, Ghost to Dave Grohl singing their praises. Not bad for a band who mostly sing/shout in Norwegian. The word ‘Kvelertak’ means ‘stranglehold’, or ‘chokehold’, if you were wondering. It’s a nice summary for their live shows, I guess. You go see them live and they lock you in from the first minute, furious but fun. No-one really sounds quite like them, but they’ve got enough familiar elements to their music as not to alienate the uninitiated.

Original frontman Erlend Hjelvik left the band in summer 2018, being swiftly replaced by Ivar Nikolaisen. Ivar had toured with Kvelertak before, and even provided guest vocals on 2010’s Blodtørst. Evidently, he fits the band like a glove, although you would probably think the same if you hadn’t known this. His vocals are a little different to Erlend’s, but ‘Splid’ still sounds like Kvelertak. Notably, the band have evolved with Ivar (as well as new drummer Håvard Takle Ohr), as he brings more clean vocals, with his screams a little higher and less gravelly than Erlend’s. The song lengths on ‘Splid’ are longer as well. ‘Splid’ is the sound of a band progressing, without losing their own individual essence. Guitarist Vidar explains that the title ‘Splid’, meaning ‘discord’, refers to the way the band see the world today, and how it’s changing. ‘It’s getting more polarised. Splid sums it up.’

The start of the album builds up for almost two minutes, creating tension and excitement. If you know the band, you know what’s going to happen, but it doesn’t make it any less satisfying when it finally drops. Rogaland is a punk-ish rager, with Kvelertak’s triple guitar harmony attacks present towards the end. It’s almost like listening to vintage Thin Lizzy played on an organ. Crack of Doom, with Troy Sanders of a certain Mastodon providing guest vocals, rages away much like the first track, and Necrosoft appeases the extreme metal/earlier Kvelertak fans with the first signs of blackened blastbeats, which are littered throughout the album. Discord has a real feel-good vibe to it, with its frenzied punk energy, rock-and-roll pianos and use of major keys. It’s hard not to headbang along with a big old grin on your face, and you can just tell it’s going to go off live.

That’s the Kvelertak we know and love, then. What about the newer elements? First single Bråtebrann follows, and it already sounds like a ready-made classic. An early groove highly reminiscent of Slayer’s Behind the Crooked Cross gets the heads nodding, before it develops into some vintage Judas Priest-style riffing. They then evoke Queen at their most cinematic, with every bandmember having recorded vocals to create a real classic-sounding chorus. It’s even got a few progressive flourishes and cathartic, AC/DC-style rock-and-rolling. A wailing, glorious guitar solo is thrown in for good measure towards the end, after we’re encouraged to get out our air guitars. No, really. Bråtebrann is a seven-minute long party, and nothing less. It’s the true centrepiece of the album.

The album closes on two of the most adventurous songs in Kvelertak’s back catalogue. A beautiful, clean, effects-laden guitar intro brings Delirium Tremens in, as Ivar layers in some clean vocals, giving it a grungey moodiness free of aggression for the first couple of minutes. It crescendos, with particularly impressive guitar work that lets strings ring out in Mastodonian fashion, full of rich harmonies throughout. Eventually it develops into sounding more along the lines of black metal and chaotic, frantic hardcore. It’s Kvelertak at their most proggy, and really has a bit of everything. Ved Bredden Av Nihil fills the role of ‘triumphant epic album closer’, with an unconventional chord sequence that cleverly repeats itself over the course of the song. The song’s got anger, but irresistible melodies throughout. The album gradually fades out to nothing, feeling like the end of a thrilling journey.

A stronger and more focussed offering than 2016’s ‘Nattesferd’, it might sound largely the same as typical Kvelertak on a casual listen, but the evolution is clear beneath the lines. Kvelertak sound more ambitious than ever, but still with all the feel-good factors that make them stand out in the crowded scene. The songs lag in memorability slightly towards the third quarter, but the strong start and strong finish make up for it. A fun and worthwhile listen.

Splid is out on February 14th on Rise Records