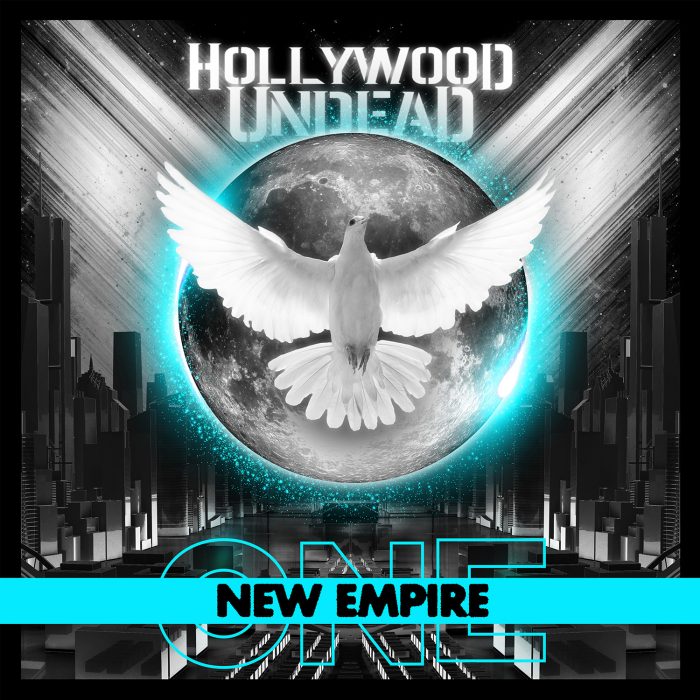 Hollywood Undead are back again with a new, reinvigorated album. The music still speaks their name and their message but New Empire, Vol. 1 is a complete re-imagination of their sound. Hailing all the way from California, the band have a massive cult following of millions, have sold out shows and festivals, and have had astounding chart success with multiple gold and platinum albums. With nine thunderous tracks, the band returns with their sixth full-length studio album and it exceeds all expectations.

The first track ‘Time Bomb’ is a high energy track. The opening riff reminds me of their older music, yet this sound is refreshed and replenished. I think the guitar riffs on this album are some of the best things about it – how they keep on bashing out these stunning melodies is beyond me!

‘Already Dead’ is a more anthemic track. I love the slightly slower, roaring guitars in the opening. Followed by the next riff which is ornated with minor notes and bends – a pleasure to the ears. The vocals belt out “watch me now as I’m breakin’ these chains, leavin’ your whole empire in flames”, this track speaks of empowerment and freedom.

‘Empire’ and the next track ‘Killin’ It’ have major hip/hop vibes. The two songs remind me a lot of Linkin Park, and even some hues of Eminem. Hollywood Undead take two very intense genres of music – rap and metal – and make it their own. Next up, ‘Enemy’ is a teaming up of choppy rhythms with melodical flurries. The drums truly lead this track with the varying rhythms. They create a different energy for each section of the song and show off each vocalist’s strengths. This is one of my favourite tracks.

The album concludes with ‘Nightmare’, a track that begins slow and transforms into a hip/hop anthem. The lyrics here are angry and incredibly intense but executed in a way that leads the listener through this train of thought and lets us relate to these emotions closely.

The rich and layered guitar sound Hollywood Undead have created, teamed with the synth underlayers and thundering drums, is just perfection. The band show us many of their vulnerabilities and emotions with this album and have converted them into a musical masterpiece. New Empire, Vol. 1 is a myriad of genres seamlessly fused and, in some ways, a complete re-imagination of the band’s sound. I can’t wait to see what the rest of their journey brings.

If this review has convinced you then catch Hollywood Undead on their European tour with Papa Roach this coming February and March!

New Empire, Vol. 1 is out now via Dove & Grenade Media / BMG and can be purchased here.