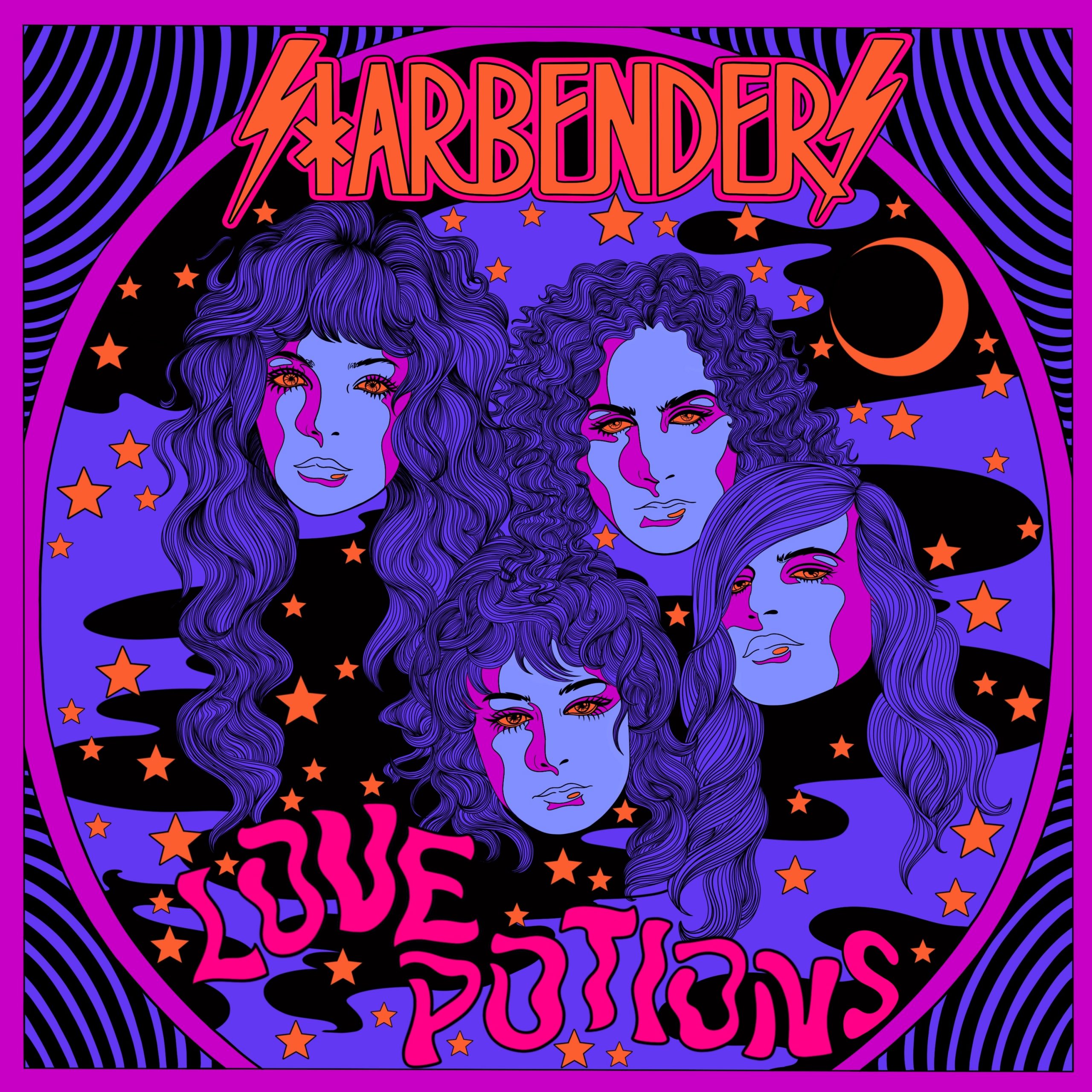 It’s fair to say that Starbenders have been making a noise that is gradually getting everyone’s attention. From joining an impressive roster of bands after signing with Sumerian Records last year, to a 28-date tour of America completed in a single month. Clearly, they mean business. In addition, they’ve also toured with the likes of Alice In Chains and Palaye Royale. So, here’s what to expect of their somophore album ‘Love Potions’, ready to be released on Valentines day.

The first thing I noticed with Starbenders is that you can’t really pin them down. Their sound is an eclectic mix of Glam Rock and 80’s synth pop that’s been modernised. That’s probably the best way I can describe it. Hangin’ on tonight is the first potion the band serve up, and it’s got a nice kick to it. With the guitars and drums directing the song, they play like they mean it, which gives it a solid rock feel. Despite this, the synths and the vocals in particular give you an immediate indication of why this band isn’t just another rock band. The synth melodies give it that glam/spacey feel, while the vocals adapt well to each section of the song. Vocalist Kimi Shelter has a creative and unique delivery with the swagger similar to Lady Gaga. However, the personality she presents through her image and her voice have allowed the band to create their own one-of-a-kind sound. Given they’ve managed to do that at this stage in their career, it’s another impressive feat by the band.

Track 3 (Precious) features a collaboration with Palaye Royale frontman Remington Leith, and it works hand-in-hand with the Starbender sound. It would have been hard to find someone else who fits in the way Leith does in the choruses, the male vocal line brings another dynamic to the band, giving that extra bit of attack. Furthermore, it presents a tonality that’s uncertain at times, floating in between major and minor. One might even describe the tonality as being purgatory, not really leaning towards either end of the spectrum. They could even record another take of this, I think the fans would love a proper duet version. Maybe an idea if they decide to release a special edition? Despite Precious not having the big-feel chorus of other songs, it’s a catchy song that I’m sure will be a hit with their audience. The band show their creativity throughout the album, from the key change at the end of Holy Mother to the swing feel of Never Gonna Die, no two songs are the same. A track where they express this well is Push. While it might be more like a modern pop song (along the lines of Billie Eilish), the effects and whispering vocals they use allow Push to stand apart from the others on the album.

Something Ain’t Right gives the album a lift towards the climax, a song for any avid fans of punk rock (like myself). Starbenders go up a gear and turn on the fiery attitude and volume here, staying true to their roots while laying into this tasty tune. A rapid guitar solo provides the thrills here, one that grabs the attention and gives the song a rebellious reputation. This will be a song that people will pray is on their setlist at their live shows, and I’m sure it will be. In conclusion, Love Potions is a very promising and elaborate follow up to their debut album. Above all, what’s refreshing to see is the diversity and inventiveness of all the songs. This band have accomplished a lot in a short space of time, and if they continue like this, it won’t be long until headline shows and festival slots come calling. Starbenders have got a bright future ahead of them, and who knows, they could be the trailblazers for a new string of bands in this genre

Love Potions is out now via Sumerian Records, and can be purchased here.