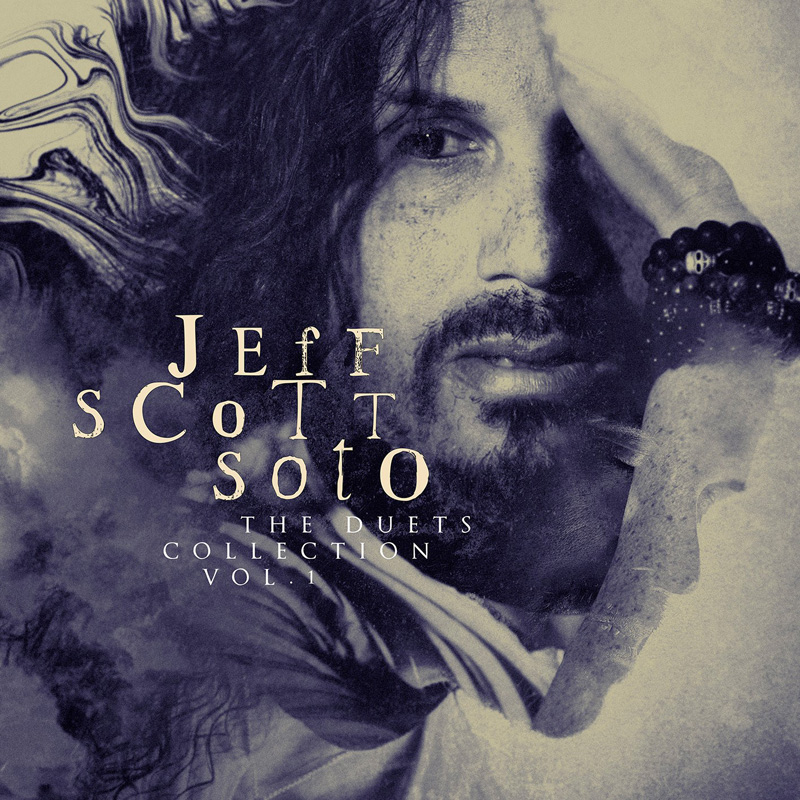 JSS should need no introduction to any rock and metal fans out there but just in case we have anyone new to the scene, Soto has had a career spanning over 30 years working with Yngwie Malmsteen, Journey, Talisman, W.E.T, Sons of Apollo and TSO, as well his own band Soto and a solo career.

Rumour has it that when the world stopped to take a breath, the normally super hardworking Soto found the downtime difficult so put his energies into a new project, volume 1 of a duets album which spans much of his career to date. I can’t wait for volume 2-27! He’s one of the hardest working men in the business and never seems to stop.

‘Livin’ The Life’ from the ROCKSTAR soundtrack features Swedish musician and producer Erik Martensson (W.E.T) and is a chugging 90s hair metal track which is simply a 3 minute party in your head.

Yngwie Malmsteen’s ‘Don’t Let It End’ features a new name to me, Dino Jelusick, a young Croatian singer/musician from TSO and Animal Drive who has just joined Whitesnake. Soto’s powerhouse vocals fit beautifully with the slight snarl and the highlights are a rousing chorus and some serious shredding!

Talisman favourite ‘Mysterious’ is sung with Eric Martin (Mr Big) and it’s difficult to see where one singer starts and the other ends. This is such a perfect choice of duet for the style of the song, and the vocalists are supported by top rate musicianship throughout.

Inglorious frontman Nathan James duets on JSS’s solo track ‘Believe in Me’. This is a great choice of track for the TSO BFFs and the two incredible vocalists together is sublime. This soaring ballad sounds like it should be the theme to a classic 80s movie like Mannequin – it’s fabulous and a highlight of the album.

‘Coming Home’ (Soul SirkUS) is a new one on me and the emotional song features singer/drummer Deen Castronovo (Journey, Revolution Saints).

Another Talisman track, ‘I’ll Be Waiting’ sees Soto sing alongside Alirio Netto (Queen Extravaganza) which is another unforgettable classic.

With a little more attitude and a slight hint of sexy sleaze, ‘Callin’ All Girls’ (Eyes) sees Soto pair up with Russell Allen (Symphony X, Adrenaline Mob). The two vocalists go surprisingly well together and the different style of this song demonstrates the versatility and diverse nature of Soto’s back catalogue. This is definitely one to shake those hips to and has a screaming guitar solo around 3 minutes. Love it.

Another Talisman track sneaks in, ‘Colour My XTC’ is heavier and the rumbling bass adds an unfathomable depth. Renan Zonta (Electric Mob) guests on vocals. This track has it all; incredibly melodic chorus which begs you to sing along, outstanding guitars which must set fingers aflame with their ferocity, and that booming bassline. This song demands your full attention and I find it quite addictive. Song of the album for me.

From his time with Axel Rudi Pell, ‘Warrior’ has another pounding bass and a thunderous kick drum. Johnny Gioeli (Hardline) features and you cant go wrong with those two vocalists on the same track!

Jeff Scott Soto song ‘Holding On’ features BJ (Soto, Spektra) and I find this beautiful track unbelievably emotional and it brings tears to my eyes.

The album closes with ‘Again 2 B Found’ (Humanimal). This is perhaps the heaviest track on the album, featuring Swedish singer, songwriter and producer Mats Leven (Yngwie Malmsteen, Candlemass). The musicianship is really unparalleled and the vocals switch between gruff and softer. This is a tremendous rework of the original.

Whether you are a tried and true rock fan or just dabble now and again, whether you know and love Jeff Scott Soto, or have only just heard of him, you need this album to give you some of the back story of one of our greatest frontmen which features some mind-blowing singers and musicians. It may just change your life…

Standouts: Holding On, Colour My XTC, Believe In Me

Out now on Frontiers