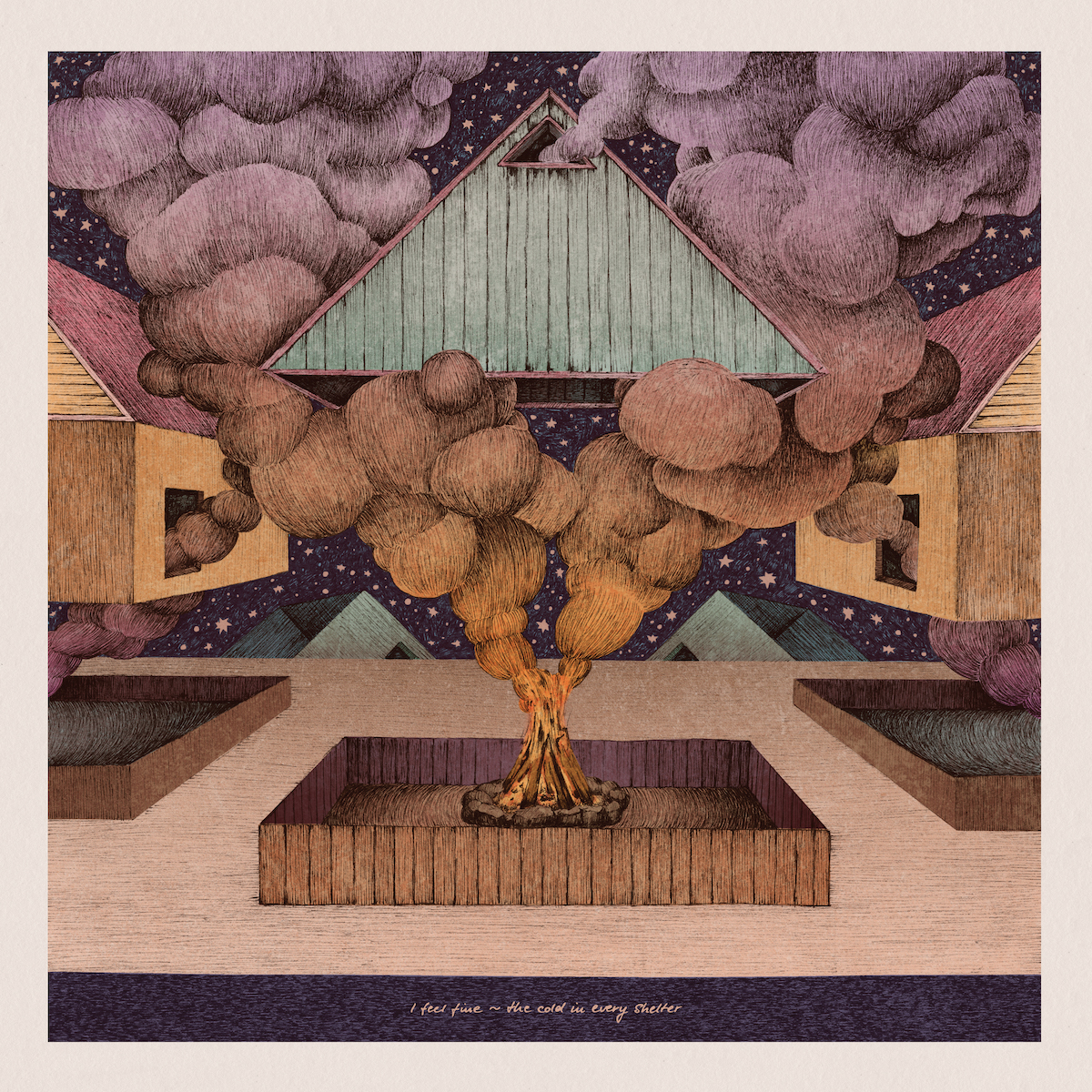 In 2021, tagging an artist as emo is almost entirely meaningless. I’ve heard it thrown at bands as diverse as Glassjaw and The Menzingers. This makes it difficult to know if you’ll actually enjoy a new emo release, unless you have a very broad taste. The positive side of this is that music reviewers can view any new release simply tagged as emo as a nice surprise before they dive in.

I Feel Fine’s The Cold in Every Shelter lives firmly in the shoegazey, mathy, post rock realm of emo. Shimmering guitars playing delicate lead melodies abound across the album. It’s easy to become lost purely in the guitar work here, especially with the mastery of dynamics, exquisitely captured towards the end of Million. By following the guitar lines, you can be fully immersed and taken on breath-taking, emotional journeys. The interplay between the strings and guitars on The Ladder is a perfect example. It is a shame then that this is often undercut by the rest of the musical tapestry.

It’s a bold choice to have the vocals be almost entirely performed as gang vocals. These aren’t as rough as a hardcore gang vocal nor are they harmonised either, leaving them in a weird middle ground- sounding almost like a crowd singing along, rather than a lead performance. When it works, like on Selfsame, it can be triumphant and life affirming, but more often it drags you out of the zone the guitars have pulled you into. When there are solo vocals, they work well but that just makes this artistic choice even more baffling. A reversal in the proportions is likely what’s needed here because at the moment I’d prefer if the album were instrumental.

Another key criticism is the drumming. It’s not bad and frequently works well, but there are several moments where the guitars are playing delicately and quietly and the drumming is far too heavy handed for that mood, again pulling a listener out of the mood created by the other instrumentation, like on opener Something New to Worry About. Just a touch more restraint would be greatly appreciated in more subdued moments.

The Cold in Every Shelter is a mixed bag of an album, with some real moments of brilliance across it’s ten tracks, which are unfortunately sabotaged by some serious rough edges. Perhaps if you like the kind of post rock I’ve referenced here it’s worth checking out, but I struggle to give a ringing endorsement to anyone. The best I can offer is that I want to hear more of this guitar work, so I’ll be keeping an eye on this band, and its members going forward. I truly believe they could make something special someday, but they need a lot more development from here.

The Cold In Every Shelter is out 10th September 2021 and can be purchased here.

|
i feel fine, post rock, the cold in everys shelter