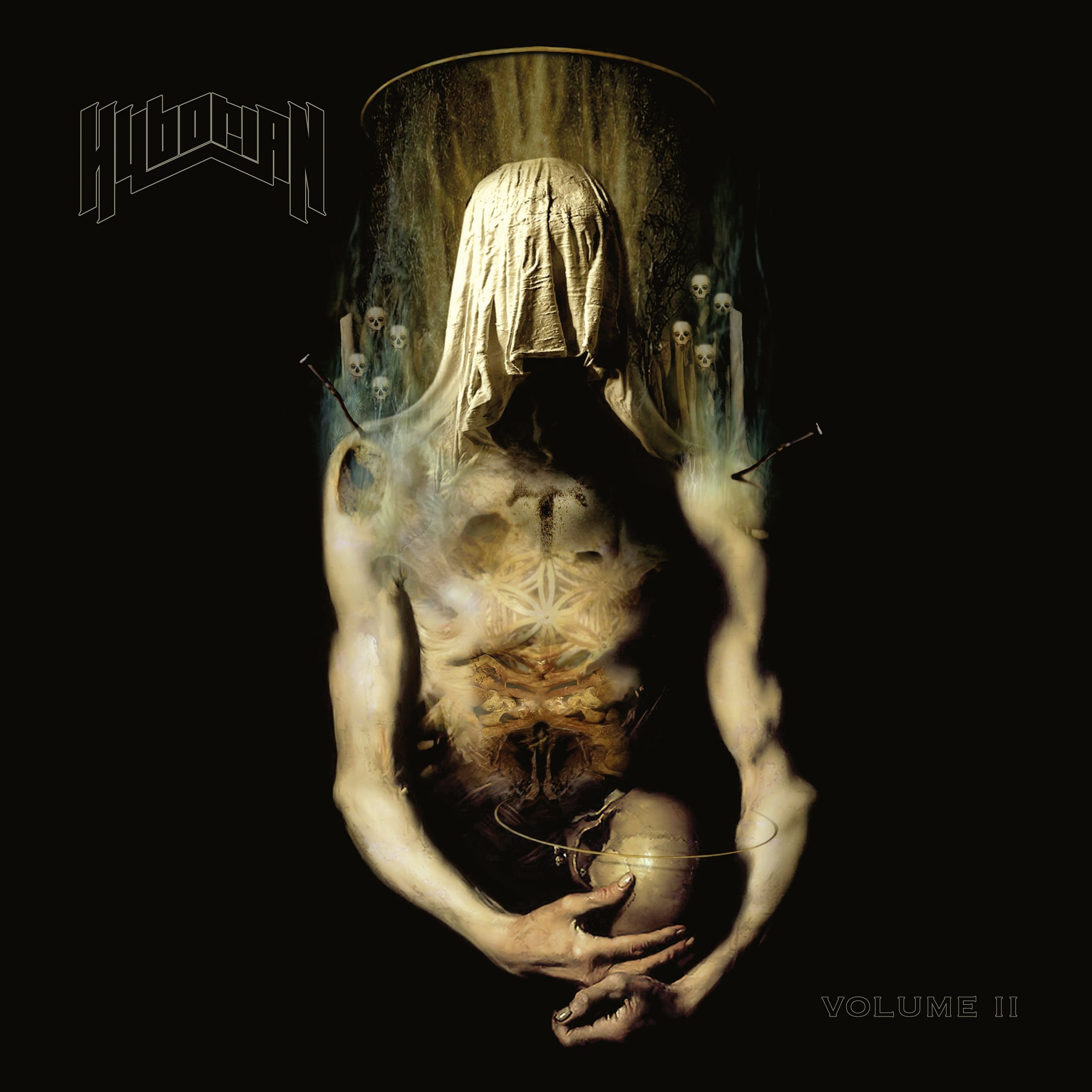 From Kansas City, Missouri, proggy stoner/sludge quartet Hyborian recently released their second album. Coming three years after Vol. 1 (almost to the day), Hyborian follow in the footsteps of The Sword, High on Fire and Mastodon, the latter’s influence leaving a strong and noticeable imprint on the band’s sound. This is no bad thing. Unflinchingly progressive and soaringly powerful, Volume II is definitely worth exploring for fans of any of these bands. What kind of journey do they take us on, then?

The album screeches in with a blast of feedback and a chuggy riff to introduce ‘Driven by Hunger’. An upbeat number, full of catchy vocal harmonies and cool drum patterns, it sets the tone for the rest of the album nicely. ‘Stormbound’ has more of an old-school, headbang-worthy stoner vibe to it. The lead guitar section around two-thirds of the way through is a real highlight, showing off their ear for melody. With that said, Hyborian know when to dial up the aggression and show off their heavier influences – such as the section immediately afterwards! ‘Sanctuary’ starts off more with a more hard-hitting vibe, as well, but they slide nicely in and out of spacey, melodic verses that could almost be Troy Sanders at his peak, between the harsher sections. They even launch into a breakdown towards the end that sounds like Mastodon’s epic Hearts Alive – no bad thing! ‘Planet Destructor’ thrashes away energetically like High on Fire, and I can only imagine how well this song will go off live.

‘The Entity’ is another rager that really defies you not to nod away as you listen, before ‘Expanse’ comes in with one of the best choruses on the whole record, with a very strong sense of melody and harmony underpinning it. I love the guitar solo that’s based on this chorus in particular, which is very euphoric and straight up one of the most memorable aspects of Volume II. ‘Portal’ is a great one for really showing off Hyborian’s technical, progressive side, full of key changes and tricky licks amid the aggression. ‘In the Hall of the Travellers’ is a fitting climax for the album, summing up what we’ve heard before in a more grandiose format. The thrashy downpicks are still present among the progressive sludge tendencies, but they extend the song into epic territory. Hyborian introduce a well-written, moody recurring chord motif that slowly fades out. For such a spacey album, it’s like seeing the rocket ease out into the distance. Oh, and a creepy monologue played backwards on top of eerie SFX then make you feel like you’ve been dropped off the face of the earth. Lovely.

Volume II definitely warrants a listen, and there’s no excuse for fans of the genre. Hyborian are clearly a very talented group of musicians. If I have one point of critique, then, it’s that I would love to hear Hyborian create and craft great music that really shows off more of their individualities, with an end statement that is more original. They definitely have the songwriting abilities and technical chops to make something special. I want, though, to hear something that is truly their own. Regardless, in comparison to Vol. 1, they seem already to be on this path. Volume II is bigger in every way – in terms of production, hooks, and the song quality in general. I am truly looking forward to hearing this band at their full powers.