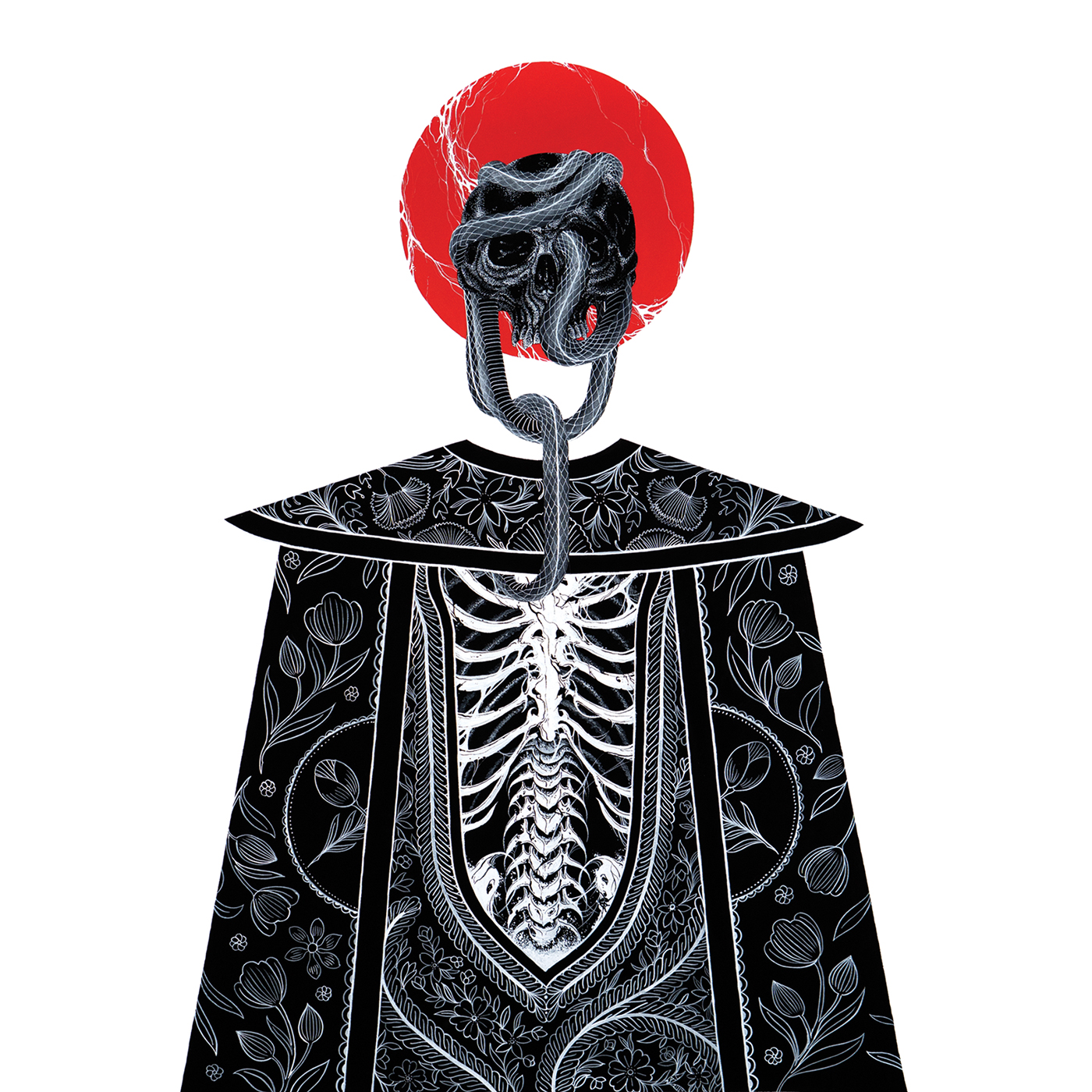 Heretical Sect’s first full-length album is on its way. A relatively unknown act, with no social media apart from Bandcamp (as far as I could see), the blackened death metal trio come from Santa Fe, New Mexico. Their reconceptualisation of the traditional setting that black metal is known for – from Nordic darkness to the American Southwest – as well as the songs on this release, which for one, were all performed live – gives them a unique and interesting ethos to consider before the listener even begins to turn to to the blistering music at hand.

Heretical Sect waste no time in getting to the point with the blistering ‘Rising Light of Lunacy’, full of trademark blackened death metal-style harmonies, chord sequences and blasts. The atmosphere is unforgiving and claustrophobic from the off, and the vocal stylings – in the background as well as the foreground – give a menacing and demonic quality to the music. Second track ‘The Depths of Weeping Infinity’ shows off more of their influences from straight death metal and slightly more progressive leanings (no bad thing), but apart from that, rages away in a similar vein to the track before it.

‘Baptismal Rot and Ash’, the album’s centrepiece, lasts for over ten and a half minutes. Beginning in slow and grandiose fashion, it marks itself out as an epic from the opening seconds. The first section has a noticeable tinge of 90s doom to it – before the tempo (inevitably) picks up to a more traditional black metal feel, but Heretical Sect tastefully vary the two disparate aspects of this song, ultimately serving to make the faster sections seem even more frenetic, and to allow the slow parts to really hammer home. One of the most striking parts of the song is the outro – where the last 100 seconds are nothing but a slow fade to black. It’s clear what Heretical Sect were aiming for with this ambitious number, and it’s pulled off to dazzling effect.

The second half of the record is strong, too, with the blackened ‘Pit Abominations’, and the brief ‘Resurrection Sky’, which feels almost industrial over its beginning, before the epic ‘Degradation Temple’ to close proceedings. However, it is around the latter part of ‘Rapturous Flesh Consumed’ that the lack of stylistic and musical originality becomes apparent. It would be unfair to say that the record drags or overstays its welcome – but it’s hard to escape the feeling that this has largely ‘all been done before’. The genre has an abundance of bands – great for its diehard fans, but less so for bands seeking out that fresh, new sound. The music is good – don’t get me wrong – but doesn’t necessarily stand out. It’s early days for Heretical Sect and I do hope they can carve this out over time.

Heretical Sect have shown with the ‘backstory’ to this album that they are capable of originality, but ultimately it’s the quality of the music that speaks the loudest volume. It’s the concept that feels freshest of all – with tales about extreme religion, murder and atrocity that happened in their Southwestern homeland (as opposed to the typical cowboy culture that the region is famously associated within music) – hopefully Heretical Sect can translate this into their music next time round. I’ll definitely be waiting out for that next release. Even if classic status hasn’t quite been achieved, listen to this if you like occult-y stuff, and anything blackened, doomy or death metal. A solid effort.

Rapturous Flesh Consumed is out on December 11th via Gilead Media