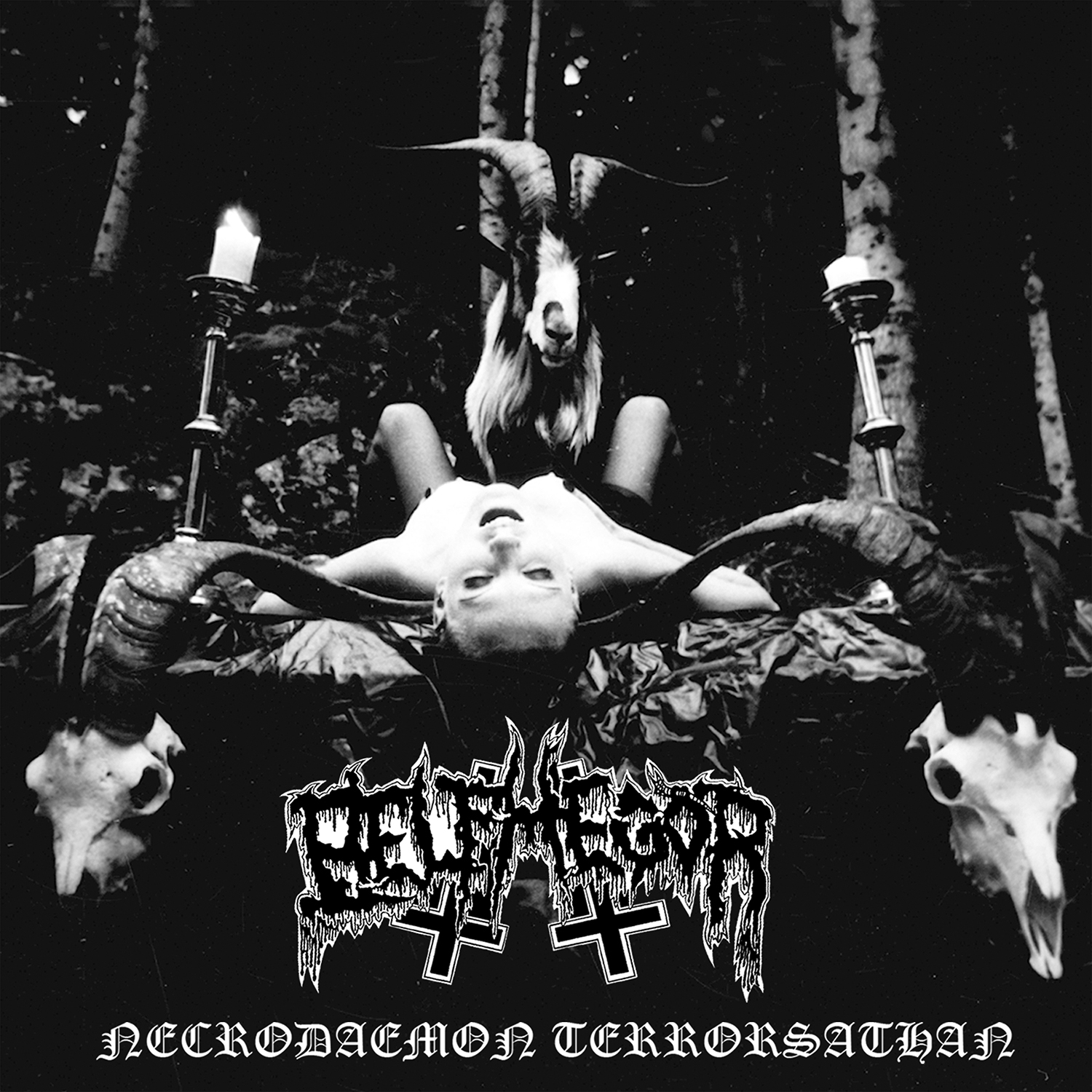 Released initially in 2000, Belphegor’s third offering became an underground classic. Mixing brutal death metal, black metal, a touch of technicality, and a sound that just oozes unholiness and Satan, it’s an important part of the Austrians’ legacy. Many fans would consider it to be the moment that Belphegor really hit their stride and found their signature sound. Twenty years later, it’s been re-released and remastered with a sound that’s bigger and better than ever. If you prefer your blackened death with a clearer and bigger sonic quality, then it’ll be worth your time, but those who gravitate more towards black metal when it’s raw and untempered may as well stop reading now. I lean towards the former, and love how it sounds in its updated form – it’s a great reminder to the world why the Belphegor name has the gravity that it does.

If you hadn’t heard the album in the last 20 years, or need a refresh, the album and title track opens with a tolling bell and the sound of rain. Usually a sign of a dark, evil classic to come – although it is literally the exact same sound effect that Black Sabbath opened their debut album with thirty years prior – Belphegor waste no time going into a face-contorting, chuggy death metal riff, complete with satisfying pinch harmonics, before the blastbeats start. Get used to them. The album starts and ends noticeably strongly – second track ‘Vomit Upon the Cross’ is a personal standout, with its diabolical melodies, and the penultimate ‘Cremation of Holiness’ is particularly memorable, too, with both directly next to the two stunning title tracks that sandwich the album. Every fan will have their favourites, but there’s no weak tracks, really, just demonic rager after rager – although they do mostly sound quite similar to each other.

The most novel aspect of this release is its completely re-recorded version of ‘Necrodaemon Terrorsathan’. The production ethic is a clear difference from the original – as well as the lower key that it’s recorded in – but proves more than ever that Belphegor have not lost a shred of intensity, ability or ferocity over the years. Helmuth’s vocals have evolved in two decades – as any vocalist would – but they’re still as effectual as before. The music video released in the run-up to this re-release includes a great cinematic performance from a goat – watch below.

As for the rest, the songs are simply clearer and bigger than before. There’s lots of details – especially on some of the mid to late tracks – that seem new, due to the way that the old master didn’t accentuate them before. I couldn’t possibly provide a final answer to the eternal black metal debate over production values, but the master here certainly floats my boat and I feel it really does the songs justice. The grit of the original is retained, but in a much more impactful way. It might seem silly, but if there’s so many great little details buried away, surely they need to be heard instead? No, it’s not a new album, but for certain Belphegor listeners, there’s enough here to keep them happy until their new release due next year.