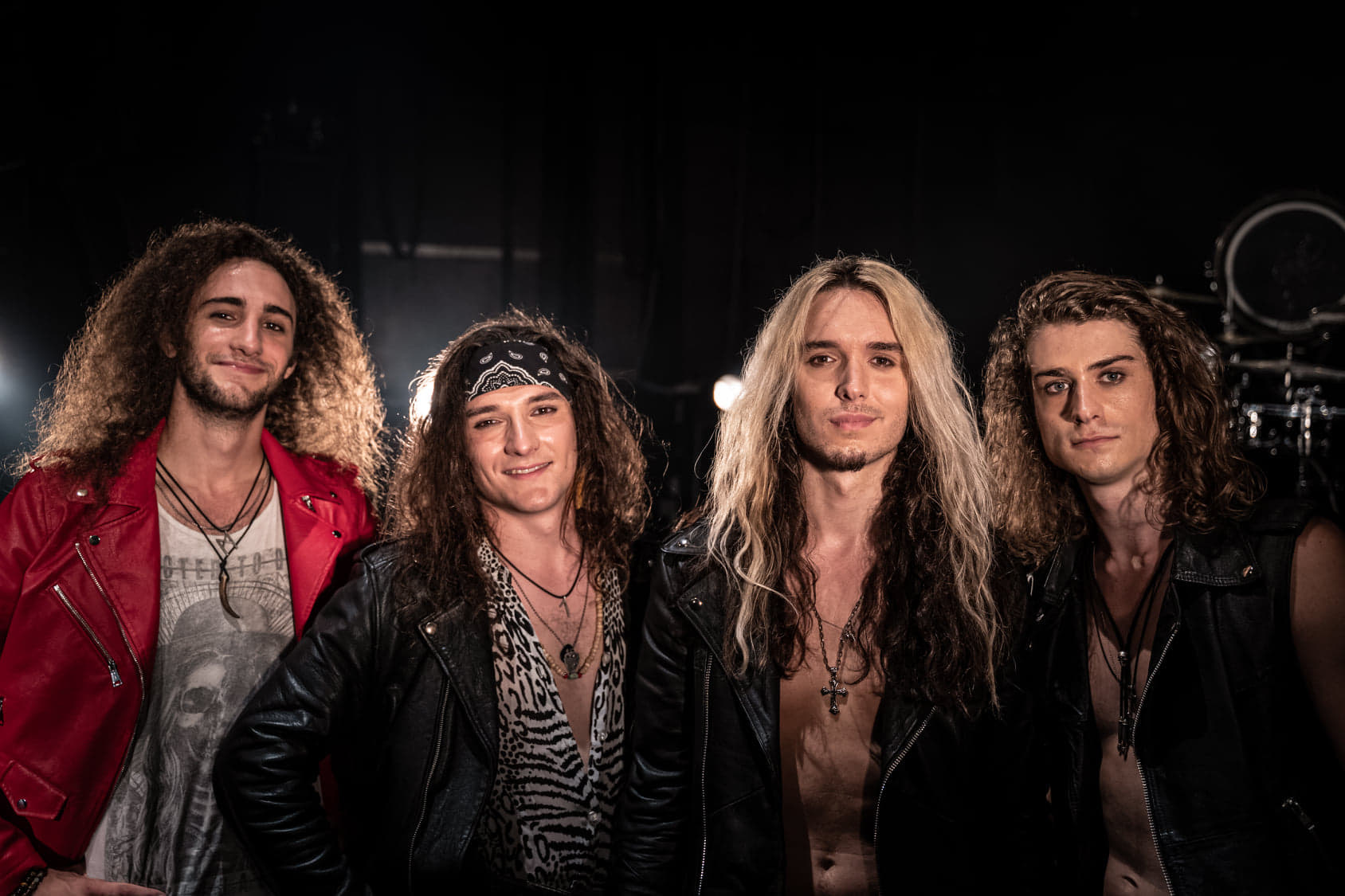 When a birthday boy invites you to his gig, it would be rude to refuse. So it was a up to Cannock on a Tuesday night, to see Mr Rob Reece and the Autumn Killers. The Welsh trio were supporting Harsh, a young band from France, who greeted me on arrival. I was soon chatting away to all of them, (my rusty conversation French didn’t last long though ! ), while the final checks were being made on stage.

THE AUTUMN KILLERS  – The album from last year ‘Darkside’ was played in its entirety tonight, all twelve tracks beginning with the enchanting ‘One Of 5’. The keyboards that stand on the side of the stage, are used by Duncan Richardson to introduce many of the songs before he takes up his guitar and for ‘Do You Want It’ the mulled drums of Graeme Hoy are a pleasant attribute. This tour is the first time the band have been on the road together and to promote the album, so it was disappointing to see only a few had got off their sofa’s to witness this event. Nevertheless, as they cavorted on with ‘Numbers’ and ‘Rise’ that involve more keys, Mr Reece encourages us to move forward and has us laughing with his marvellous sense of humour. With over twenty years treading the boards he knows how to keep an audience in tow. The more intense ‘Let It Out’ and chanting of ‘Mother Of The Monkeys’ precedes ’Steal My Sunlight’ which has dense and sombre tones. It’s an engrossing performance to be honest, full of complex yet beguiling themes. ’Stand Up’ has Rob uttering a cool chorus and his lower and spoken vocals have a richness, it might be that Welsh accent ! Keys are again in control for ‘On The Outside’ which offers a broader aspect to the works. ‘Social Animals’ tackles our desire to be in the limelight and Duncan is let loose on guitar later on. Last two are ‘Spin The Wheels’ and the album title track ‘Darkside’ which is a powerful message if ever there was one. An enjoyable show from an underrated band, listen to ‘Darkside’ and/or turn up at an Autumn Killers gig, they don’t disappoint.

HARSH  –  To be honest this is my first encounter with these four young Parisians, who would fill venues with 300/400 capacity back home. The UK leg of the ‘Out Of Control’ tour is a few dates in and despite the woeful turnout, they are excited at the prospect of playing here in Cannock. With around sixteen numbers on the set list, they get underway with the single ‘Make The Law’. The new album came out in March and naturally we are given around half a dozen from the record. The Glam and Classic Rock look reminds me of contemporaries, like ‘Collateral’ and ‘Vambo’, all the similar energy, vibe and charisma is there. ‘The Sound She Does’ reminds me of ‘Extreme’ I think it’s the rolling of that guitar hook and the back up of Julien Martin’s bass. Up to now the original songs have been amazing and Séverin Piozzoli has been outstanding on guitar, even more remarkably, as they play a cover of ‘Born To Be Wild’, the axeman switches with vocalist Albert Arnold to sing the ‘Steppenwolf’ classic perfectly. The pair interact again with a fighting dual on their six stringers later, which is superb and ‘Believe Me I’m Alive’ also off the new album, is a ballad of harmonies and interlinking melody that is truly captivating. Another single ’Tease Me’ is a thudding number, pounding drums and quick-fire fret racing is enhanced with Albert’s screaming vocals, definitely a stunner. More rapid guitar for the last one ‘Good Lovin’ when all is thrown in for a crescendo of magnificence. Screaming guitars, good on the eye and having a high level of energy, HARSH will hopefully return to the UK and now the groundwork has been laid, they should attract bigger audiences next time. I hope they obtain a few festival slots here in 2023, they’re certainly worthy contenders.

I left the Station buzzing from what I had seen, two bands of exceptional talent, who played their hearts out. Thank you Rob Reece for what was a lovely evening. Please visit the bands social pages below for more info.