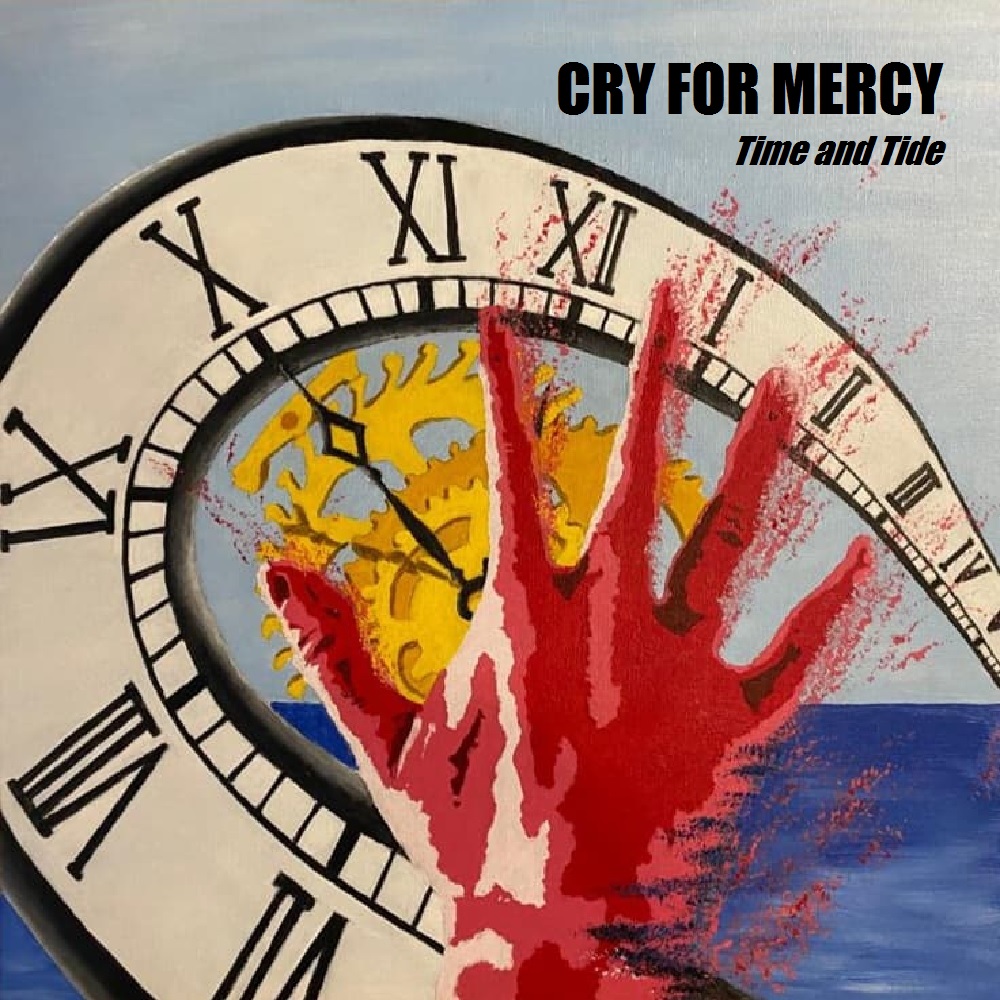 A band that came to my notice, when they were finalists in the last HRH Highway To Hell competition. Cry For Mercy stood out for me, particularly due to Kev Plants similarity to ‘Paul Rodgers’. The three men from the Welsh Marches, have been playing in bands together for a few years now and the tight kinship is instantly apparent. This sophomore album consists of ten tracks, that the band describe as having a sharper edge than their debut ‘Resist’. It’s still British Blues/Rock, a genre that these guys fit into so finely, so with the release date fast approaching, it’s time to share my thoughts.

‘Sons & Daughters’ brought the band a lot of attention when it dropped as a single recently. The song has mighty vocals and a hooky chorus, making it a favourite with many radio presenters. Many of the tracks on Time And Tide have been written to reflect subjects close to the heart, from climate change, exploitation of bands to misogyny and ‘Don’t Let Me Down’ deals with some harsh truths. It’s another with a riveting flow and the drums of Dan Smith sound especially crisp, then a pelt of guitar slinging by Andy Cutty comes in to finish it off. The steadiness of ‘Drowning In The Light’ holds more refined guitar and ‘I’d Change Nothing’ is a stomp, with a hint of Southern Rock. ‘Sooner Or Later’ is when you hear Kev in all his glory, a man with wonderful singing capability and masterly prowess.

I’ve been playing the album all day and one that sticks is ‘Maybe Man’. This acoustic number is ripped raw and sung with scratchy and earthy tones. The next track ‘Same Old Scene’ sees an increase in the blues compartment and again the vocals are foremost, before the twanging kicks in and some lush backing vocals add atmosphere. ‘Survival’ is a rising composition, full of elevating spirit and ‘Moneys Gone’ certainly tells it as it is, regarding rip off merchants. The final piece ‘Down To The Wire’ is when all hell breaks loose, filled with a revolving tempo and a deeper melody, there’s no let up, you really have to hear that crunching solo by Andy, it’s pretty awesome.

No frills, nothing overworked, simply three guys playing some excellent Blues/Rock. You can leave this album on repeat and never tire of it. They say Time and Tide wait for no man, however, Cry For Mercy are waiting for you to discover their music and this gem of a record is a damn good introduction.

Highlights  –  Sons & Daughters , Maybe Man , Down To The Wire

The band work hard playing as many live shows as they can, keep an eye on the tour page for the up to date schedule…they hope to see you out on the road.

Time And Tide was recorded at  – Unit 26 Studios in Salford, Manchester