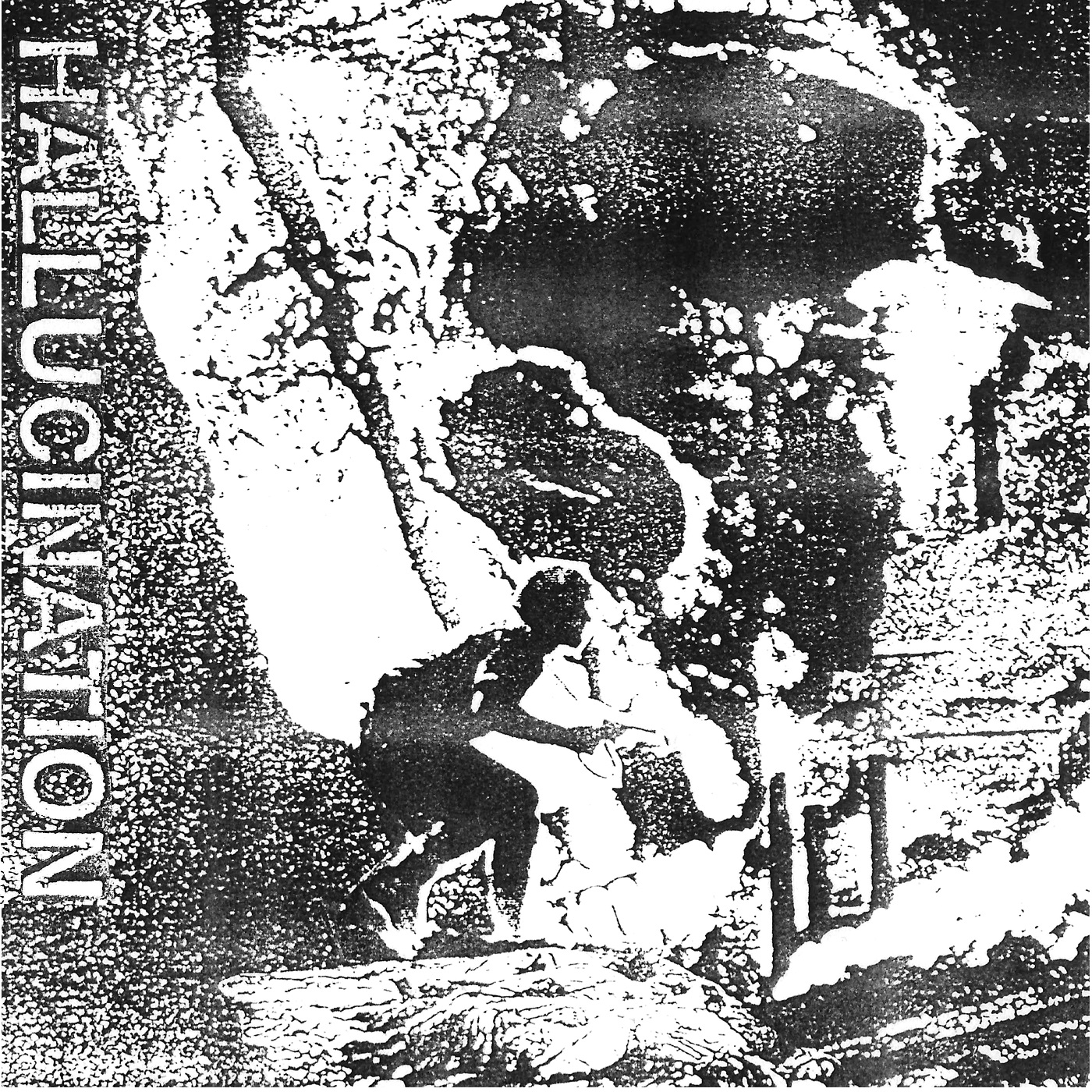 The more extreme and aggressive ends of heavy music tend to benefit from having incredibly short run times. Slayer’s Reign In Blood is ten tracks in under half an hour, Scum by Napalm Death is twenty-eight songs in thirty-three minutes. With their self-titled debut demo Hallucination are looking to follow in these hallowed footsteps.

If we disregard the intro track, which is as superfluous to this record as most intro tracks are, we end up with a breezy sub eight-minute run time over four tracks. The musical approach across this whirlwind introduction to Hallucination is very much in the crusty, noisy end of punk, while never quite getting downright extreme enough to border on grindcore.

While a lot of bands of this ilk use the brevity of their tracks to mask a lack of musical ideas, Hallucination bring plenty of variance to their tracks, whether it’s slowing the pace halfway into Hallucinations before slamming back in at full speed and the start of following track, Combat Conditions. This track itself brings a little flair of a guitar solo before pulling the chaotic speed and instrumentation to allow the chant of “They’ve… Started… Started A War” to hit with greater impact.

Closing track Ride Off In The Sun is the longest on the release, reaching nearly three and a half minutes. This allows Hallucination to play with more structural variation. Colour is brought to the song by lifting the core riff of the song into a higher register towards the middle of the track, giving it a wailing tone rarely found elsewhere on the release. The ending here too is the only time a song feels properly resolved, rather than running headlong into the next- which does provide a sense of urgency and franticness really needed to be addressed on the final track.

My final note on this album would be that, as may be expected of this genre, the production is very lo-fi. It often comes across as a wall of mid frequency noise and a fuller production job would likely have brought more weight and impact here. It is possible to overlook this however as this demo was originally was self-released, so limitations in production can be potentially overlooked as due to budgetary restrictions.

It is becoming cliché to say that a band’s debut recording shows potential, but that really is the case here. If Hallucination can continue to hone their craft, I have no doubt that they could be a landmark band for fans of the genre. Watch this space.