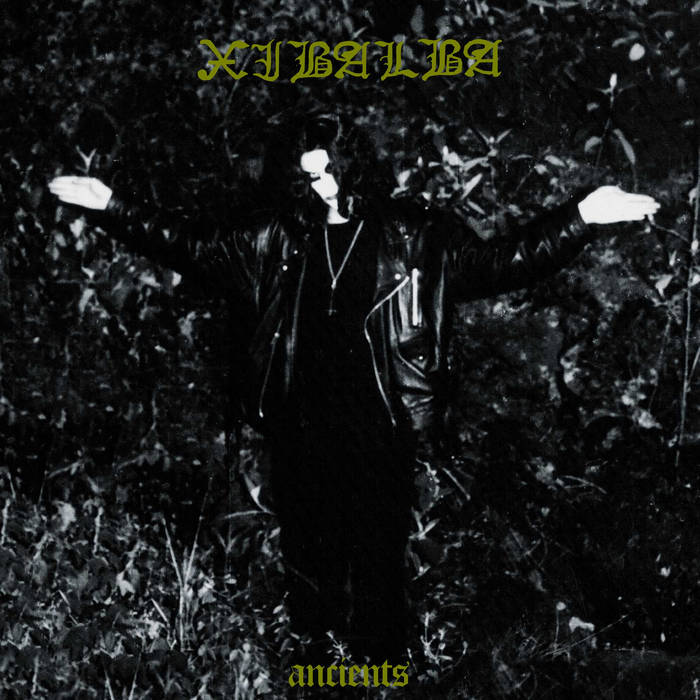 Forming in 1994 around the height of the Norwegian black metal scene, Xibalba have released only two full-lengths since their inception. Dipping in and out of activity, the band have released a bunch smaller media such as a split, some demos and an EP with most of their bigger releases coming after 2015 it looks like Xibalba are here to stick around this time.

Xibalba evokes a lot of similarities to some of the classic acts such as Bathory, Hellhammer and Darkthrone although they do slip in and out of a sort of black ‘n’ roll style much akin to Midnight. ‘Ancients’ comprises two demos stuck together in one glorious black metal package, we have ‘In Lucesitae Tristis Hiei’ (1992) and ‘The Crown of Plumes’ (1994). This record is sure to please a lot of old school black metal fans as it fits right at home with some of the classic albums and sounds of that early 90’s period. With that being said however, the production isn’t what one might expect, it is much cleaner and crisper compared to some of the heavily distorted contemporaries. Production like this has allowed Xibalba to capture a more melodic edge to their brand of black metal and it prevents the record from being a distorted assault on the ear drums which some acts can fall victim to.

Standout track here is opener ‘Furor Antiquus’, it is absolutely jam packed with memorable and powerful riffs with a solid structure and progression to round it off. We also encounter one of Xibalba’s more differentiating features with the inclusion of some tribal drum rhythms and an occult-like monologue that brings alive Xibalba’s primitive atmosphere. These Mayan influenced details set Xibalba apart from their Norwegian counterparts and can be seen sprinkled throughout their work to give them their own distinct flavour and character.

Third track ‘Tectum Finatum’ is a bit of an outcast here being over the eleven minute mark, as well as some traditional black metal we are also met with some doom sections that stomp on while whirling guitars pierce the murky rhythm section like a biting wind. These shifts in tempo help to keep things fresh in what would’ve been quite a slog if it was eleven minutes of one particular style.

By the time we reach the second demo ‘The Crown of Plumes’, all the tracks take a dip in length and jump up in speed, not too dissimilar to a blackened thrash style. Opening track ‘The Crown of Plumes’ has a sporadic rhythm throughout and a catchy hook of a riff that gets the head banging, much like some early Bathory. ‘Itzam Na Send A Storm’ begins with another blending of tribal rhythms and occult chanting and then straight into a black thrash attack until the end; a short but lethal dose of black metal.

Xibalba’s ‘Ancients’ re-lives some of Mexico’s best black metal offerings and will hopefully open the door for a new generation to discover them and others alike. We of course have nothing groundbreaking or new here, but it is a firm reminder of how diverse and global the genre of black metal can be. In Mayan mythology, “Xibalba” roughly translates to “place of fear’ and is the name of the underworld which happens to be ruled by Mayan death gods – a fitting name then, it seems!