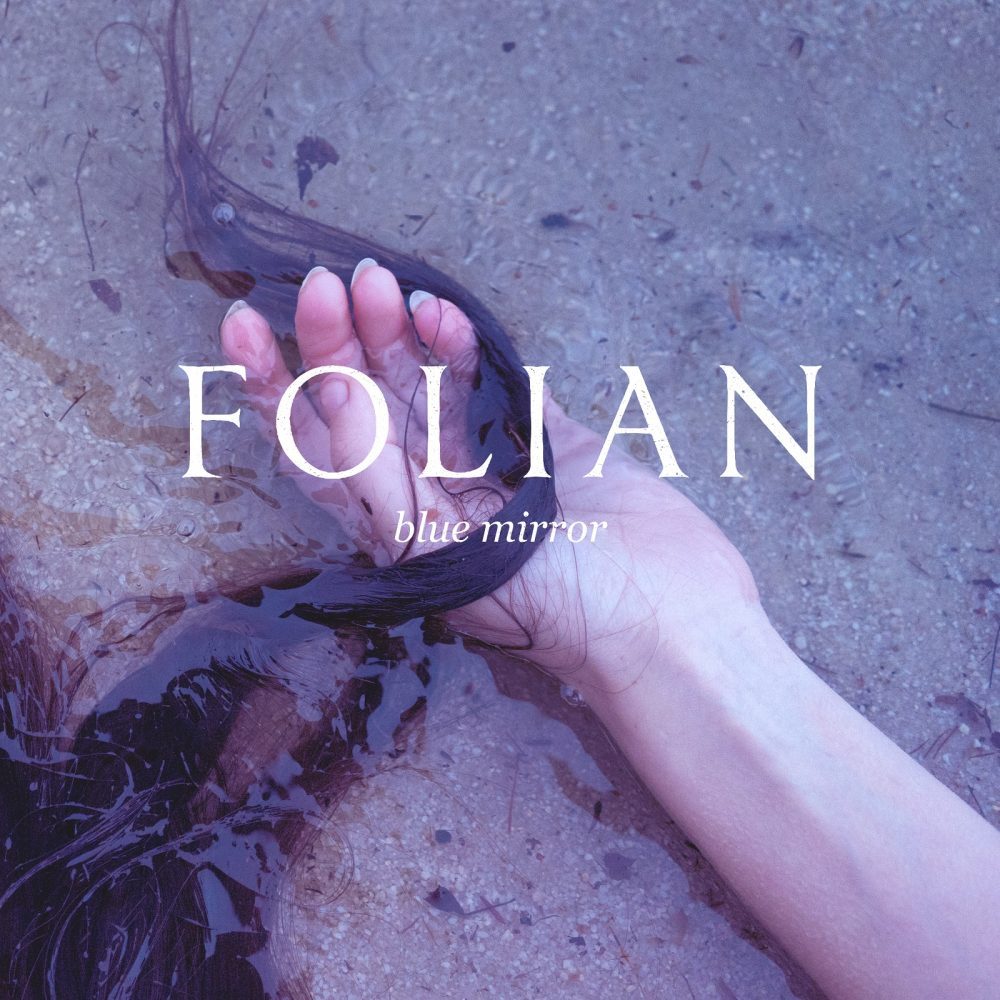 Combining and merging different music styles and genres is not an easy task. It’s almost like cooking, you add a bit too much salt and you end up with inedible dish. In the case of music, you add too many experimental touches and you hurt listeners ears. Luckily, there are some great musicians who are able to achieve the best results possible with their musical experiments. One of them is Folian.

Folian started in 2017 as a musical project of David Stephen Fylstra. He contributed to many other heavy and experimental bands like Ramprasad, Flood Peak, KVØID and Bible Black Tyrant just to name a few. After releasing a dark ambient mix with drone and noise maxi-singles titled Loom in January 2017, Things Go Away in March 2017 and Unsound Thing in January 2018, came the right time for his first EP titled Ache Pillars issued in March 2019. Its continuation is Blue Mirror announced to be released in January 2020. Between his EP and LP he collaborated with Entresol to create a record titled The Archangel of Huntridge in December 2019 and with Shifting Harbor which resulted in a split album Temenos released in January 2020.

Blue Mirror is a well-thought-out and deep exposition going over sonic richness, compromising nine tracks being a great blend of post-metal, noise, shoegaze and drone with subtle ambient touches. The album opens with This is the Place, gently introducing an intimate world created by Folian. Right after, smooth and vibrant guitar riffs and melancholic, yet oddly comforting vocals begin Go Alone, one of the highlights of Blue Mirror. Away is an interesting drone interlude flowing freely. This idea is continued in the next track, I am You, developing it further and adding elements of noise and heaviness that create an alienated and peculiar feel. Futher-Give starts with some soft and gentle floating riffs, slowly meeting bitter-sweet vocals, slowly fading away to a droning halt. Unwanted, which promoted the album, with its enchanting and warm voice contrasting with poignant sounds and progressive droning, transfers a listener into an unknown realm of solitude in a calm and smooth way. Giving in is just too easy as Unwanted makes you totally vulnerable. Once you enter this world, there’s no escape. This theme is continued in No Wake with a nostalgic vocal approach, that seems to come from a different realm, combined with mild and gently cutting sounds. Erasure, the longest track from Blue Mirror, is also a penultimate step in this lonely journey into the depths of one’s mind and soul. A feeling of slowly drowning and drifting away is well escalated with incremental tension created by muffled and vibrating sounding, eventually coming to a point of culmination, a kind of catharsis, where vocals emerge from behind and penetrate painfully. Tomorrow ends Erasure and the whole album itself. Usually, after a moment of rough purification comes a calm feeling of peace that I didn’t experience and I believe it was well intended. I was left with a ripped heart, hoping for a happy ending that never came. Tomorrow presents an anxious state of mind that makes you wonder if tomorrow will ever come.

I am very impressed with Folian’s Blue Mirror. It was not only an indulgent treat but also an interesting experience of music styles blends. This album makes a wonderful soundtrack for a lonely journey into a sublime world of solitude and despair trying to find your true self. Folian, like hardly anyone, can merge vocal tenderness with vibrant droning, heavy post-metal and shoegaze alienation. I can recommend this lovely album to anyone looking for a moment of meditation and wistfulness. What you we’ll see in the reflection of Blue Mirror may really surprise you…

Blue Mirror is available from 31st January 2020 via Anima Recordings and can be purchased here.