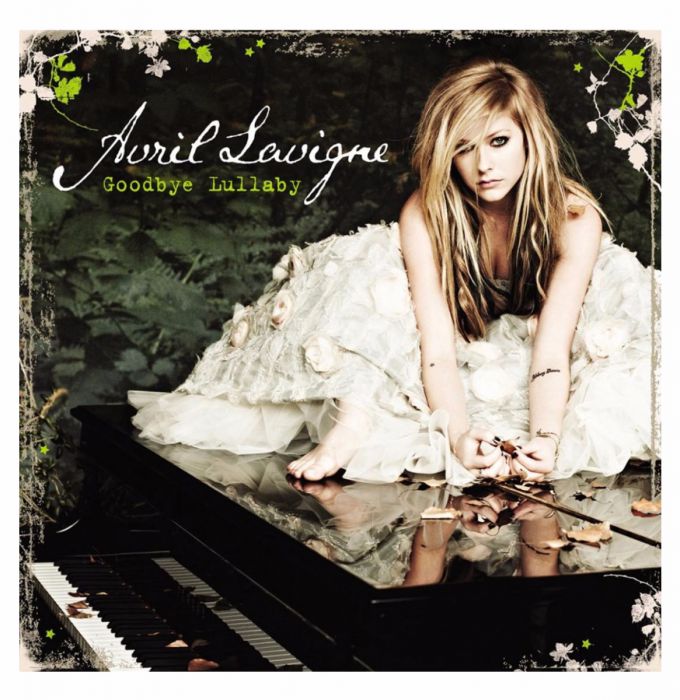 Converge’s landmark album, Jane Doe, is the best break up album of all time. A hurricane of anguished, chaotic, metallic hardcore clearly influenced by frontman Jacob Bannon’s recent messy break up is undeniably brilliant. So why am I opening an Avril Lavigne review by talking about an album that couldn’t be further removed from her typical output? Not just because I love Converge, but because Goodbye Lullaby was released after Lavigne divorced Deryck Whibley. The contrast between the channelling of emotional turmoil into one of the greatest artistic statements of all time and channelling it into this relatively bland album is fascinating.

Opening on Black Star, a fittingly Lullaby-esque piano lead song, is a strong start before swinging into an album highlight What The Hell. This track is mid-tempo pop song in a typically Lavigne manner, simply constructed with very little in unnecessary complexity. However, it does lack the most important part of any poppy, radio friendly song. A solid hook. Combining this with the lack of character in the delivery makes this a wholly underwhelming track. Remember when I said this was an album highlight? After getting through What The Hell we enter the quagmire of endless, interchangeable, acoustic ballads. Where in the past I’ve praised Lavigne’s ability to pull off incredible ballads. Here each and every one feels substance-less. Given the criticisms of Lavigne’s previous albums, it maybe the case that- combined with the emotional content- this was an attempt to “mature” her musical career. It just lacks any of the fun, lively character that made Lavigne’s music enjoyable. Given that Lavigne continues to state that the relationship between herself and Whibley is amicable, it would be the perfect opportunity to turn some of the emotional content into lively, hopeful songs for the future. Combined with baffling decisions like the absurdly loud piano pedal over the final chorus of Remember When, we just end up with a disappointing album that fails to communicate the weight of the emotion behind it.

Beyond the weak ballads, Smile is another highlight that brings some of the bratty personality that really shines through on this album. It does lack a solid hook for the chorus, but it is a shining beacon of hope before returning to the swamp of ballads. The real best track on the album only appears on the expanded edition, and as such I wouldn’t normally mention it, but Lavigne’s cover of Joan Jett’s Bad Reputation is incredible and has much more energy and excitement than anything on the album proper. Ultimately though these two tracks can’t save Goodbye Lullaby from being fifty-two minutes of dull ballads, without much emotional or musical variety.

Comparing Converge to Avril Lavigne is of course slightly unfair of me, but it does provide an excellent framing device. But even without this comparison Goodbye Lullaby doesn’t stand on its own merits. Hopefully Lavigne’s future output will be slightly more varied than this. Otherwise I’m not going to have much fun with the rest of this retrospective.

Avril Lavigne tours the UK in April. Tickets can be purchased here.