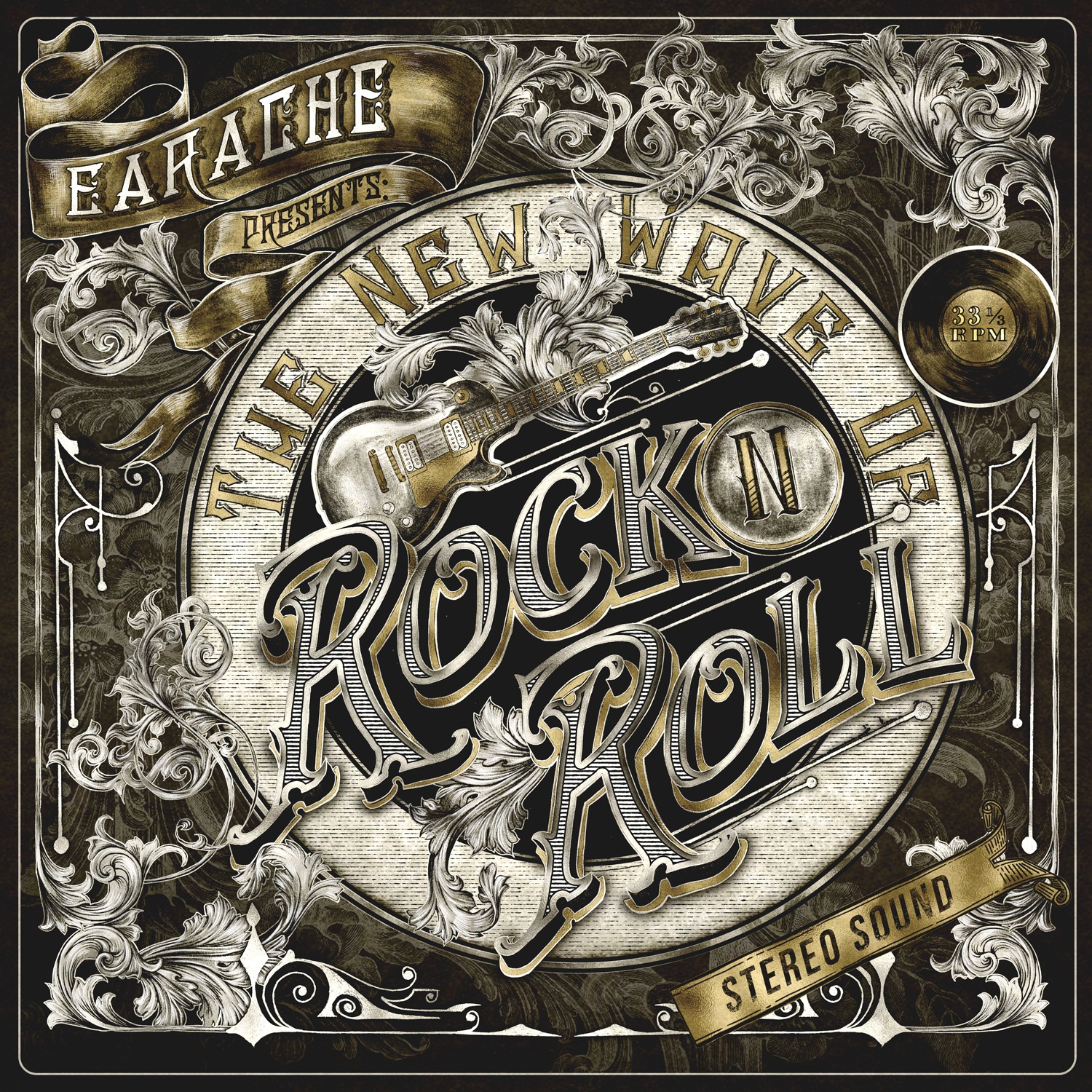 Earache Records presents some of the finest talent of today’s rock scene in a 15-track album ‘Earache Presents: The New Wave Of Rock N Roll’ out now on all platforms. The independent record label, music publisher and management company founded by Digby Pearson, based in Nottingham, continues to work with a diverse and most importantly impressive collection of artists both UK and further afield.

From the opening track by Hannah Wicklund & The Steppin Stones, the bluesy and fierce ‘Bomb Through The Breeze’, this album sets the tone of what to expect and one of quality. The effortless vocals of Wicklund are beautiful.

‘We Are The Lost’ by Tomorrow Is Lost is already a favourite of mine, a dual attack of fuzzy and chugging guitars and a fast, catchy beat with melodic vocals. I love this band.

Loz Campbell’s ‘Biting The Bullet’ has a pervading groove and the twang of the guitar produces a simple yet addictive riff with angelic sounding vocals and an earworm chorus, a style which is demonstrated further by Elles Bailey. Southern rock infused ‘Medicine Man’ is ballsy rootsy blues rock with soulful, earthy vocals and a rousing chorus. Continuing the line of powerhouse female vocalists, Verity White’s vocals in ‘Inside Your Love’ reach into your soul as the track rises and falls.

Matt Mitchell & The Coldhearts’ ‘Black Diamonds’ has a strong guitar-led intro and a deep and sultry vocal that leaves me quite breathless. The bluesy style and screaming guitar makes me want more, and the repetitive riff of ‘Justified’ by Jack J Hutchinson invades my cerebral cortex. The Dust Coda have a delightfully sleazy swagger in bass-fuelled ‘Rock n Roll’ from 2017.

For pure unadulterated rock n roll, no excuses and no apologies, Piston always deliver. The vocals on ‘One Day’ are more-ish and the band is tight as a rock star’s jeans, with powerful drums, a reverberating bass and lush guitar work.

I’ve adored Dead Man’s Whiskey since I first saw them a few years ago in what was I think their first gig. ‘Last Train’ is a great addition to this compilation, from a young band I expect to go far. Deep vocals and one of the best young guitarists around belie their youth, heartfelt lyrics and a screaming guitar solo to die for.

I discovered Revival Black last year and they have made a huge impact on me in this time. Huge riffs and hooks that pull you in, with intense and earthy vocals, ‘Wide Awake’ delivers first rate classic rock with a touch of blues. Similarly, I adore Gorilla Riot, ‘Bad Son’ adding a masterful stroke of southern badass with honey-coated lyrics and killer musicians.

Samarkind’s ‘Black Rain’ opens with atmospheric drums pounding and humming, joined by a killer riffs, in a track that speeds up at 2 minutes into a hillbilly country rock style, all the while with a deep, husky vocal warming your heart through.

Skam’s ‘Take It Or Leave It’ from 2017 is a bass heavy hard rock gem, gritty and hugely enjoyable with an impressive guitar solo. And Maker closes the compilation with ‘Dead Ends And Avenues’ – a deliciously retro 70s rock vibe with a distinct southern flair that encourages dancing (whether you can dance or not). Character pours from the vocals and there is a great synergy between lyrics and music.

This could be the start of a ‘Who’s Who’ of who to look out for in the industry right now. The album is a great mix of up and coming artists, all with a southern or bluesy air about them, all deserving of a bigger stage. It may make you notice someone new, while it’s a great soundtrack to daily chores or working from home.