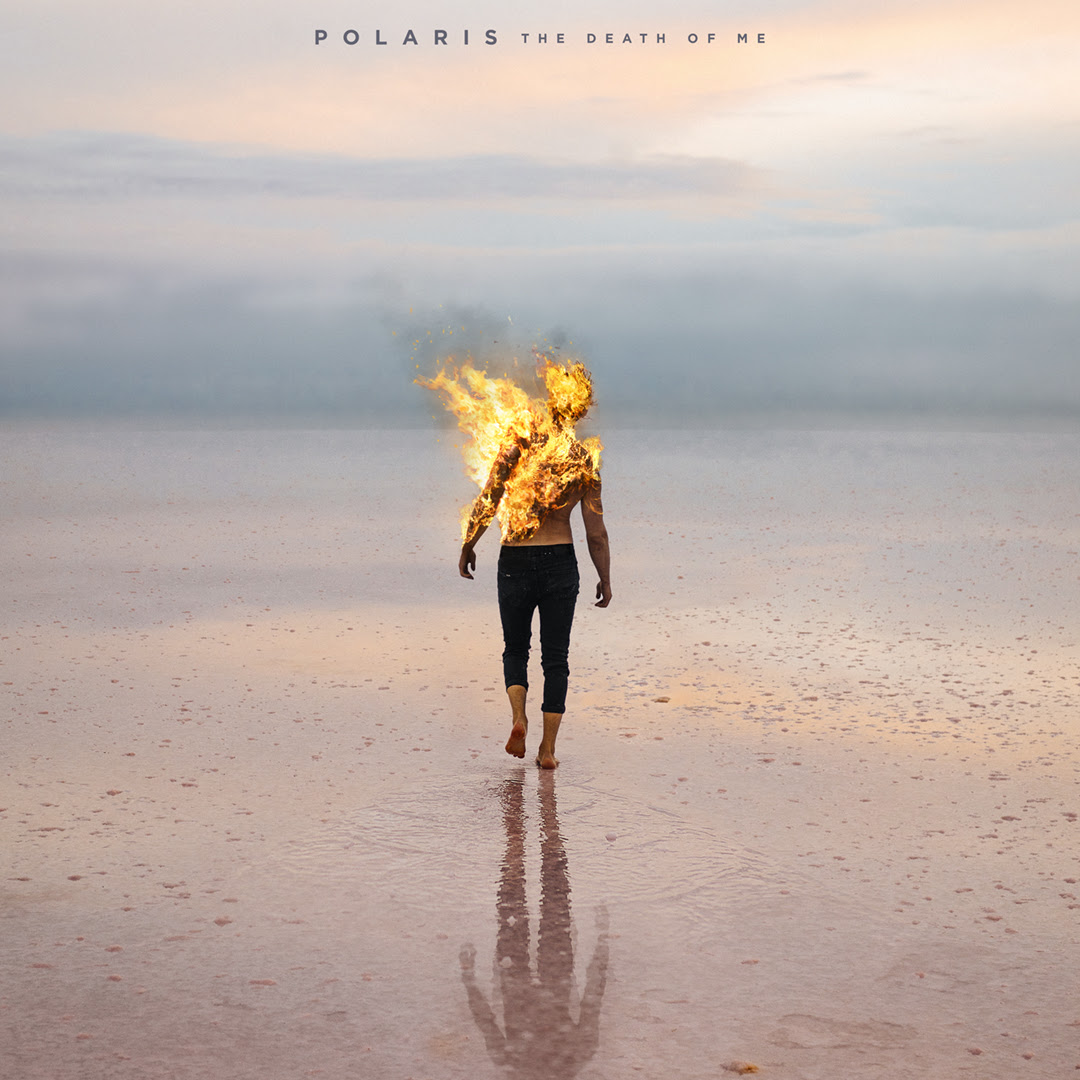 Australian metalcore band Polaris released their new album “The Death of Me” in February, and it has already made quite the stir. I discovered these guys when they opened for Architects back in January 2019, and after the first song I already wanted to look them up. An impressive live performance lead to discovering “The Mortal Coil” record, and looking into a few of their music videos. The release of this album, plus the announcement of their upcoming tour, was something I definitely wanted to get involved with.

First off, I love the album cover. It’s one of those “simple yet effective” pieces which catch your eye, and have a deeper meaning behind the artwork. It’s clean cut and a great quality picture. Tick!
Moving swiftly onto the music; listening to “Pray For Rain”, the first track on the album, I get some Architects and Bury Tomorrow vibes straight off the bat. It’s a good first choice to set the scene for the rest of the record too. I’m reminded of “Hollow Crown” days, and it’s the kind of music to get you pumped up. It’ll do well as a live track for sure.
Track two, “Hypermania” has a bit of a different sound, but it still serves those mean gritty vocals which make you want to jump around and get into a pit. It’s a much more fast-paced and in-your-face song, which you would fully expect from Polaris. It is definitely one of the heaviest tracks on this album.
“Masochist” is something different altogether. It blends a pop-punk sound into the metalcore to make something, altogether, quite impressive. I really enjoyed the transition between each of the tracks because each one sounded so different from the last, without making you want to cower away from something chaotic. Polaris seem to have really nailed diversity on this album, but in a way that doesn’t make you wonder what they’re about – or what they’re doing.

The album gets to “Martyr (Waves)” and you’re hit with a completely different angle again. It’s the album’s soft song, but that doesn’t make it any less awesome. The lyrics are strong, and it’s incredibly powerful. If anything, it is a demonstration of what this band can do outside of their “norm”. It has become one of my favourite songs from the album, and is nothing short of a ballad for these guys. The next track, “All Of This Is Fleeting”, makes a nice transition from “Martyr (Waves)” because it keeps with the lighter tone initially, and then picks you back up into the sweet embrace of metalcore by 00:47.

All in all, the album is fantastic. It’s certainly worth a listen for any metalcore fan, they’ve really hit the nail on the head with each track – making the album quite varied. If you’re already into Polaris then you won’t be disappointed, and if you’re not they are definitely worth a bit of your time. I’m very much looking forward to seeing them live on their next tour.