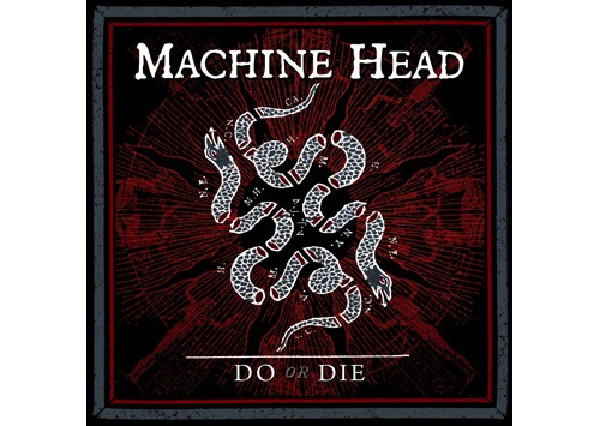 Machine Head’s ninth studio album Catharsis was released in January of last year to somewhat negative reception from critics, fans, and even some of the band; long-term members Phil Demmel and Dave McClain announced their departure later that year. Catharsis drew upon nu-metal influences that had been largely absent since 2001’s Supercharger, with overtly political lyrics in songs such as Volatile and Bastards that explicitly stated vocalist, guitarist and lyricist Robb Flynn’s own political leanings barely a year after one of the most divisive presidential elections in recent American memory. You only have to briefly scan the comment sections on social media posts for these songs to see how older fans were alienated by Flynn’s lyrical approach.

Eighteen months on, Flynn directly addresses these ‘haters’ and their disapproval of Catharsis with a pissed off, snarling burst of fury in Do or Die.

Do or Die sees Machine Head return to a thrashier style resonant of fan-favourite albums The Blackening and Unto the Locust. The bludgeoning verse riff has shades of Imperium and Clenching the Fists of Dissent, from the band’s mid-2000s glory days. Older Machine Head fans still in mourning of the band’s thrashier era will certainly enjoy the bridge in the song’s mid-section, with an ascending diminished lick that brings Decapitated to mind (although the song’s recording predates Vogg, who made his initial fame in Decapitated, joining the band). The song builds into an inspired neoclassical twin guitar solo, reminiscent of the leads in classic MH rager Halo, or even Matt Heafy’s guitar solo in Trivium’s The Sin and the Sentence.

Halo and The Sin and the Sentence are considered by many fans to be the pinnacle of each respective band’s relative comeback after a weaker run of albums, with well-written, articulate lyrics about the ills of religion. It is for this reason that Do or Die shows a band whose comeback, if it exists, is still in progress.

Do or Die’s lyric sheet reads like a diss track in a rap battle. This is not inherently a bad thing; trying out new styles and approaches is one way for a band to keep things fresh 25 years into a successful career. The issue is the delivery and articulation. Angry thrash metal songs don’t have to be – and probably shouldn’t always be – fine works of poetry or nuanced social commentary. Metallica’s Kill ‘Em All is a prime example. Flynn’s lyrics simply seem out of place in Do or Die. In comparison to Machine Head albums from a decade ago, it appears Flynn’s lyrical abilities have depreciated and dematured. Claiming ‘there’s not a metal band I ain’t influenced’ comes across as arrogant, and that ‘I don’t give a fuck about your stupid little scene, reaction videos and all your pussy little memes’ suggests the opposite. The repeated line of ‘die motherfucker die’ in the chorus is, shall we say, not Robb’s most original lyric. Could the real Flynn Shady, indeed, please stand up?

For fans of Machine Head’s most popular work, Do or Die musically has a solid degree of re-listen-ability that the band has lacked for the last five or so years. However, similarly to the polarising Five Finger Death Punch, Flynn’s machoistic, expletive-driven lyrics are difficult to tune out to. The lyrics let this song down, but Do or Die isn’t exactly bad. The instrumental work is more technical than anything the band has released since Unto the Locust, and guest drummer Carlos Cruz drops some impressive chops and fills into the track. Flynn and Jared MacEachern show off some of the most extreme string work in Machine Head’s career, and Flynn’s voice is on top form as ever, with impressively fast rhymed flow in each verse.

To conclude, there is much to celebrate about Do or Die. It proves that Machine Head are still prepared to thrash with a fire in their bellies, with an intensity not seen for a decade. The instrumental performances are as blistering as ever. Yet the lyrics, so prominent in the mix, are a career low point for Flynn. Regardless, this is a promising step in the right direction for many older Machine Head fans.

For fans of The Blackening and The Burning Red