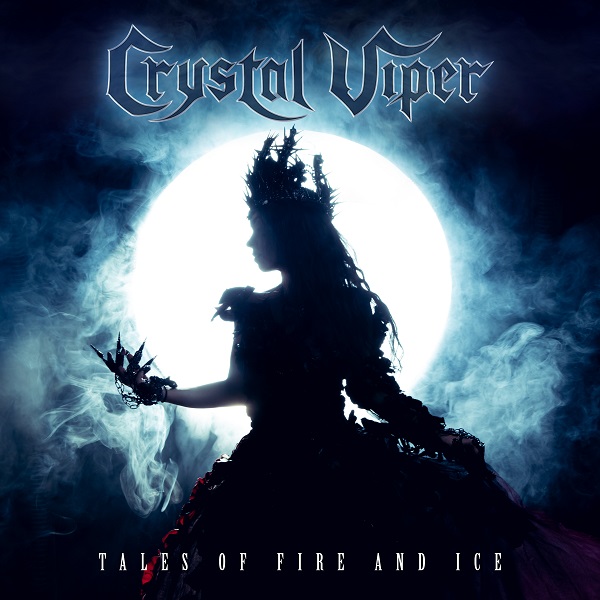 Poland has had a wealth of talented metal bands break through over the past few decades, and for my money, there’s been none better than Crystal Viper. Despite a weaker entry or two in their catalogue, they’ve always managed to serve up solid, no nonsense heavy metal at the very least, with some of their stronger efforts among the best the genre has had to offer in recent years. 2017’s Queen of the Witches marked a return to form following the patchy Possession in 2013, so the group are riding a wave of momentum going into Tales of Fire and Ice.

The first thing I noticed as “Still Alive” blared through my speakers was how easy it is on the ears. Crystal Viper have always been a bit of a tough nut to crack, with only glimpses of their more melodic tendencies showing through their steely façade. This coarse skin appears to have been shed on this album, with a greater focus on melody and catchiness. There’s a lack of bite to the guitar tone, and although it still does the job well enough, it is noticeably weaker than previous efforts. There are several occasions where the guitars are scaled back to share equal billing with the keyboards – again, I cannot recall any of their other albums integrating additional instrumentation as prominently as this. Even Marta’s vocals have softened a touch to make them more amenable to the brighter musical backdrop, although she does still bare her fangs and roar when the occasion calls.

Whilst this is Crystal Viper’s most accessible album to date, I don’t think they have sacrificed their integrity in order to make the music more palatable. At its core, this is still the band that we know and love, it’s just more crystal than viper this time round; glossy, robust, but lacking venom. They’ve always been a heavy metal group that have dipped their toes in the power metal pool, and with Tales of Fire and Ice, they’re now knee deep. It’s a very natural development, and they sound completely at ease as they explore a more commercial avenue of their chosen genre.

The aforementioned “Still Alive” drives along steadily with simple riffs and a catchy chorus, but it comes across as a little lacklustre. “Crystal Sphere” is much the same, and although the vocal hooks are huge, I can’t help but think how much more impact they’d have if they were delivered with the aggression of bygone years. It’s symptomatic of the album’s biggest flaw – too many of these songs are tightly shackled when they’re screaming to break free and run wild. You only have to listen to the somewhat anaemic take on Dokken’s beloved “Dream Warriors” – competent but lacking the bombast of the original. There’s a lot of perfectly fine songs, but not many that really jump out and grab you.

Of the handful of tracks that do stand out, two are of the ‘old school’ variety. “One Question” absolutely rips, tearing through the sort of speed metal template that Crystal Viper have successfully used for much of their career. “Tomorrow Never Comes (Dyaltov Pass)” is a touch less intense but just as good, whilst “Neverending Fire” is the only time when the key-heavy, mid-paced anthem approach really hits the target. I will stress again that the other songs aren’t bad by any means, but they’re missing the spark that this trio has..

Tales of Fire and Ice is a respectable record, and one most Crystal Viper fans – and fans of heavy metal in general – should enjoy. It’s a record that should appeal to a slightly broader audience than before, but in doing so, they’ve dulled their edge somewhat. It’s an album worthy of your time, but don’t be surprised if it eventually sees lengthy stints on your shelf in favour of something better.

Tales of Fire and Ice is available from November 22nd via AFM Records, and can be purchased here.