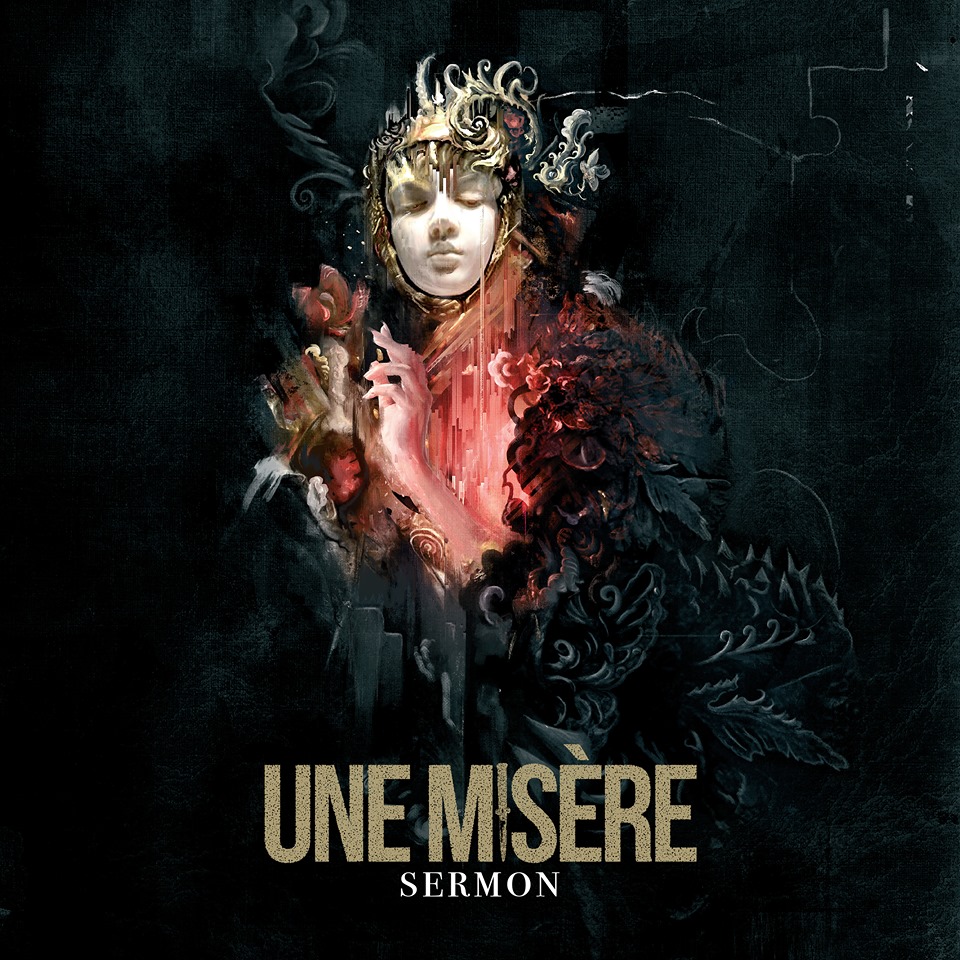 Having already played Wacken Open Air Festival, and Icelands Eistnaflug festival, it comes as a
surprise to me that Une Misère had not had an album released sooner. Aside from 3 singles over the
last few years, and an EP of 3 songs and 4 (honestly not too great) remixes in 2017, Une Misère have
kept fairly quiet on the album front.
That is, up until now. 3 years later, the Icelandic hardcore band, have finally released an album by
the name of Sermon. A brutal and raw expression of the groups own struggles with addiction and
tragedy, and inspired by Icelands “darkest and most bleak aspects”.

The album opens up with Sin and Guilt, a song, that within the first few seconds, takes the listener to
a dark and unfriendly soundscape. A slow and weighty introduction. However, this does not last, as
roughly 40 seconds in we are given a taste of Une Misères hardcore roots in the form of crushing
riffs. Bringing us to the brutal and unforgiving sound that the group have gained notoriety for in their
home country.
What I feel is worth mentioning at this point, is that Une Misère appear to be greatly appreciative of
Slipknot, with their song Sermon bearing quite a noticeable similarity to Slipknots Psychosocial.
While this song does eventually move away from it and become a much heavier and darker song in
its own right, it does feel as though its primary appeal is very much drawn from one of the most
iconic metal songs of this generation. The slipknot similarities don’t stop at this song though, with
the opening intro to the sixth song on the album, “Beaten”, utilising a sample that could not sound
more like the intro to Slipknots “Eyeless”, if it tried. This however shouldn’t detract from the fact
that both songs are great in their own right.

Further into the album we’re introduced to some of Une Misère’s more toned back songs. With
“Burdened – Suffering” providing a contrasting mix of crunchy riffs and dark noodling, and “Fallen
Eyes” showcasing vocalist Jon Arsbjornsson’s ability to provide captivating clean vocals, listeners
really are given a glimpse into the ability of this band. A glimpse that unfortunately is very short
lived, as the band quickly returns to its insanely heavy safety net.
In the latter half of this album, we’re introduced to a slew of shorter songs, with “Grave” and
“Failures” providing succinct, hardcore beatdown moments before being followed by “Damages”, a
song mixing heavier, sludgy elements, with passages of aggressive blast beats, all layered with
brutal, raw vocals as Jon screams for help to carry the burden of living. A suitably heavy topic, for an
equally heavy song.
“Offering”, may be the most different track on this album, providing an almost choral, yet still bleak
interlude, devoid of any of the prior tracks aggression. An usual track that almost feels out of place
in its lead up to the penultimate track, “Spiral”, a fast paced 2 minute long, that although very similar
to other songs on the album does provide yet another satisfying breakdown towards the end.
This brings us to “Voiceless”, the final song on Sermon. This song manages to tear itself away from
the consistent brutality that the majority of tracks uphold, where about halfway through, vocals and
guitars are almost entirely stripped away, leaving just a slow clunky bassline and drum beat, before
giving one last heavy push to the end, as Arsbjornsson screams that “Your voice will be heard
through me”.

Now while this album does provide some great songs to listen to. As a whole, the 36 minutes that it
lasts for seem to last a hell of a lot longer. It remains pretty similar throughout from start to finish,
each song slightly different to the last, and enjoyable in their own right. However to listen to from
start to finish, it becomes a bit of a marathon. If by any chance, one of the tracks were to pop up
while my iPod were on shuffle, i would not turn it off. Although, that isn’t to say i would actively
endeavour or enjoy listening to them consecutively.
Finally for me, and possibly the most frustrating aspect of this album, is that Une Misère briefly
introduce exciting and refreshing cleans, and subsequently never utilise them again for the rest of
the album. A relatively noteworthy missed opportunity.

Sermon is available from now via Nuclear Blast Records and can be purchased here.