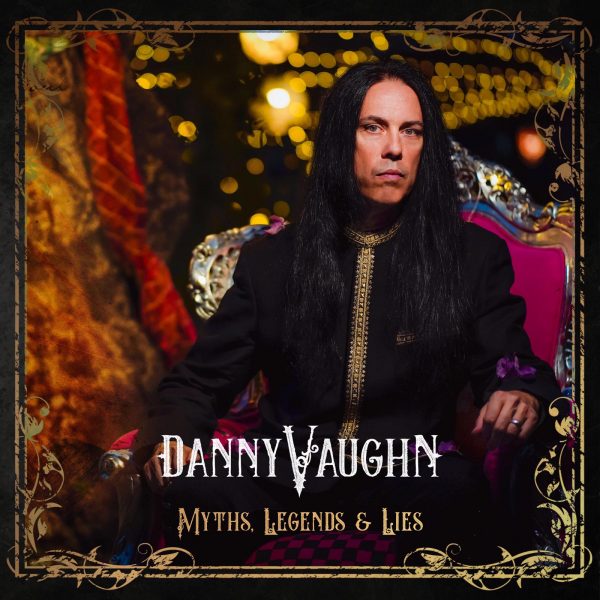 A lot of you will know that this album very nearly didn’t happen. Danny was sadly one of many artists who got caught up in the pledge music campaign controversy that has been revealed over the last few months. Which left a lot of artists without those vital funds to produce and record the music we all love. Fortunately Danny managed to battle on and record the album ‘Myths Legends and Lies’.

I don’t know if that frustration was the fuel on this album but it is certainly full of passion and energy. Danny has been quoted as saying that a number of songs on this record are ‘orphans’ from projects past. Well let me tell you this those ‘orphans’ have now had the time to grow strong and unite together on this truly great record.

The album opens up with ‘The Shadow of King John’ which is packed so full of so many celtic notes that you’d swear that Mr Phil Lynott had a hand in the writing. But make no mistake this is not an Irish folk song ! Though it is the first story told on this album

The folk notes continue on ‘Man or Machine’ , its a brooding acoustic track and the hand claps you can already see being replicated above the heads of fans when this songs is played live.

‘Black Crow’ is a song that really spoke to me a blues acoustic song that had a real darkness to it. It wouldn’t have been out of place on Chris Cornell’s Higher Truth album it had a very similar vibe about it for me.

‘Monkeys, with moneys and guns’. Is one of the best titles for a song I have ever heard. A bit more traditional for what you might expect from Danny Vaughn. The chorus is so infectious I was singing along before the first play had finished.

‘Time Out Of Mind’ is a great rock n roll ballad, simply one of the finest songs I think Danny has ever been involved in writing and producing. You could see the lighters in the air at an evening festival slot already. I would love to see Mr Vaughn at a future Ramblin Man Fair festival to showcase these songs live.

‘What you left behind’ is a beautiful acoustic number, some times the simplest songs in terms of a great songwriter and an acoustic guitar is when a song truly shines. This was the perfect closing song for the album. Letting Danny Vaughn’s amazing vocals and songwriting skills truly shine.

You really feel that Danny is baring all, and wearing his heart on his sleeve with this record. Whether that is because of the controversy with Pledge Campaign, or simply because Danny knows who he is and what he is really good at. That is up for debate.

What I do know however is these ‘orphans’ have definitely found their home.

Danny can be found here: