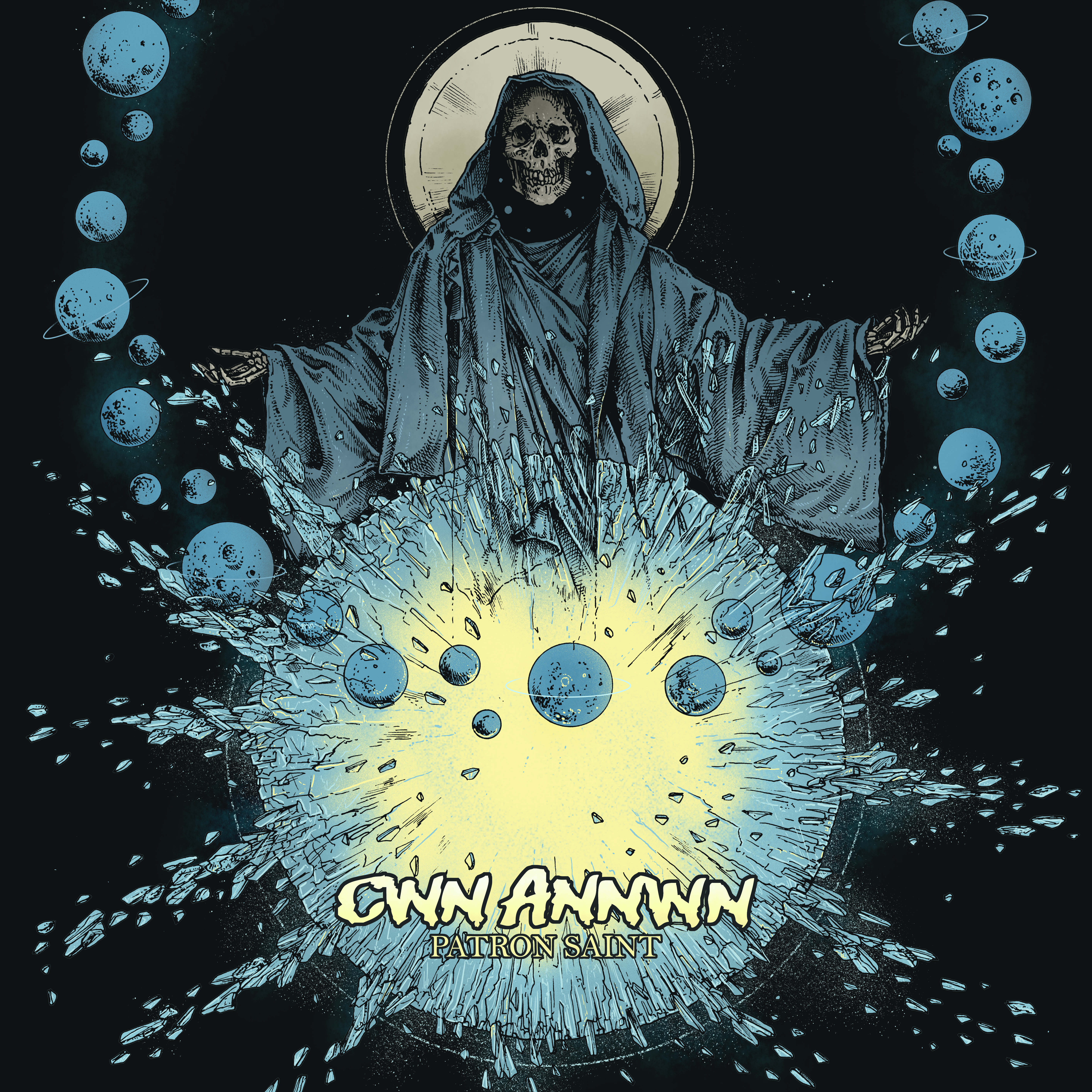 Cwn Annwn are a metal band from Minnesota, who released their new eight-track album Patron Saint on June 28th 2019. This album is based around tales of the deep and Conan the Barbarian. The band derive their influence from Iron Maiden and Carcass.

Track one, Patron Saint, heavily reminds me of Epica and Within Temptation, with a mix of clean female vocals and heavy male vocals. It’s a good song, but I don’t think it’s unique. When I first listen to the album, I’m not reminded of Iron Maiden – other than within the theme of the ocean.

God of Needles is a bit more of a unique track than the others, and I feel that the lead vocalist shows more power in her voice in the verses. Brita’s Vale is where this record gets interesting. It’s noticeably heavier than the previous songs, and the chorus is really melodic. The same vibes carry on into Course of Obliteration. Something which I think is missing from this album is more from the heavy vocalist. There are certain gaps which could be filled with that raw power, which would just finish off the songs nicely – and give some contrast.

Salient Ground mixes the album up with a slower track, but it works really well on the album. It still offers an intensity, and makes for easy listening.

The album ends with Ice From The Sun, which is completely different from any of the other songs on the record. It’s very dominated by the heavy male vocals, and you only hear the softer female vocals in the background during the chorus. As much a this is a great song, it just doesn’t fit on the album.

It’s obvious that the band are still trying to find their sound, and are experimenting with the two different vocalists. More leaning towards the clean female vocals, this band are certainly keeping the Epica-era alive. It would be nice to hear more heavy vocals in the tracks, but doing a one-off blow on the final song isn’t the way I’d go. The two genres are very different from each other, and in order to grow a strong fan base there needs to be a level of consistency.

You can find Cwn Annwn on Spotify and BandCamp.