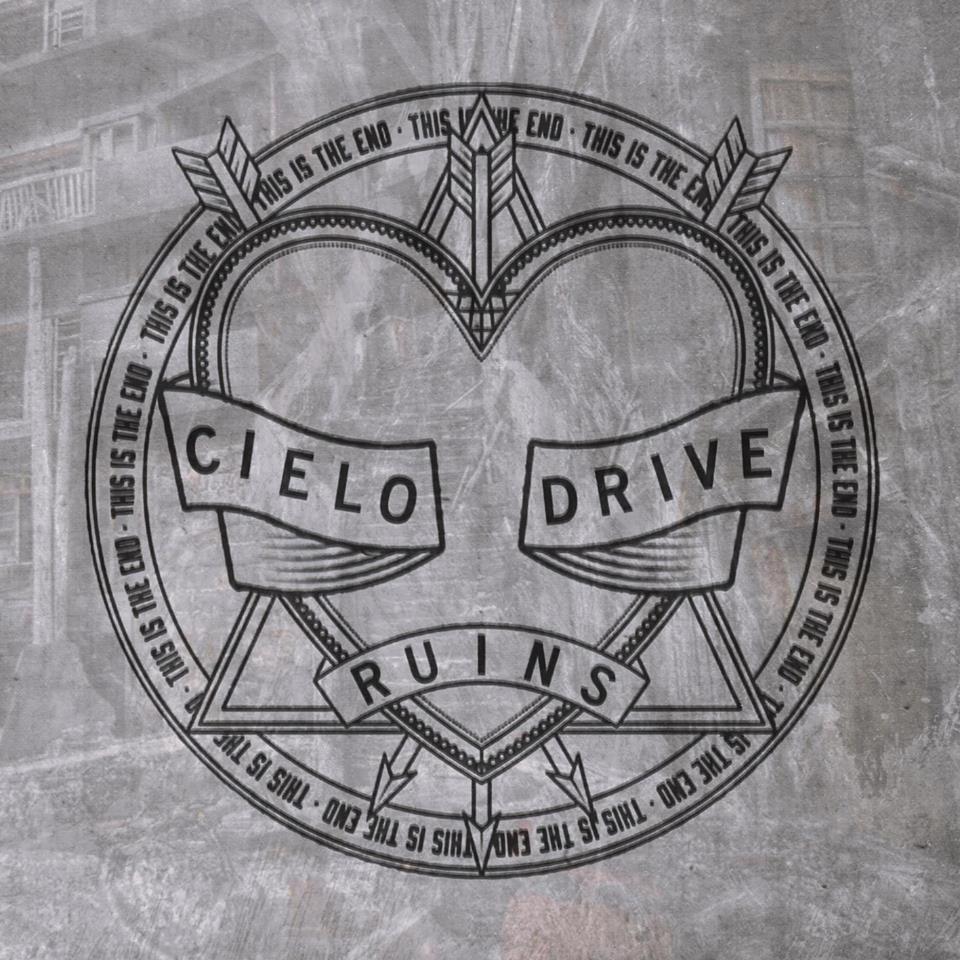 Previously called Scout Killers, the Bath based alternative rockers have now taken an infamous address as their new title. Number 10050 of that road, being the former home of the Manson Family, if you were curious. This debut LP is the first recording since the band joined forces with Ryan McCombs of Music House 37,( Soil / Drowning Pool ) and plans for a tour are to follow. Although it has been available for a couple of months, with influences listed such as ‘While She Sleeps’ and ‘Parkway Drive’, CIELO DRIVE needed to be heard.

The first of the 10 tracks ‘Rise’ has an interesting intro, the guitar sound is very precise and the drums come through really well. From the onset the vocals from Scott Cox are likeable, he has one of those voices that dig into your soul. The song slows up mid way, a change of tempo and this adds a lot of credibility to the bands writing skills.’Twist Of Fate’ again begins with first rate vocals. A nice guitar riff and a build up towards the end, again the guys show they have plenty of ideas that break a few of the normal barriers as I don’t think there’s a bass guitar. There is a more powerful message on ‘You Have It All’ it’s more moody and the twin guitars of Beau Stevens and Julien Morrez come across a bit more, especially towards the end. ‘The Rains’ is a haunting melody, where Cox demonstrates his range and ‘Beholder’ is another with a strong and mean delivery. ‘Honey’ has the most beautiful of intro’s so delicate, a slow burning and soulful track.

The experimental ‘Freak Show’ is a more mixed composition, more angry and again superb, as is ’Keep Telling Me Lies’ even though the vocals outweigh the rest of the band a little. ‘Let It All Go’ pushes it a bit more, a faster and more flowing number, nice backing and a more balanced approach. ’Worthless’ is the final track and the powerful, polished and moody sound returns, to end it on a level finish.

Ruins is a daring debut, Cielo Drive have amazing creative juices and all 10 tracks have something different to offer. However, maybe it’s a bit too lengthy as an introduction, an EP of four or five songs, may have had more impact. Not saying I didn’t enjoy the album, I did, as it shows Cielo Drive have great promise. The drums of Chris Philips are remarkable and clear throughout, although the vocals are dominant most of the time, that’s the bands style. If you like your music moody and soul binding, then this is definitely for you. Get a copy of Ruins HERE

‘Plenty of ideas that break a few of the normal barriers’