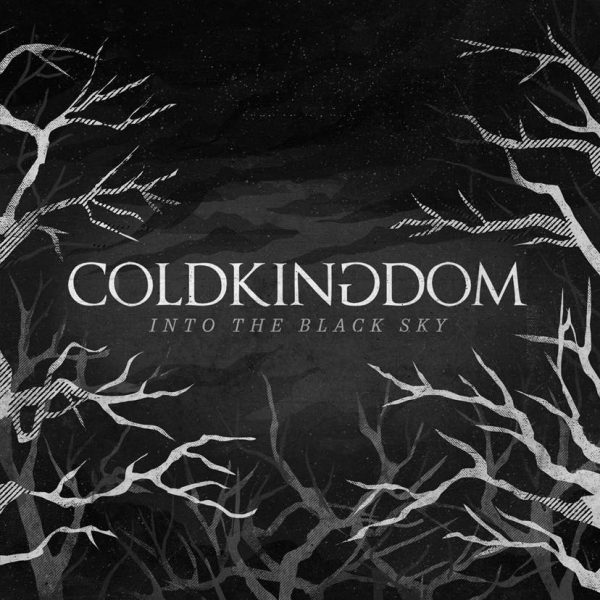 Much like their appetite for supersized meals, the American hunger for fat and heavy hard rock tunes is not one that is easily satisfied. Yet not all meals are created equal, which in the hard rock world means that for every Godsmack and Shinedown there are a dozen other lesser bands peddling the ‘big riffs, big choruses and meaningful lyrics’ sales pitch. Such pitches are likely to be down to the management or the marketing team rather than the band themselves, but when they all look like they’ve been written by the same computer algorithm it gets wearing pretty quickly. However, this week I decided to look past the cliched press release as it was for a band I recognised: Cold Kingdom. Their debut album, The Moon and the Fool, was released in 2015 and showed a band with the potential to rise above the over-used styles of their contemporaries. It certainly got them noticed and led to their 2017 EP being produced by Eric Bass (bassist with Shinedown). Now onto their second full length album, Into the Black Sky hopes to continue their upward trajectory.

On first listen I got the same mixed feelings of excitement and frustration that I did with The Moon and the Fool. The exciting bits are things like the fat, rhythm driven riffs and the easily engaging choruses carried along by the powerful voice of Elissa Pearson. “Devil In Me” takes the stomping and slow approach, all bass heavy and groove driven, with a stabbing chorus begging to be shouted back by an adoring crowd; “Ammunition” takes a more subtle approach, building and building through layers of instruments, before dropping into soft and catchy chorus that is one of the best on the album; then “Volatile” is the albums proper balls-to-the-wall rock track, with a thundering drum intro that never lets the pace drop from then on. Things get frustrating when Cold Kingdom mess up their own formula, no more so than on “Left Me Haunted”. Slower tracks are essential for the pacing on an album, but this one seems to be there just to show off the high notes Pearson can hit. Big held chords and powerful vocals aren’t what makes a chorus anthemic: the melody needs to hold up, and this one falls well short on that front. On the plus side, it is carried by strong lyrics that encourage people to ‘say something, take the weight off your shoulders’, adding to the consensus that the stigma around asking for help is, quite rightly, being broken down. Self-help seems to be a theme as “Invisible” tackles the issue of putting pressure on yourself to please everyone around you. With an easily relatable chorus and an excellent use of synths to carry the riffs and melody, this one is bound to go down well with fans. Although, it did remind me a lot of early Icon For Hire material, so I may be slightly biased. Both of the closing tracks, “A New Disaster” and “Fear Is Yet To Come” do a much better job of the ‘anthemic’ type chorus, with the latter featuring the best of the albums few guitar solos, ensuring that the album ends on a high.

Cold Kingdom haven’t really added much to their musical arsenal since their debut, they’ve simply reinforced what they are good at, which is no bad thing. It’s frustrating that, aside from the best two or three tracks, most are still teetering on the edge of being great. Instead, they fall into that category of ‘nothing bad but nothing great either’. It’s an enjoyable listen nonetheless, but more of a passing pleasure than an album to return to again and again. If you wish that Shinedown were less experimental or that Godsmack would return to a heavier sound, then you will enjoy this album a lot. If that kind of radio hard rock isn’t your thing, then why have you even read this far?

Highlights: “Devil In Me”, “Ammunition” and “Fear Is Yet to Come”

Into the Black Sky is available from 24th May and can be purchased here.