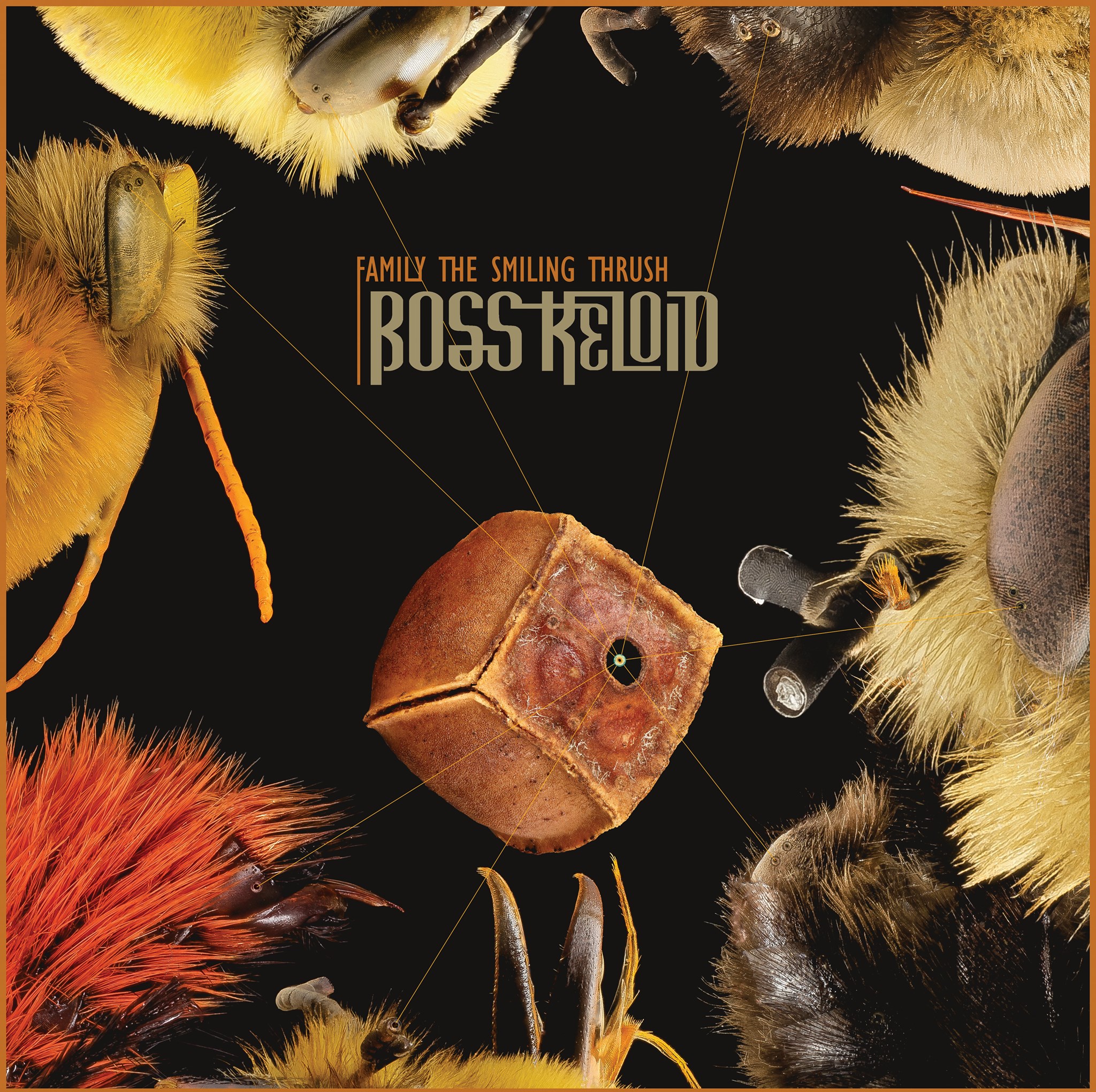 If you’re not familiar with Wigan’s Boss Keloid, you’re seriously missing out. Formed in 2010, the raw and sludgy Angular Beef Lesson and The Calming Influence of Teeth preceded 2016’s Herb Your Enthusiasm – earning them a slot on the Sophie stage at Bloodstock that year. That was my own introduction to the band; I was blown away by the hazy, proggy, heavy majesty of their set. It was enough to keep them on my radar for the release of Melted on the Inch two years later. Melted was much lighter than all their previous work, with the most overt nods to 70s prog rock and psych in their career to date. It was still undoubtedly a Boss Keloid album, with plenty of heavy moments – take the final minute of Jromalih or that riff in Chronosiam – but saw them delve into softer, rockier leanings. It took a few listens to really sink in and grow on me, but it was incredibly rewarding once it finally clicked. Hard to put many, if any, albums from 2018 above it, in my books. To say that Family the Smiling Thrush is well-anticipated is to put it lightly (at least by me and all the mates I’ve forced to listen to this band over the last five years). Recorded once again with Conan’s Chris Fielding at Foel Studios, it’s certainly a journey…

The nine-minute Orang of Noyn picks up where Melted left off, with Paul Swarbrick’s distinctive guitar phrasings and tone, dripping with organ-like octave effects, and irresistible bass drops by Liam Pendlebury-Green. Yet the atmosphere is a little more sinister than Melted, with tense chord changes and unstable melodies that lead wonderfully into the first heavy moments of Family. It’s a slow head-bobber, and difficult to believe that the wall of sound has been created by only four musicians. It progresses and develops with a true epic feel amid rich, resonant vocal lines. All of the vintage stylistics of Melted are present, but with a renewed hint of heaviness that harks back to Herb Your Enthusiasm. What an absolutely mighty opener. Groovy lead single Gentle Clovis follows in the same vein, with more familiar Melted-isms accompanying a huge, anthemic chorus and a jaw-dropping climax that sees Boss Keloid turn up the sludgy heaviness. The juxtaposition of 70s prog with Boss Keloid’s resurgent dissonance – and an impressively high vocal scream by Alex Hurst – is nothing short of stunning.

Hats the Mandrill is seven minutes of proggy madness, and one of the album’s standout tracks. A metallic groove leads into a monolithic slab of heavy psych and masterfully-chosen chord changes. With introspective philosophical lyrics such as ‘experience tells the story and you’re the composer’ and ‘your voice can elevate your mind’, Boss Keloid ultimately have a positive, uplifting message; a refreshing difference from the typical doom and gloom of many of their contemporaries. One of Boss Keloid’s most effective compositional techniques is the way they introduce a bludgeoning heavy part midway through, and then recontextualise it completely towards the end with much more laid-back instrumentation. It’s evident how well they understand the prog genre, and are intelligent with their music without ever coming across as self-indulgent. A lovely, melodic coda sees the song draw to a close. Smiling Thrush gets the heads nodding away from the word ‘go’, with more soaring vocal lines and psychedelic passages that could have come from the Zeppelin playbook. The use of dissonance during this title track has the hairs stand up on the back of your neck, especially as Alex belts ‘have you ever seen a smiling thrush’ without restraint. Well, have you?

Cecil Succulent sees in the last part of the album with jolty, bouncy phrases amongst Boss Keloid’s masterful miscellany of moods that feel familiar by this point in the album, but never outstay their welcome. Boss Keloid really have a unique sound; not fitting neatly into a singular sludge, doom, prog, stoner, psych or groove label, they are better off for this, and we are the beneficiaries. Grendle has a mischievous groove, with expertly-crafted dissonances hidden in, before another big chorus takes over. Slowly but surely it descends into a slower, hypnotic final segment, showing off their doom influences tastefully. Some of the best vocal and guitar lines across the whole of Family are found in Grendle; hopefully its place near the album’s end won’t prevent it getting the love it deserves. Certainly one for the coveted ‘deep cut’ status. The wonderfully-titled Flatt Controller opens on another chunky groove. With ample amounts of heaviness and epic moments of melody, it’s certainly a more memorable album closer than Griffonbrass a couple of years ago, which was a slight drop in quality after five incredible tracks before it. That’s not a problem this time around. The closing section sees Boss Keloid go into an ethereal quality that is maybe unusual for them, with soft melodies, major keys and acoustic guitars, but far from out of place. Without a doubt, a very strong way of ending the album.

If it’s not incredibly obvious by now, I’m absolutely blown away by Family the Smiling Thrush. Might be too early to judge if they’ve outdone themselves again – I’ll be listening to this album a lot in the next few months to make that decision. A stellar mix of their last two masterpieces.