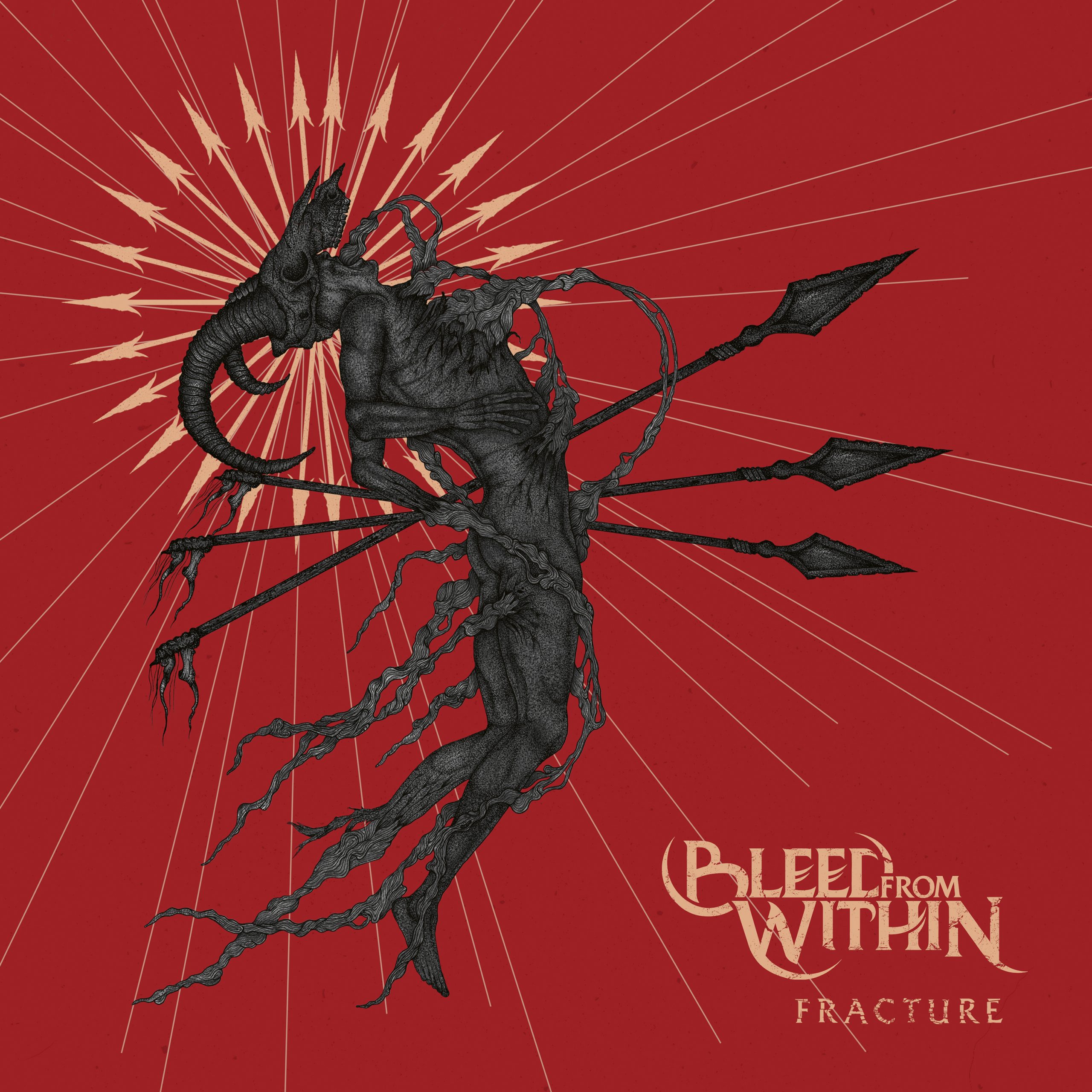 Glaswegian groove/metalcore act Bleed from Within have their fifth album impending release. With a five-year gap between ‘Uprising’ and ‘Era’, their last couple of albums, it was worth the wait as BFW significantly stepped up their game. Luckily, there’s only been two years between ‘Era’ and ‘Fracture’, and we were treated to the first single from this album at the end of 2019. It seems on ‘Era’ they found a nice run of form with their songwriting abilities and chemistry – perhaps with the arrival and influence of Steven Jones (also of From Sorrow to Serenity), now on his sophomore BFW album. ‘Fracture’ doesn’t stray too much from the quality or tone of the last record. It’s a solid effort – so if you liked ‘Era’, you’ll probably enjoy this one too!

‘The End of All We Know’ is a great opener, with a catchy hook and plenty of grooves that set the scene for the rest of the album. ‘Pathfinder’ is intense thrashy metalcore, tinged with electronic elements. Bleed from Within make clever use of pitch-shifting guitar pedals in a particularly face-contorting breakdown midway through, making them sound very much at the forefront of what it is to be a modern metal band. ‘Into Nothing’, released as single prior to this album, is mostly a midpaced, groovy stomp, although picks up into a nice thrashy section almost reminiscent of Slayer and has plenty of techy grooves towards the end. ‘Fall Away’ is another headbanger, with lots of Dimebag-inspired riffing. So far, so good. It’s what we’ve come to expect from the band, with a few more modern influences creeping in, and the standard is set fairly high.

Title track ‘Fracture’ begins with moody atmospherics and cleaner vocals, before going into some of the most technical, insane riffage that Bleed From Within have ever done. There’s plenty of crazy, weird guitar licks and effects that provide a fitting contrast to the melodic elements in the chorus. The alternation of the two styles works really well on this song. Definitely an album highlight. ‘Night Crossing’, unfortunately doesn’t carry on the momentum, and suffers from feeling like it’s been written for radio airplay – which is understandable for any band, but there are better-executed singles out there, and I felt like I’d already heard this song before on first listen. The guest solo from Matt Heafy is cool, though. His style of playing is clearly different to Craig and Steven’s. The momentum has dropped – does it pick back up in the second part of the album?

Amid a dramatic string section layered in the chorus, ‘Ascend’ has some cool, frantic, polyrhythmic grooves showing the newfound djenty side again. ‘A Depth That No One Dares’ suddenly throws in an extreme, blackened blast beat section for a few bars. Apart from that, there’s not too much of note going on in the less memorable second half. Songs such as ‘For All To See’ and ‘Utopia’ almost see the album outstay its welcome towards the end. Noticeably, all the songs on ‘Fracture’ are around the same length – the shortest and longest songs are only 72 seconds apart. This album falls into the same trap as ‘Era’ did, with a few similar-sounding songs that could have been cut. The album’s stronger moments and individual performances make up for it, regardless. Scott Kennedy is one of the best metalcore vocalists in the game, backed by Ali Richardson, who would walk into any metal band (Exhibit A: Sylosis) and a tight, cohesive string section.

Bleed from Within had been tipped as ‘the next big thing’ but they may be losing motion at this point. Bands like Architects and While She Sleeps are bigger than them, and boast their own sounds. ‘Fracture’ still sounds like a mixing pot of the band’s influences, which isn’t necessarily a bad thing, as it’s still a solid record. With that said, a djenty influence and a few modern atmospherics in the mix seem to be the only thing showing musical evolution from its predecessor. They’re not the first metalcore band to do this to update their sound as the genre slowly but surely becomes a ‘revival’ sound, and they won’t be the last. What’s next for Bleed from Within? Some of the novel technical moments worked really well on this album, although the band seem a little hesitant to allow those elements to spread their wings and fly. A little more innovation and exploration wouldn’t go amiss next time they hit the studio – regardless, I’m sure I’ll see this album on a fair few best-of lists at the end of the year. Worth a listen.