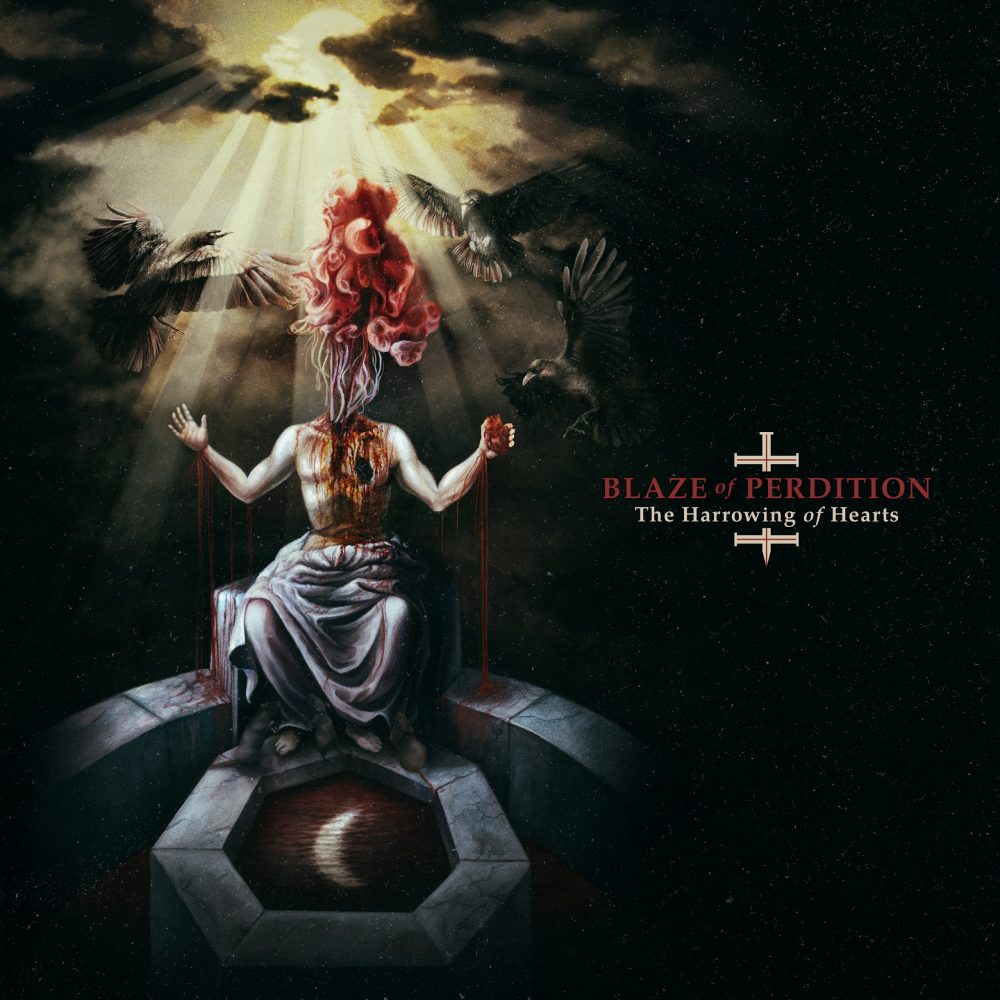 Blaze of Perdition returns with a new album. Polish black metallers from Lublin, once again offer a solid record full of melodic, yet harsh, black metal presented in their own, unique and still evolving style.

As Perdition and later as a Blaze of Perdition, they released their first demo Hard Recording Sessions in 2004. Since then they focused on new material, creating their style and collaborating with Ravendark’s Monarchal Canticle, Pseudogod, Devathorn and Erebus Enthroned what resulted in demos, split albums and mini-albums, until 2010 when they released their first full-length album Towards the Blaze of Perdition. A turning point for them was the year 2013. On 2nd November that year the band had an accident on their concert tour in Schwarzau am Steinfeld in Austria that took 23’s life and left Sonneillon and Wizun seriously injured. The future of Blaze of Perdition was up in the air. On the 4th anniversary of this terrible accident, the band released Near Death Revelations album, very varied, melancholic and sorrowful record- Blaze of Perdition’s own perception and experience of death. They continued experimenting with styles and techniques and worked on materials for a new record. With Conscious Darkness, album released in 2017, band set the expectation bar really high. There’s no surprise that their fans eagerly await a new album. And I can tell, they won’t be disappointed.

On The Harrowing Hearts you can hear a characteristic band’s style which started on the Near Death Revelations that was well developed later on Conscious Darkness, thereby Blaze of Perdition lost its ‘Watain-like band’ label it was stuck with before. The band’s latest issue proves that they still have another card up their sleeve. The album starts with Suffering Made Bliss and within just a few first sounds, you can easily tell, that The Harrowing Hearts is a new chapter in band’s history. It feels a little bit less aggressive, blasting beats are tempered and guitars are more well defined and more diverse. With Madman’s Faith quickly reveals gothic-like vibe. It’s a grim and dark track, baring Rotting Christ’s influence. Transmutation of Sins is my one of my favourites of the album. The modern and post-metal feel of this track shows mature approach with a unique blend of sound. Blaze of Perdition takes the best of classical black metal to interpret it all in their own way. Królestwo Niebieskie is the only track recorded in band’s native language, lovely contrasting and replenishing the whole of The Harrowing Hearts. Still, I have a feeling that Sonneilon’s harsh vocals sound better in polish, than in english, but I think it’s a matter of preference. He is squarely leading all tracks with his powerful voice, whereas the instrumental streams like water in a turbulent river. With What Christ Has Kept Apart, Blaze of Perdition proves they didn’t lose their fierceness. They’re still having that ferocious aggression, yet oriented on something beyond. It’s more concentrated on emphasising complex and occult-like lyrics addressing corrupted God than blasting sounding. The Great Seducer at some point reminded me of Behemoth experimenting with sounds towards a more technical vibe. It seems like Blaze of Perdition is taking a great inspiration from others and still evolving their own style, creating something unique. It’s a broadly-based piece revealing an inconceivable passion and ambition of musicians. The closing track is a cover of The Fields Of The Nephilim’s Moonchild. Blaze of Perdition payed a great tribute to the band reliving this cult classic track with their own twist.

With The Harrowing Hearts we have received a well structured, composed and thought out album revealing a mature and modern approach to classical black metal. An addition of influence of gothic and post-metal vibes are well balanced and give a lovely accent to overall band’s fertileness. A new direction and constant need to evolve lead Blaze of Perdition in a good direction and I’m very happy to follow them on this journey.

The Harrowing Hearts is available via Metal Blade Records from 14th February 2020 and can be purchased here.