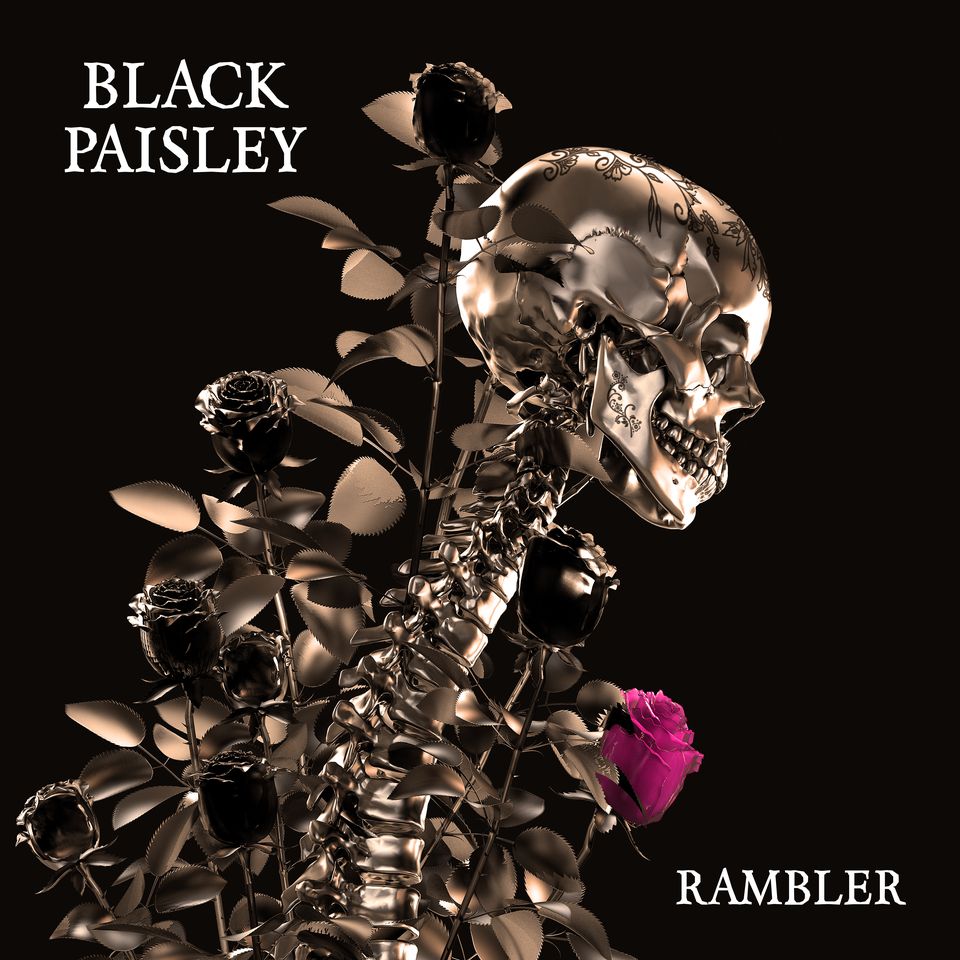 The third album from the Swedish band, that now have Franco Santunione on board. Franco, best known as Ex-lead guitarist with the Electric Boys, has also produced ‘Rambler’ for Black Paisley. Starting off in the late 80’s, in the covers band ‘Stephmetal’, vocalist Stefan Blomqvist decided in 2015, that a change was in order. Dreaming of playing his own material had been a long time ambition, so he took the name Black Paisley, after Richie Sambora’s signature 1987 Fender and got the project underway. The band members have undergone a few changes since the beginning, but with Franco now on guitar, it’s almost a Swedish supergroup! The new line-up of Black Paisley in full, is Stefan Blomqvist – guitar and lead vocals, Jan Emanuelsson – bass, Franco Santunione – guitar and backing vocals and Robert Karaszi – drums and percussion, who is back in the band after playing on the debut album ‘Late Bloomer’. Black Paisley spent all summer writing and recording the album at the studio of Martin Karlegård (Reptile Smile), who also contributed on backing vocals.

The opener ‘Damned’ is an absolute devil of a song. A catchy, bluesy rhythm with easy going guitar and Stefan’s scratchy voice make it a pleasurable listen and has to be my favourite on the album.  ‘Without Us’ is a real smoothie and we soon learn that Stefan can produce higher vocals just as effortlessly as the lower rasping on the previous track. He is also an extraordinary songwriter, as the lyrics just flow along.

‘Don’t call it love, If you don’t feel it, don’t stop me now, don’t wanna leave yet’

A step up in melody, with the recent single’ Higher Love’. It’s more of a swaying number with loads of backing vocals, that act as a buffer to the swaggering guitar from Franco, there’s even another catchy hook on this one. Fourth track ’Save The Best’ has a ‘Springsteen’ feel, faster and with more body, it screams along, not letting up for an instant. ‘Timeless Child’ gets us into a more steady drive. Lots of harmonies and voracious guitar make it another that is full of charm. The guitar blends easily with the adorning lyrics and the result is enrapturing. We head on down to the waters edge with ’Take Me To The River’ a stomping drum intro leads into strident vibes with a singalong chorus. You will find yourself reciting this one for a while, even after the first play.

‘Falling (The Ballad Of Mary Goore)’ is the band finally reaching for a ballad. Although this is more uplifting than most, it’s a soul finding and heart warming track and it also has a likeable grace about it. Gently rolling along, it’s a slow one and it’s packed with melody. ‘Give It Up’ is the last song and we delve into a more heavier mood. A riff and some impressive guitar, strumming to a more rock fuelled effort.

The result is a classic AOR and melodic album. What we have is the foundation of well executed music, from very experienced and well established musicians, with the added bonus of incredible songwriting and faultless delivery. You have to applaud Mr Santunione for the production, which is perfect. I also like the booklet that you can download, with all the lyrics and information about the album, the same you would receive with a physical copy. The album cover is another delight, featuring artwork by Tanbeeed Amin.

“It feels incredibly exciting to be part of an upcoming band with everything it entails in terms of energy, ambition and forward thinking”, says Franco Santunione.

“We are very glad to have Franco in the band. He will contribute with his experience both on stage, as a songwriting partner and in production”, says singer Stefan Blomqvist.Franco Santunione (ex Electric Boys) to Black Paisley

Highlights – Damned, Save The Best, Falling.

To learn more about Black Paisley and to order a copy of Rambler, visit their social pages below –